Join five unsuspecting heroes in Chroma Squad, a quirky and cute tactical role-playing game by Behold Studios. I’m generally not really into indie games, but the Humble Bundle offered nine games or so for $3.50, so how could I pass that up? After looking through my list of newly acquired backlog, I noticed Chroma Squad, a tactical RPG. It had been a while since I played a game such as Final Fantasy Tactics or Disgaea, so how about I give it a shot? 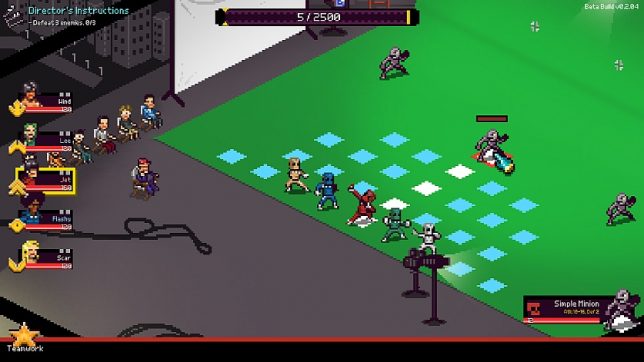 Chroma Squad stars five actors who have roles not unlike the Power Rangers: Five teens given mystical fighting powers and control of a huge mech for great battles. Of course, it’s all just a TV show…or is it? The actors get tired of their overbearing director and set out to form their own TV studio. The squad must fight battles according to their scripts, and make it action-packed and exciting, gaining additional abilities and clout by racking up a strong audience and fans of the show.

The gameplay is a tactical RPG, but is a bit more casual and carefree in part of the plot, but also there isn’t a huge amount of stats or gear or classes to worry about. Those do exist, but I found I was able to get through the game with relative ease without sitting for hours in planning stages like more traditional tactical RPGs. 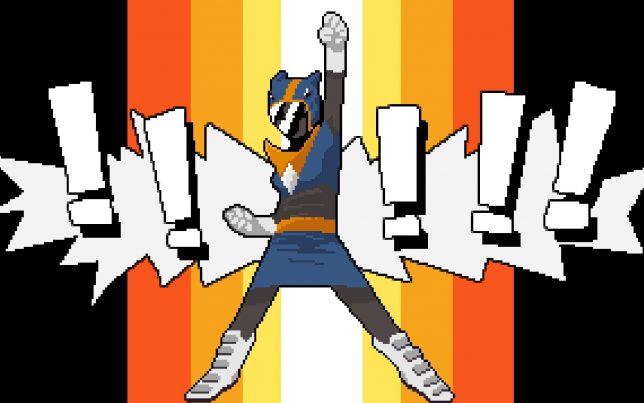 The graphics are a real treat; a fun 8-bit affair with an isometric view. The music, however, is simply amazing. Probably some of the best music I’ve heard in a long time from a game, certainly not what you’d expect from an indie game—action / adventurous music with a great 8-bit twist. Check it out on spotify.

The main game will take you about 15 hours to complete. When you’re done, there’s a New Game+ where you can go back for additional challenges.

One thing I was put off with was the fact that you couldn’t go back and grind for additional money or fans. But, the game doesn’t actually have experience points, and once I got a feel for the unique aspects of the game, I didn’t feel the need to go back and grind. There are also a few things in the game that aren’t explained well, such as the crafting system and associated workshop, and the fan conversion system. There’s no in-game manual or separate PDF download, so you’ll need to search a bit online to figure it all out. Basically, a percentage of an episode (battle) audience gets converted into permanent fans. Fan power can then be used to acquire boosts from your advertisers, which are put under contract with money (which is also acquired from doing well on episodes). 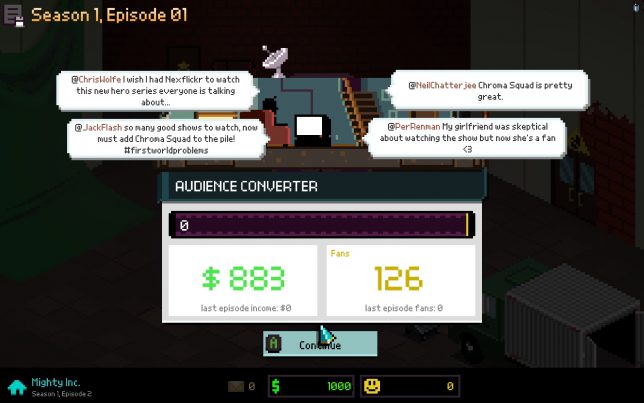 Because of the nice difficulty system, you can make this game as casual or hardcore as you want, and still not have to spend a lot of time grinding or tweak equipped skills and such.

Definitely check it out if you’re looking for a quirky, campy RPG!