Welcome to another tantalizing edition of the THUMBS that judge the games of the future! We are, as you may know, in the midst of a bit of a summer lull, with many of us eagerly awaiting the many promised jewels of the coming holiday season. So while we continue our painful, painful waits, let us venture into these games of the FUTURE and see what they hold for us! 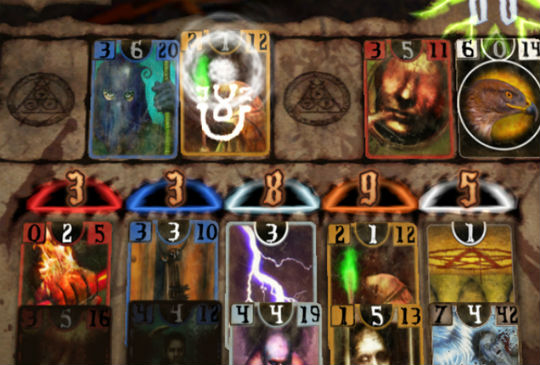 I really thought we were long passed the days when we exchanged C’s for K’s. Haven’t we already moved on to not using Z’s to replace S’s? While this game is setting back naming standards hundreds of years, I just can’t wish ill upon it! A card game designed to be a videogame by Richard Garfield!? The one true deity of my childhood? How could it NOT be amazing!

Of course, not everyone spent their pre-teen, and teen, and after-teen years playing Magic: the Gathering, so PERHAPS not everyone is as pumped as me upon hearing the news… HAH, no no, of course everyone is. It’s gonna be so great, you guys! Now I just have to find an iPhone to confiscate… 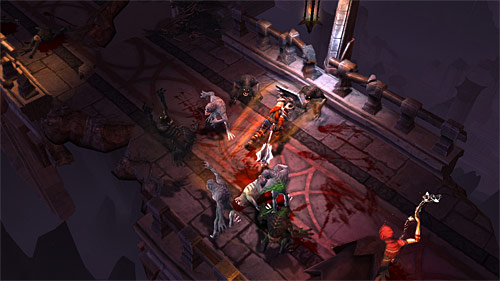 Again with the lame names! Isn’t RUIN kind of generic and common? I mean, I’m pretty sure I was following some other game with this name, and just stopped caring about it… I think this one’s different, though. It looks a lot more like…like…DIABLO! My favorite game to compare games to! Well, at least that one month… It’s a pretty fun and easy comparison to make, though. I mean, “Diablo” describes a game far better than most genre labels do. It’s like its own genre!

While I do love me some Diablo games, this particular game seems like it could have a few unfun issues. First, it’s on the PlayStation Vita! A great unknown. Well, I mean, there is tons of info out there about it, but…but still UNKNOWN! I haven’t played one. You haven’t played one. Who knows what it’s like! Perhaps it is powered by the user’s own life-force; we have no idea.

Multiplayer is a big deal in Diablo games, and I just don’t know how the Vita will handle that. It will have multiplayer, though! So that’s a plus…or IS IT?? Because in RUIN, the other players will be your rivals! Whom you can help OR harm! Oh man, that sounds like it could be a pain. Perhaps it’s more like Magika in that regard, but that sure got annoying at times, even though it was also a major part of the fun of that game… Oh man, Catch 22. I just can’t say I have high hopes for this one.

CO-OP! The THUMBS’ favorite hyphenated grouping of letters!  Of course this is a shooter. That’s not a knock against it. Co-op shooters can be lots of fun! Like Left 4 Dead, which this game likes to compare itself to. A lot. Of course…it’s L4D without the zombies. Not a single zombie here! Strange for a shooter, right?

The zombies will instead be replaced with…stealing stuff? Well that is new-ish, I think! I don’t recall too many games where you are the bad guy. Well, I mean, other than all those enormously popular GTA games and GTA knock-offs. But this is different! You are stealing CASH MONEY and taking hostages! Just like your favorite heist movie! Payday is also a downloadable game, so there’s some potential for it to have more bang for its buck than L4D and its four hours of gameplay.

In all, it seems like a pretty interesting concept. Hopefully the execution will be there! At the very least, it deserves to have a few eyes kept on it. 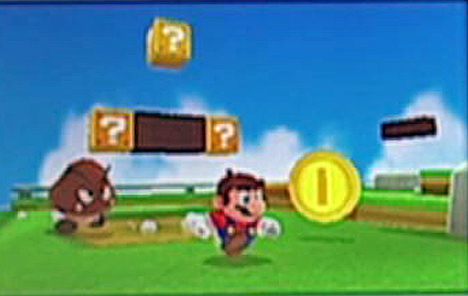 So if you didn’t know already, the 3DS will be getting its own Mario game. SURPRISE! Look SPOILER ALERT, you already know this game’s going to get a Thumbs Up. How could it not. It’s MARIO! Even when a Mario game is sub-par, it takes us decades to finally admit that to ourselves. It’s just in our DNA as videogame fans to love Mario. He’s the ringleader of it all! Our first hit of our favorite digital drug.

Super Mario 3DS is a Mario game that is going to do Mario things, and we are all going to love it. It’s also bringing back some nostalgic love with some of our favorite Mario costumes, like the raccoon suit! Hopefully that frog, too. Oooh and the Hammer Brother suit! The 3DS may not be a hot commodity now, but I can definitely see things heating up with this release.

This is one weird game. It took a bit for me to digest it all. At first glance, it seems like a children’s game that I would have died to have as a child! At second glance, is seems like a marketing tool to sell a bunch of toys that are barely toys. Upon even more glances…well I just don’t even know!

This is most definitely not a game for the fans of the original Spyro games, as they’re all too old for this type of thing. And this is coming from someone who loves toys! Perhaps it’s a game for the children of Sypro fans, though I’m not sure how big a demographic that is. Basically, it’s an action-adventure game that comes packaged with three toys. You place the toys on a platform, and the game reads them and then you use those characters in the game. Fun-ness abounds. Of course, there are 32 characters in all and you will have to be buying the rest of them if you want to enjoy them in-game. It just feels like an awful lot of work, and I can’t really see it catching on. Though, I AM sure it will be quite the ultimate awesome game for many children out there.

Sadly, this concludes another edition of the PSYCHIC THUMBS. But never you fear—they will be back next month! Giving you plenty of time to dust off some shelf-space for all of your new Spyro toys. Trinkets! THEIR POWERS ARE TOO STRONG.

Anyways, next month will most definitely be THE BEST THUMBS EVER, after this edition, of course. Next month’s is ALWAYS the best. The Thumbs: they just keep getting better and better!