Years ago, Starbound hit Early Access on Steam, although the version made available was very much playable. Even more shocking for an Early Access title was that it reflected accurately the gameplay of the finished product. With perhaps hubris, and a certainty that the game needed only fine tuning, we here at GameCola gave it an award and a review despite knowing fully that the game could change greatly. As is the nature of these things, it both did and did not evolve into a wholly different entity. The nature of this article is to reflect on Starbound as it was then and the changes that made Starbound as it is now. 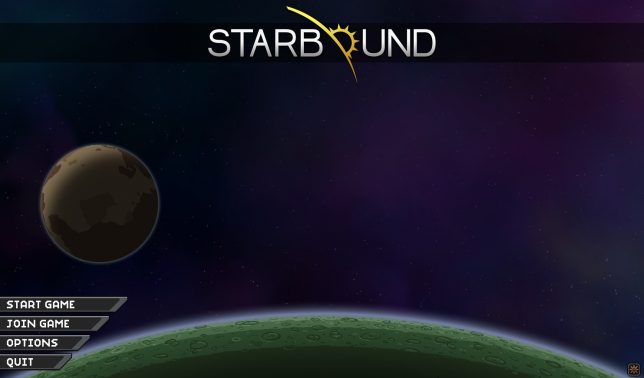 It’s still Starbound, even after everything.

Starbound still is the galaxy exploring game where you gotta collect fuel to go to different worlds to loot for treasure. This core part received a few changes however, starting with the inelegant Sectors system. Originally you had to find coordinates for the next Sector of the galaxy, which would give you access to stronger enemies, better materials, and increasingly more alien environments. This seemed to have always been a placeholder, and now we’ve got a fully open galaxy to explore. Gating our advancement isn’t the inability to view planets above our tier, it’s the hostile environment of most of the higher end planets. And originally you adapted to these environments using Techs—cybernetic modifications that needed to be switched out for each planet you visit—but that system has been changed as well. 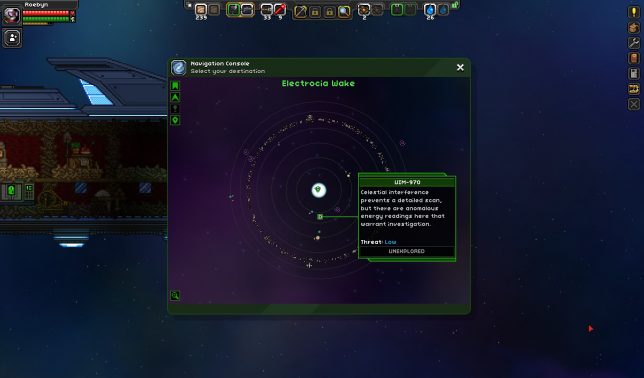 Space travel’s change is perhaps one of the biggest made to the series.

Equipment has changed as well: tiers of armor were rearranged, weapons were altered and even removed, and even the very means of crafting has been altered. First thing to make mention of is that environmental adaptations are able to be equipped on your back, fitted with modifications to provide bonuses to things like damage, health recovery rate, or providing ambient light. Armor has been heavily modified, tiers based on precious metals like copper, silver, gold, and platinum have been removed or modified, and most now only are available from in-game vendors. Weapons used to have different aesthetics based on player race, along with different attributes, however they’ve all changed into a single aesthetic and single attribute. Instead, the procedurally generated weapons were buffed significantly, even having special abilities that set them apart from what you can craft, while firearms were made more plentiful as well as more powerful. A greater variety of cosmetic items are also made available, based off of environments and NPCs found in the game. It’s a lot of improvements, although some of the old stuff will be missed. 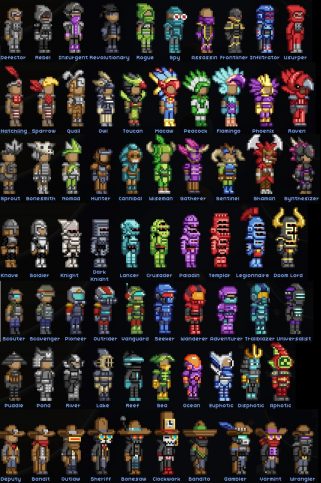 New armors, new reasons to be thankful for the cosmetic slots.

Biomes and environments have changed greatly, as well as the ways you may decorate your ships and homes. Some environments were removed entirely, or their blocks repurposed to serve in other content in the game, and some blocks behave with different physics now. Every day special themed furniture is now available, NPC buildings are stocked with items that are usually able to be crafted after finding them in the world, and environments now have themed furniture and decorations based off their aesthetic. There were also alterations to spaceship designs, some changing slightly, others being radically redesigned, and of course an entirely new one was added. On top of this, environments even have damage associated with certain aspects, initially just lava in the beta but now there’s acid rain, poison, fire rain, and even meteor storms. Traversing the world, building your structures, and even how the blocks act have all been altered at this point. 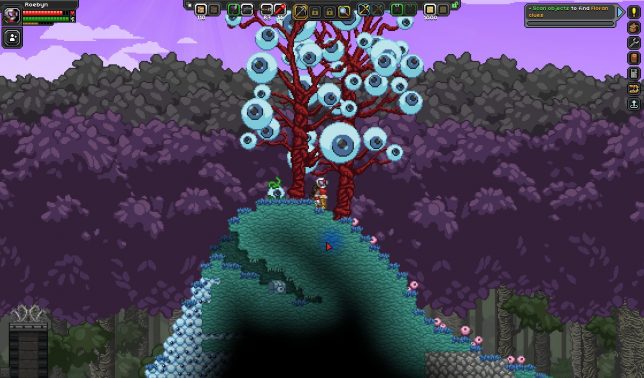 The way you play through the world has changed greatly as well. Initially, NPCs were only found scattered through the stars, tucked away on planets with no way of knowing who is hostile or not until you find them. Then the Void Station was created: a hub of sorts accessible from every system, which would serve as a gathering point for NPCs and eventually quests. Quests were implemented, and while at first of limited scope they later expanded. First, simple fetch quests and ship upgrading quests, a main story was created with new boss fight content, and unique levels themed around each of the game’s races. Extra unplayable races were added, each with their own unique aesthetic, and the tenancy system was adjusted to allow for these races to join your settlements as well. A crew system was added, allowing you to recruit NPCs from various settlements if you do enough quests for them, each providing unique benefits to your ship’s operations, and your crew size expanding as you upgrade your ship. Starbound went from being an improvement upon Terraria and Minecraft‘s model to its own emergent entity.

Quests, dungeons, ships! Even a new place to interact with NPCs!

Some of these aren’t all that great, to be honest. Some quests require you to find really difficult things in a short period of time. The main quest is rather silly, a cliche of Space Ancients and about how Unity of the Races put them to sleep. Invulnerable Space Ghosts now attack you when you try to harvest fuel on moons. There’s a mecha system that’s lacking in content. Losing racial weapons in exchange for a flat system is unfortunate and takes away a layer of customization that randomly generated weapons just don’t give. There’s a clunky Creature Capturing system implemented that doesn’t do much more than create a fool-hardy ally that runs off to die at the sight of any enemies. It’s a mixed bag, but there is hope!

Maybe it was a mistake to review Starbound in its beta, but I stand by my decision. As a game, it has changed drastically over its development and I think it’s better to change later than sooner. I write this four years after the game’s initial review and they’re still issuing new content. A faction system and bounty hunting are both on the way, as an example! Improvements upon other features are probably also in order! It’s amazing that Starbound has been constantly developing for so long, especially since they could’ve called it a day four years ago, at which point who would’ve noticed the game was unfinished?

Much that things change, they also do remain the same.

Baldur's Gate: Dark Alliance finds its basis in the shadow of table-top games such as Dungeons Dragons: no set storyline for the character as the story commences, no evil empire to overthrow, no worl