I’ve never been big on multiplayer first-person shooters. They require a lot of time, patience, and liberal use of the mute button against ungrateful yuppie larvae. That, and the way the gaming industry is going, you have to pay to have advantages over your peers. 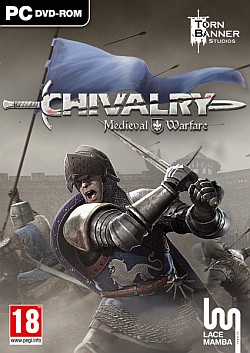 Some time ago, I picked up Chivalry: Medieval Warfare free in some giveaway, so I recently installed it and gave it a whirl. Now, technically, this isn’t a shooter, but a hack-and-slash, as you are primarily engaged in melee combat. Well, except the archers. Everyone hates archers.

The game is very well made—you’d think it was made by a AAA developer studio. The graphics are pretty stylin’ and the gameplay is pretty sharp. Assuming you’re one of the three melee classes, you’ll be focusing on performing slashes, jabs, and overhead swings to hit your opponents. You can also parry and block to counter your enemies. It’s a fairly strategic game where you need to get the timing right to stay alive and do some damage.

There are three classes you can choose, and like an FPS, you can switch between them on your next life. There’s the speedy but brittle Man at Arms, the slow and sturdy Knight, and the average-strength Vanguard who specializes in spears and polearms.

[Editor’s Note: The “blood and gore” noted in the warning at the top article is primarily in the video below. Take that how you will.]

There’s also the fourth class, the archers, which are quite good at annoying everyone on the battlefield, shooting your buddies in the back, etc. Things can also get quite hectic when everyone’s bunched up. If you don’t switch to forward-striking jab attacks, you’ll do a wide slash and obliterate your allies. So, watch out for those big swings, unless you’re playing an insane free-for-all match where anything goes. 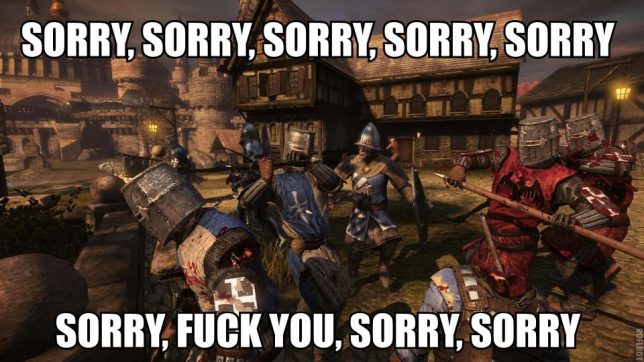 There’s a standard array of modes: Free For All, Team Deathmatch, Last Team Standing, and also some mission-based maps. These include slaying villagers and attacking a town, assassinating a king, and a few others. Some of these involve using a battering ram or catapult which can be a nice change of pace.

There’s an experience system where the more you play a class, the more alternate weapons you can accumulate. For example, I typically play a Vanguard, so I’ve unlocked most of the polearms you get. You can also customize your character’s outfit to a degree, but a lot of the customization is behind a bunch of microtransactions which are ridiculous. Thankfully, there’s no play-to-win items that actually give you an advantage over other players, so it’s a pretty level playing field.

If you’re looking for a fun, gory little game to let off some steam, then definitely check out this title. The melee combat is much more engaging than I thought, and really beats anything else that I’ve tried before. You probably aren’t going to spend hundreds of hours playing this game, but it’s a good distraction.