From the moment I watched Marth do that behind-the-back counter of the Risen’s axe attack in Fire Emblem: Awakening, I knew I was in love. The Fire Emblem series takes some of the best parts of gaming—epic character designs, complex characters and plots, and strategy—and combines them into one glorious masterpiece. So, when I heard about Fire Emblem: Heroes, a Fire Emblem game for your cell phone, I was super excited, but also a bit skeptical. Would Fire Emblem be able to work as a phone game?

(Spoilers: The answer is yes.)

Like the traditional Fire Emblem games, in Fire Emblem: Heroes, you serve as the strategist for a group of young nobility on a mission to save the world from the forces of chaos. However, instead of recruiting new characters to help you along the way, you summon heroes from other games—I mean realms. 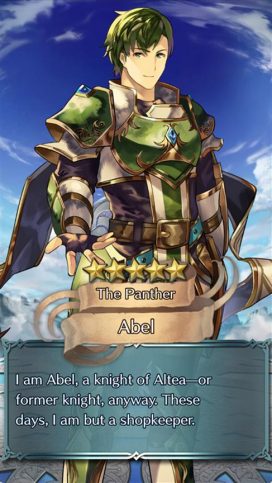 One of the coolest parts of summoning is that it introduces you to characters from games in the Fire Emblem series that you might not be familiar with. For example, I’ve only played Shadow Dragon, Awakening, and Echoes from the Fire Emblem series, so I’m generally unfamiliar with all the other characters from the other games. With the summoning feature, I’m introduced to characters from games that I don’t have access to, such as Genealogy of the Holy War, but also games that I didn’t play due to bad reviews, (mostly Stefano’s rant about Fates).

In addition to playing with characters from other games, Fire Emblem: Heroes also introduces its own unique characters and story line, and includes story lines for the summoned heroes, based upon the events occurring in the main story and the new heroes introduced by the developers.

By incorporating the story lines of other Fire Emblem games into the story for Heroes, the developers are not only able to draw upon the deep Fire Emblem lore, but they are also able to garner the player’s interest in other games/characters.

The gameplay of Fire Emblem: Heroes is similar to most Fire Emblem games. You move your party across a map, utilizing special abilities and the weapon triangle to strategically fight enemies. Unlike most Fire Emblem games, however, Heroes is locked into “casual” mode—meaning that fallen units are lost only for the duration of the battle, instead of permanently. While this gimmick does detract from the serious strategizing required to keep all your units alive in some levels, it does introduce an added layer of strategy: strategic sacrifices. (Unfortunately, my sacrifices tend to be less strategic and more like, “WHOOPS! I forgot that was there!”)

Special maps are also a feature of Fire Emblem: Heroes, and although it usually just involves fighting a new hero, fighting through multiple levels back-to-back, or fighting to gain points to “vote” for a certain character in tournament style brackets, Heroes just recently introduced a rhythm-based level reminiscent of Final Fantasy Theatrhythm. 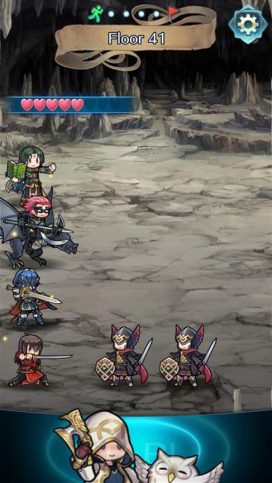 All in all, Fire Emblem: Heroes masterfully incorporates the base elements of the Fire Emblem franchise onto a mobile platform. The lore and characters of previous games are honored while still being included into a new, immersive story line. Even though the artwork is not consistent and the music lacks the epicness from the games, Heroes is a strong entry into the Fire Emblem series, and serves as a gateway game for more casual players into the deeply developed worlds of previous games.

Doom on your state-of-the-art 486 was less a game, more an experience. However, after battling through two episodes, it begins to get a little stale. Up comes the final level of episode two, "Tower of ...