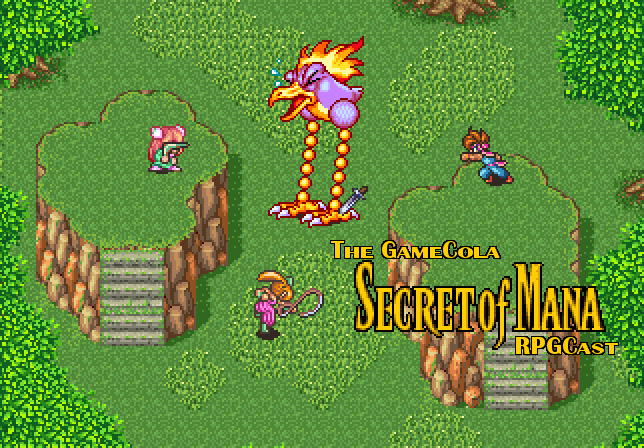 Now that they can return to their village, the Moogles are having a super fun dance party! Will Sprite be able to say the same by the end of the episode? Alex Jedraszczak guides James “Valor” Pelster, Anna “Harper” Bryniarski, and Joseph “Sprite” Martin through the second half of the Upper Lands saga. Enjoy such tabletop RPG shenanigans as:

All your favorite Secret of Mana moments (and some you never knew) are waiting just below! Or you can hop over to iTunes and add it to your device of choice to listen later. And why not get all your friends to join in the fun, too? Share our post on Facebook, reTweet our Tweet on Tweeter, or just use the #GCRPGCast hashtag to let everyone know you’re listening and find more friends to share the experience with! Speaking of which—you can now join the staff and other fans on the GameCola Discord! Stop on by and share your favorite moments from the episode.