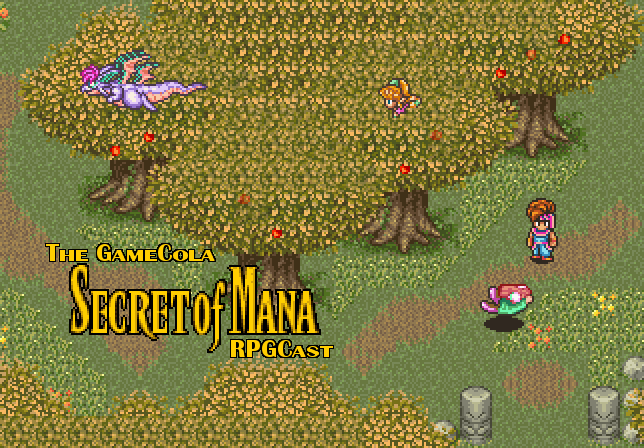 We join our heroes deep in the forests of the Upper Lands, having just heard the plight of the Moogles. Will they help the Moogles return home, or will they get spend the entire episode being distracted by everything in the forest? Alex Jedraszczak leads James “Valor” Pelster, Anna “Harper” Bryniarski, and Joseph “Sprite” Martin through a D&D-ified version of Secret of Mana. On today’s episode:

And we’ve even managed to keep the podcast under an hour! Click the player below to listen now, or you can queue it up if you subscribe on iTunes. While you’re at it, don’t forget to Facebook, Twitter, and YouTube it up!