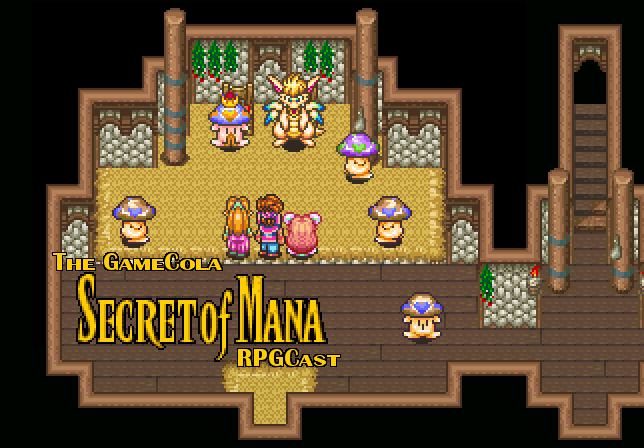 The Sprite Village has been saved (?) and now it’s on to Matango! And what quicker way to get there than by exposition? Join Alex “Jeddy” Jedraszczak as he D&D-ifies the SNES classic Secret of Mana for James “Valor” Pelster, Anna “Harper” Bryniarski, and Joseph “Sprite” Martin. Don’t miss out on:

Ready or not, the podcast player is right below! And I mean, if you’re not ready to listen at this exact moment, you can always get it on iTunes and listen at your leisure on the device of your choosing. And while you’re waiting, why not share the #GCRPGCast with all your friends on your social media platform of choice—or come hang out with the cast on the GameCola Discord? The world is your oyster!