It’s a common experience for fans of GameCola. You’re watching our Let’s Plays, you’re listening to our podcasts, and there’s just one thing on your mind:

That was the thought going through the mind of long-time superfan Julia Fletcher when she e-mailed us with today’s DebateCast topic: 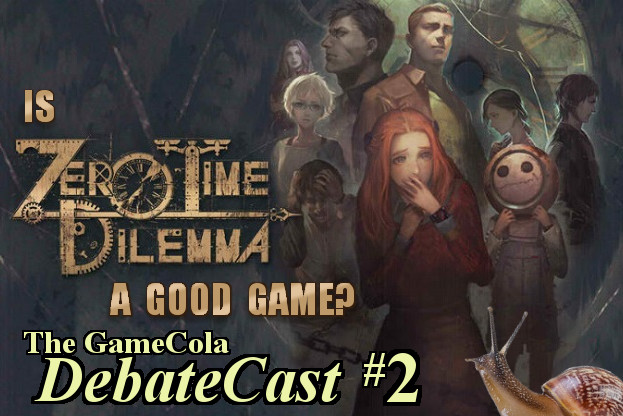 On the defending side, we have GameCola’s Ace Fangirl and resident Zero Escape franchise expert Diana Gray maintaining that Zero Time Dilemma is a good game! On the opposing side, we have guest GameCola superfan Julia Fletcher proposing that the game has a list of critical failures.

So, join Joseph Martin as he hosts the debate in the proper format through:

Get buckled in because you’re about to go on a wild ride! If you don’t have an hour to buckle up at this exact moment, no worries—you can find this podcast on iTunes so you can listen to it at your leisure.

And if you have a suggestion for a topic you’d like to see debated—or to participate on the podcast yourself—email the Editor-in-Chief to let us know!

By the time you read this, I can only hope this horror is a fading memory. For now, however, I am suffering through truly the grimmest day in my gaming life. Without delving too deeply into my persona ...