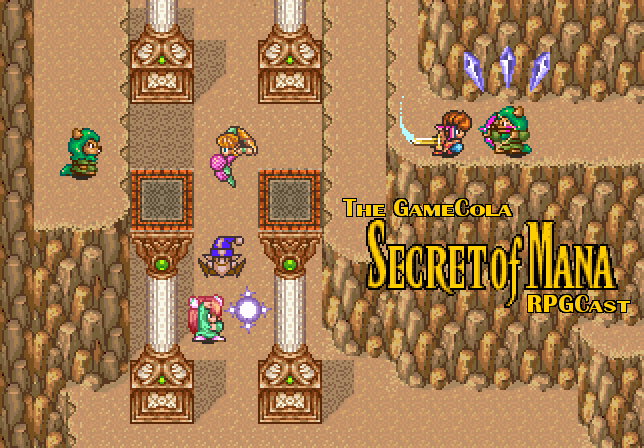 We’ve been talking about it since Episode 6, and we’ve finally made it to the Fire Palace! Much like the story getting to this point, the path through the palace to place the Mana Seed on its pedestal is a labyrinth in its own right.

Listen in as Alex “Jeddy” Jedraszczak DMs this tabletop RPG campaign based off the SNES classic Secret of Mana, guiding James “Valor” Pelster, Anna “Harper” Bryniarski, and Joseph “Sprite” Martin through Kakkara and the Fire Palace. Along the way they encounter entertaining shenanigans such as:

And, you know, the entire rest of the episode. So listen at your leisure, whether on iTunes or here on the site—and don’t forget to follow us on Facebook, Twitter, YouTube, and so on. Already doing all that? Then, be sure to share the #GCRPGCast on your favorite social media platform, so everyone can enjoy the show with you!