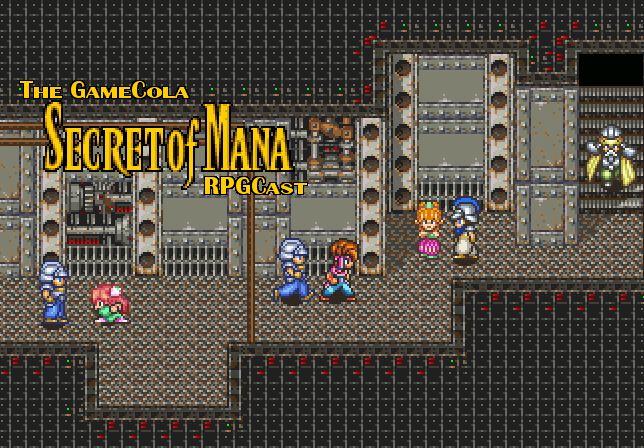 Half the fun of the RPGCast is ignoring the canon story—and we finally get around to doing that in a major way in this episode! Your Jeditor-in-Chief, Jeddy the J-Man Jedraszczak, guides James “Velour” Pelster, Anna “Harpér” Bryniarski, and Joseph “Sprité” Martin on this not-entirely-classic retelling of Secret of Mana. In this episode:

But you won’t know any of that if you don’t listen! And you won’t be able to talk to your friends about all the exciting adventures if you don’t tell them about the show. Be sure to share the show on Facebook and Twitter, so more people can join in the fun!

Horses, Tom had quickly learned, are idiots. From a young age they are apparently tempted to wander into the most precarious places imaginable, such as jagged mountain passes, valleys filled with ragi