It turns out that Daniel has an ever growing collection of Halo Mega Bloks—in this column, he talks about some of his favorites models and general thoughts on the Halo series. 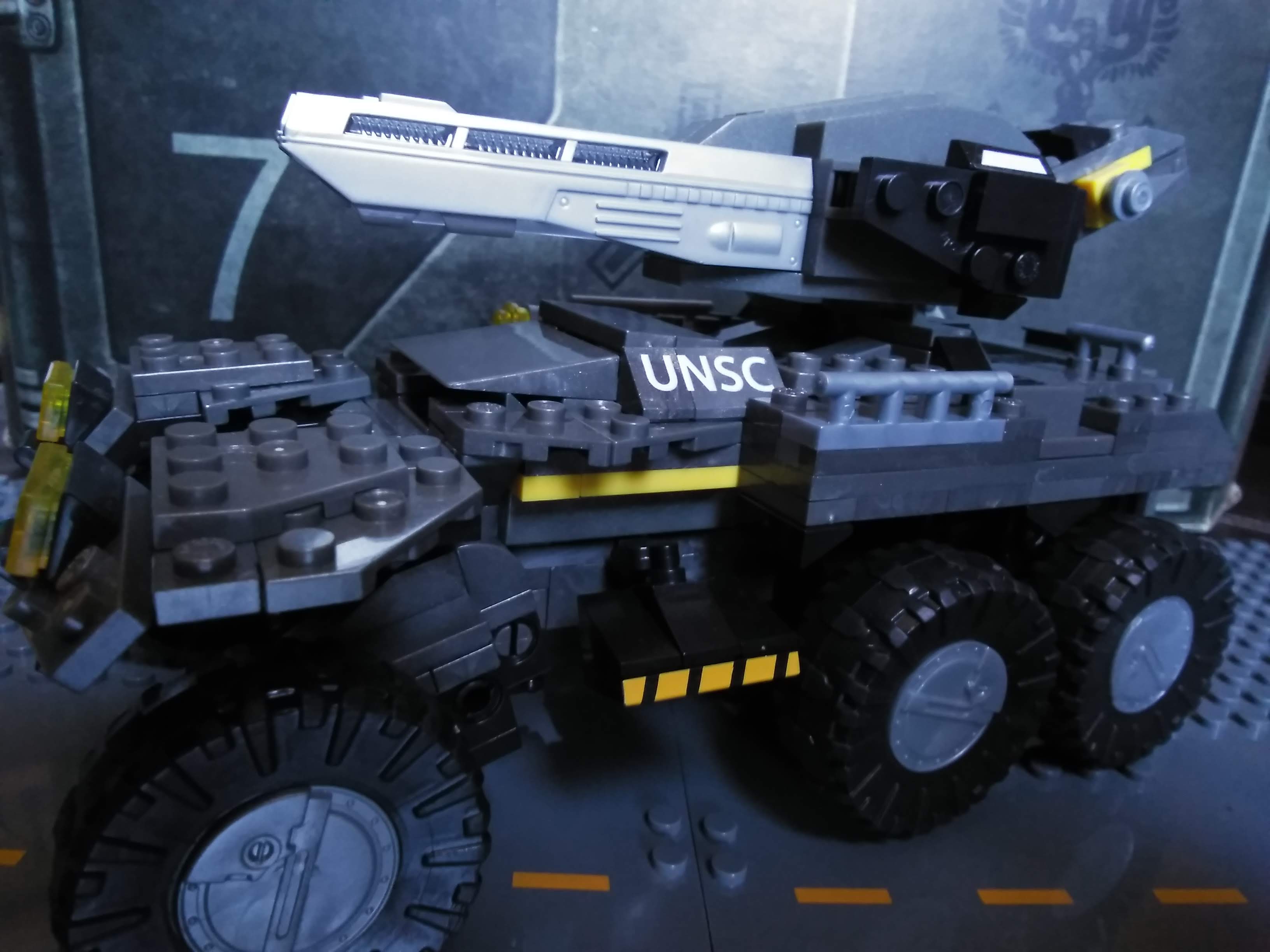 Last time I wrote about how my Halo Mega Bloks collection started. At that time, I was OK with having just one model in my collection, and having a Warthog—the most recognizable vehicle in the Halo series—on my shelf was OK, but somehow that felt like not enough.

The vehicles in the Halo series are easily among my favorite thing in the games, but if you knew me well, you’d know that tanks are the thing that gets me rocking and rolling in videogames, so at some point I thought…maybe I should try getting a tank?

The problem was it was already 2014, and the Scorpion tank (the iconic tank you drive on the game series) was one of the early 2009 models, so it would be pretty hard to find one still around. But one day I stumbled on this model: The UNSC Cobra. Despite the fact that it rolls on wheels instead of treads, it is still technically a tank (Halopedia says it is a main battle tank!)…well, more specifically, it is some type of anti-armor vehicle, but I still think it’s awesome.

The Cobra is one of the vehicles introduced in Halo Wars, and following the tradition of most of the vehicles from the UNSC (the human faction in the Halo series), its design is inspired by an animal. As such, the Cobra is called that because when it goes into lockdown mode, it lowers itself and deploys its 105mm light railgun which opens up similarly to how cobras do when they engage in attack mode—I think this is one of the coolest vehicle designs in all the Halo series. 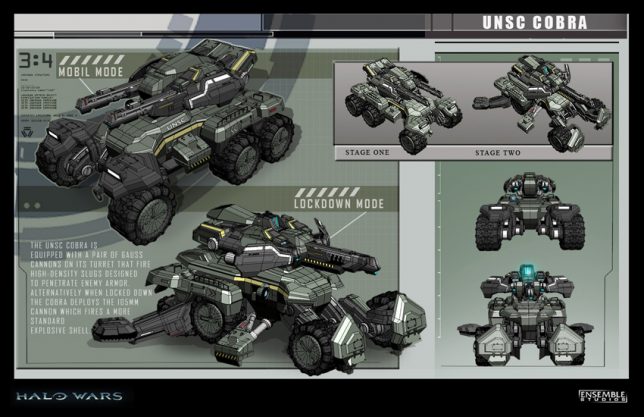 The thing is, I couldn’t just go there and buy it. Back then I was still trying to find a good job, and by that time I was working as an English teacher, and I wasn’t making that much. The Cobra wasn’t that expensive, but it would require me to compromise on something if I really wanted to get it.

Then it occurred to me: I was spending too much on taxis when I was getting late to work. If I could commit myself to getting out earlier, I could save money that—not only would help me getting that model I wanted, but also—would be great for my overall budget.

The truth is, I was suffering from lack of motivation. It was like two years since last time I worked in anything related to engineering, my master’s degree dissertation was still not finished, and the management at my former place of work was slowly but painfully getting in my nerves. It was getting harder for me to drag myself to work every day, and the fact that the paychecks my girlfriend and I were collecting didn’t do much beyond paying bills didn’t help much either…

So I got an idea: I needed to break in a new habit, and maybe a small short-term incentive would do the trick. Therefore, I committed to getting myself out earlier so I could get the bus to work in order to save some money, and IF I DID THIS FOR AN ENTIRE WEEK, I would reward myself with the Cobra.

“What if, by the end of the week, the model is not there anymore?” my girlfriend asked. “Then that means that I didn’t deserve it,” I said myself, fully committing…I mean, it would SUCK if that had happened, but that didn’t change the fact that laziness (and lack of motivation) was the reason why I didn’t have that money available then. But the point was that I needed to prove to myself that I could get my act together for good, Cobra or not.

In the end—I have to admit—anticipation got the best of me. I didn’t do the thing for the entire week, but I felt confident enough after getting myself out earlier for four days straight. I went to the store Thursday night and bought it, but I super promised myself I would stick with the plan for the rest of the week, and—more importantly—EVERY DAY after that. That was the reason I was doing it in the first place. 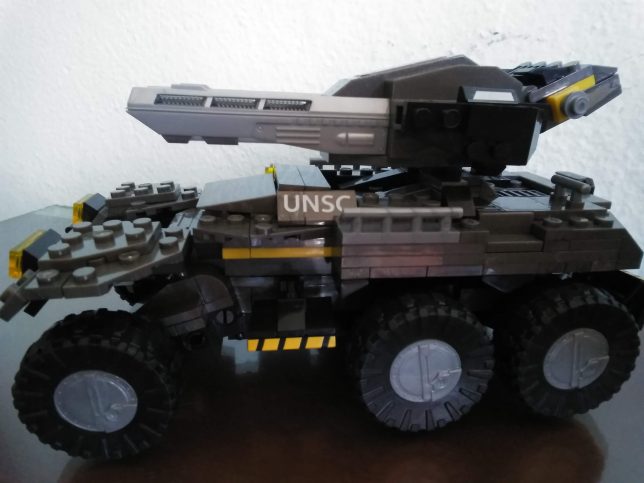 The model can change between mobile and lockdown mode. 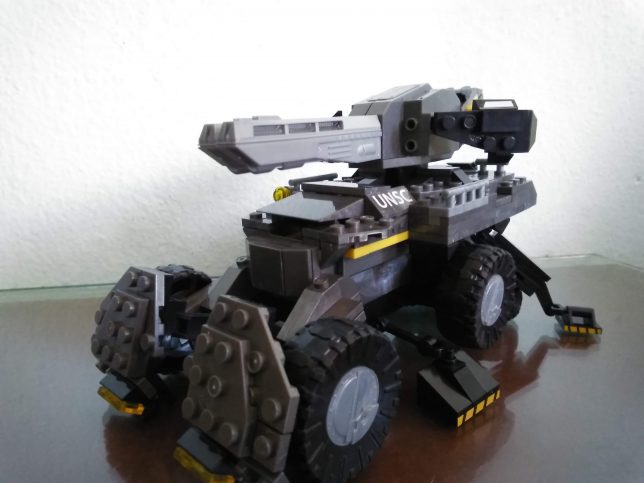 So, as you might see, the Cobra is not only a model I’m happy I got, it’s one I’m proud I earned. As promised, I stopped leaving late to work, and I had the Cobra to remind myself of that promise, and played around with the idea of finally piecing this beautiful model together, which I finally did FIVE YEARS LATER!

I’ve been saving this one for quite a while, time to build this up! #Halo @MegaConstrux 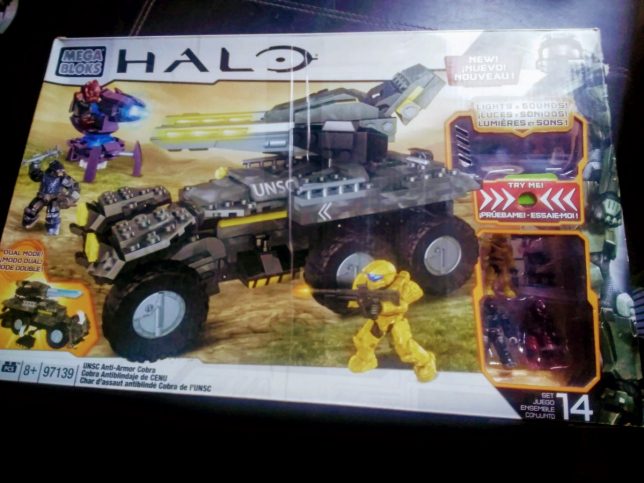 Today I finally I have a job I like (actually, jobs…it’s more than one), and I’m finally seeing an end to my debts in a nearer future, so I can reflect on how some motivation can help you get through your troubles…I guess I only needed some anti-armor vehicle to get me going? (Actually, it turns out short-time rewards are better to motivate us than long-time ones.)

And now that times have improved for me, I did put my hands on a Scorpion tank as soon as I spotted one, of course! 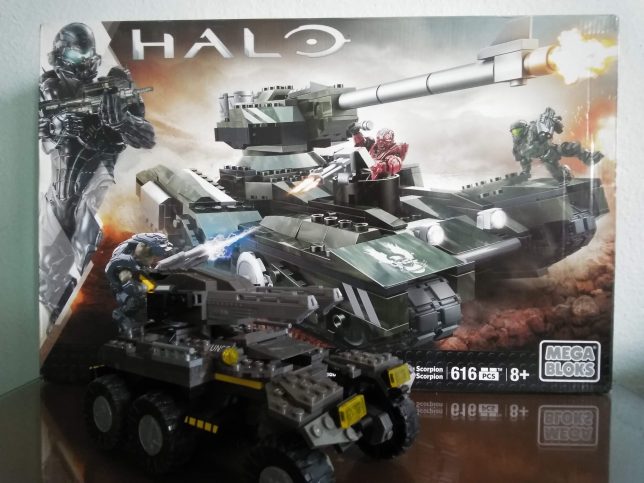 I’m saving this one for later.

I want you to play this game so badly, all the way from beginning to end. I want to sit next to you while you do it and talk about the experience the whole time. I want to post on every message board