2021, the forgotten year. It was something of a lull in the gaming world, but that doesn’t mean that no games were released! And we here at GameCola, now that we’ve had time to remember that 2021 did in fact happen and we didn’t just imagine it, are here to celebrate those games worth remembering. 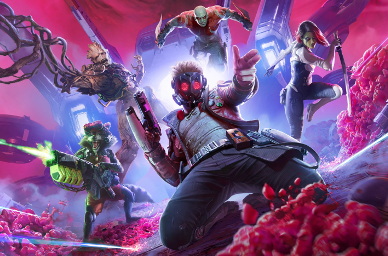 Marvel’s Guardians of the Galaxy

Blu Ryder: In terms of comic book games that treat the source material with respect and made it clear that the developers really did their research, I would say that Marvel’s Guardians of the Galaxy is a contender for The Best Licensed Game…Ever! That slick MCU-esque coat of paint fooled me at first, and I found myself constantly thinking that there was no way that the story would go the way it was hinting it would go, no way that a character that got mentioned could ever actually show up. No way, it’s not possible! I was wrong pretty much every single time. This isn’t to say that the game is all just one rote comic book story regurgitation—there’s plenty of original wrinkles and cleverly thought out details that fully make this game worth experiencing. Marvel’s Guardians of the Galaxy is a triumph of a licensed game in every aspect, allowing you to fall even deeper in love with the cast and the universe it depicts. 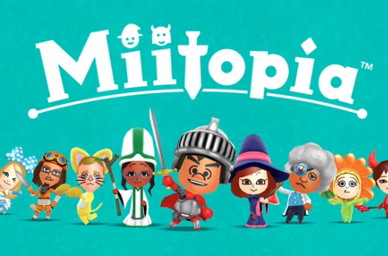 Terrence Atkins: Remember Miitopia? That game where you could make your Miis like sing and dance and stuff? No, that’s Tomodachi Life. Miitopia was the one where you could have your Miis go on cool fantasy adventures. It’s like having your friends there in the game with you! At least it would be if you had friends. Anyway, they made Miitopia even better, with high resolution graphics and more Mii customization options. If you liked the game before, you’ll like it now. 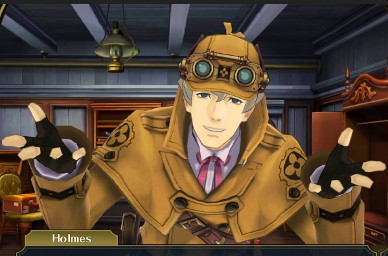 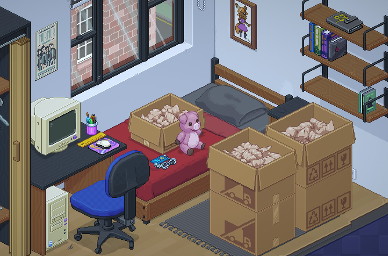 Anna Bryniarski: There are plenty of ways to tell a story. Unpacking chooses to tell it through the things you unpack and the places you live, as a character you only learn about through their belongings. Throughout the game, you go through seven total levels. Following the same character for 21 years, you unpack the first bedroom she had to herself all the way into her first actual home. She plays soccer, she’s Jewish, she likes videogames. All this you learn from the things you put on shelves and away in dressers. As time goes on, you learn she is an artist, she lived with friends and is a nerd who likes D&D and cosplay. She went through a breakup, started needing a cane to move around, wrote a children’s book, and found love again. All of this you learn with what you pull out of boxes. Every level has a different feelings, as any new place you move is different until you make it yours. One very good level includes moving into a home that is not yours, and the oppressive feeling of not wanting to disturb what was already in place is so strong that it feels impossible to make this place yours in any way. The Witch Beam team did a beautiful job conveying a story without needing text with the exception of pictures being taken and captioned for a photo album once the level is finished. 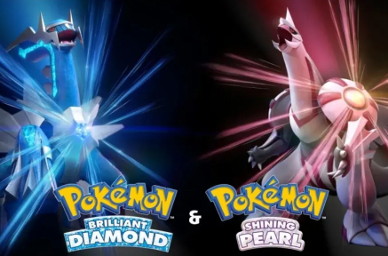 Joseph Martin: The Pokémon remakes give us an interesting window into revamping familiar experiences with advancements and improvements of the modern era. However, Pokémon Brilliant Diamond and Shining Pearl (aka BDSP) attempt only the bare minimum of this premise and even fail to deliver on that unambitious goal. The visuals simply represent a lackluster, direct transcription into 3D. Many original game design choices made due to limitations are maintained despite being frustrating, outdated, or downright broken in their adaptation. Somewhat ironically, by being so “faithful” the games lose a reverence for the source material that can only really be expressed by attempting to enhance the experience. 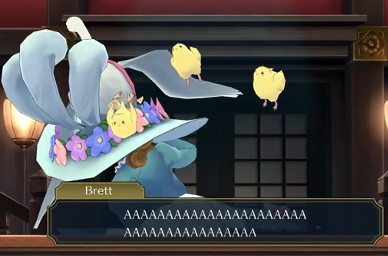 John Rizzi: Some of my favorite humor comes from situations where the average everyday man is casually pointing out absurdities, and that’s something The Great Ace Attorney does in spades while also adding to the gameplay.

Take for example the player character, everyday man Ryunosuke. Add absurd character Herlock Sholmes. (The amount of times I had to fight autocorrect on that is baffling) You expect a Herlock to be like his (sort of) namesake. A bit eccentric but also smart and witty, always collected. But what they did here is take the eccentric part of the original character and turn it up to 11. He’s eccentric to the point where you (Ryunosuke) have to constantly correct him and find the truth. While this sounds like a grueling task on paper, the writing and localization make it so every deduction is close enough to the truth that it’s comedic what a daft Herlock gets wrong. A part of me is actually relieved they couldn’t get the rights to call him by the actual character’s name because “Herlock” just fits this iteration of the character more.

With plenty of interactions like these, The Great Ace Attorney achieves a new level of charm for the series. Sure, some of the long-time gags are here, but because they’re coming from new characters, it feels like we’re laughing at them for the first time. 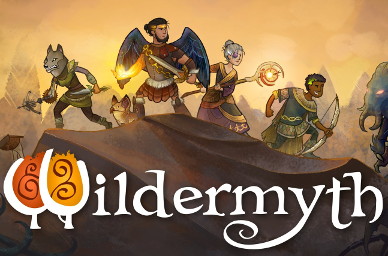 Paul Franzen: I love games that let you choose where the story goes, and games where you can grief your friends, so Wildermyth was basically made for me. It’s sort of a D&D-lite with the computer acting as the Dungeon Master: You go on quests, you do turn-based combat, you set every single thing on fire—and, eventually, your adventure ends, your characters pass on, and their legacy can be felt in future adventures.

The gameplay is simple and fun, and different players can focus on the things that are most fun to them. One player can be in charge of the big-picture strategy, for example, moving your characters around the map and figuring out what you need to focus on. I almost never did this, because I didn’t understand what was happening—but that’s what’s so cool about the game. I didn’t have to. I could just screw around in the customization menu and try on different haircuts.

Once in combat, you can try to work together, which I imagine a lot of parties try to do, or you can do what I do, which is accidentally kill my friends by toppling a bookshelf on them, killing them, but also doing like three damage to an enemy, so really it’s a win-win, so please stop yelling.

10/10 highly recommend. Especially if you want to upset all your friends by naming your characters after them, and then turning them into skeletons.

Honorable Mention: WarioWare: Get it Together 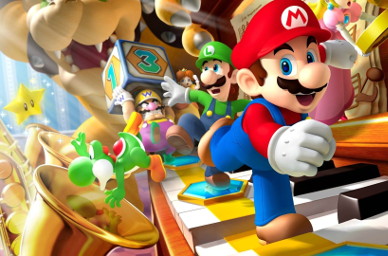 Blu Ryder: Remember the bad times of 2020 when you were thinking to yourself, “Oh gosh, sitting here unable to get some of that sweet Mario Party board game action sure sucks!”? Now you can forget those times. Let go of that pain. In 2021, Nintendo gave us the solution by allowing us to play more game modes and (almost) all the Super Mario Party minigames with your friends online. Now all you have to do is go online and carpe this diem by enjoying a party so good, not even moving to London can ruin it. Party on, friends.

And that’s not all that 2021 had to offer! Come back tomorrow for the big winners—Readers’ Choice, all the Bests, and of course Game of the Year! If you really can’t wait to talk about the winners, there’s always posting about #GCVGA2021 on your favorite social media platform, or joining us on the official GameCola Discord Server.

What’s that? “What about The Tac?” You better believe it’s still on! Join us on YouTube for our awards show spectacular this Friday! By which I mean tomorrow. It’s tomorrow.

The original JSR will soon be re-released. But what about the sequel? Oh, I guess it happened.