this is the first gaming magazine that i’ve actually read the entire thing without getting bored, jerking off to pictures of hot video game chicks for volley ball games, or wandered to the back of the mag just to get the invincibility code for twisted metal.  keep up the good work!

I’d like to start off by saying you guys are doing a good job . I have been collecting video games/systems for about 3 years now, and recently I have become interested in the more rare systems.  I brought up Jaguar at my lunch table only to realize the only kid who knew what it was, was a non-gamer who had owned the system when it first came out, he’s wealthy…and foolish…this seems to be the only type of people that bought this system when it hit the market in ’95.  Anyway I conned him into selling me Jaguar, Jaguar CD, 17 Jaguar games, and about 6 CD games for $35.  I had done my homework aka went on eBay so i knew it was a good deal.  Two weeks ago I’ve became interested in something else.  The elusive TURBO EXPRESS…the hand held version of Turbo-Grafx 16.  So i bought it, from the same kid, for the same price.  This system is the best.  Playing such classics as Alien Crush and Legendary Ax and Bonk’s Revenge!  I have all those coming in from the great members of eBay.

Also, I was wondering if any of the GameCola subscribers that live in the Shawnee High School area owned ODYSSEY2 and were interested in Thunder Ball, Cosmic Conflict, or a combination cartridge of Speedway, Cryptologic, and Spin-Out.  They are all complete with box and manual if you’re interested.

Also I have 13 NES Manuals with such popular titles as Super Mario Bros. 2 and Punch-Out.  E-mail me if you’re interested.

Also I have two questions:

Also… i find it irritating that Audio, Replay Value, and Fun count for the same fraction of the Final Score as each other… Also the Loafy Carl’s in Volume 2 Issue 4 were the best ever… Keep it up.

Josephine Smothers is an ignorant bitch who deserves nothing short of being hung by her fingernails and maimed in front of a live studio audience.  GameCola’s southern bell of the month needs an unwashed head of broccoli shoved up her ass, bushy side up.  If she took a few minutes from her busy afternoons in her cousin’s bed to actually play these games, she might realize it herself.  My vote, though I’m not sure it has any real power, is to deep fry her in a vat of her mother’s fat and serve her to the first one hundred subscribers.  Covering her in bacon grease, rolling her in birdseed, and leaving her for the chickens is another option.  I’m not sure which would be more satisfying, hearing her scream each time the chickens pecked at her eyes or hearing one big scream as she was slowly dipped into the lard.  Anywho, Josephine is going down even if that means a road trip to Covington.

I love gamecola.  It is the best video game review that I’ve ever read and I WANT TO HAVE YOUR CHILDREN!!!!!! yeah so…yeah.  Bye.

wait a second!  that’s my sister in that last issues pic!  i can’t believe you’re the guy she told me she was banging..oohh man.. can i have your autograph?  i can’t believe my sis is bangin’ the guy who’s the editor and chief for gamecola.  sweeeettt.  baahh. 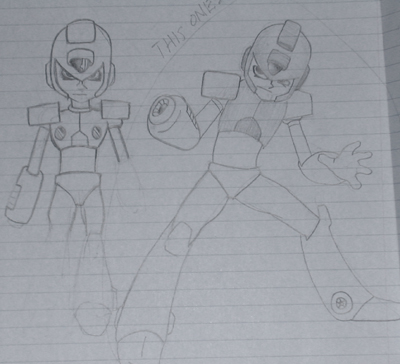 Neal Iannone's webcomic about videogames and the nerds who play them.