I think aliens abducted them and cooked them up into a nice, tender videogame writer stew. I can’t prove it though—it’s just a hunch.

Awe but i liked Shawn

Very nice review. It told me what I wanted to know. Thank you.

Paul: Well, look at what brought down the game’s score: novelty. And I must say, I think I did a rather bang-up job of explaining why this game is, on the whole, not especially novel. There haven’t been any novel Mario Party games since the first one.

The Gates of Life

Nice episode, Matt, well done. You wrote it really well, glad to see you keep up the good work. However, why on earth did you overlay that UGLY BASTARD in the logo this month!?

OMG what did you do to the picture

That is, without a doubt, the best TGoL ever written. Ever.

Are these letters real

Zack: If you send some in, you’ll know that answer for sure.

“Paul, have any locks I can pick?”—my girlfriend, after reading this column. Thanks a LOT, Zack; you turned her into a hooligan!

In a real fight, Guybrush would’ve completely won that match, hands down. 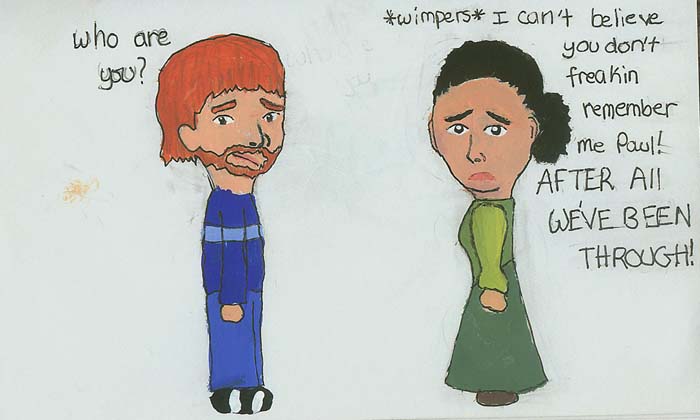 Bring out your games!