You know him from Inside the Guide, and you remember him from You Learn Something New Every Play! This month in Versus Mode it’s:

1. No one should buy an Xbox 360 until a new version is released.

Michael: This reminds me of a magical fairy tale.

Once upon a time, there were three handsome princes named Prince Wii, Prince PlayStation the Third, and Prince Xbox 360. All these princes were madly in love with the Princess Profit and wanted to marry her. The princess didn’t know which one of the princes she should marry, so she came up with a contest.

“The prince I marry must be a great warrior,” Princess Profit said. “I will marry the prince who conquers the Consumer Kingdom.”

I forget what happens next, but the moral of the story is this: If you ever have to write for Versus Mode, but you can’t think of anything to write, just tell a fairy tale, and everyone will be so distracted that they won’t notice you didn’t talk about the topic.

Brian: Probably. I know a few people who have sent theirs in to get repaired due to overheating.  Another good reason to wait would be for better games to come out.

2. Videogames should be simpler and easier.

Michael: ANSWER #1: That is way too vague for me to give it a solid response. If you were to mention a specific game, I’d tell you if I think it should be simpler or easier. But the truth of the matter is that it’s hard to judge how difficult a game is because everyone is different, and what’s easy for one person is immensely difficult for another.

By the way, what happened to difficulty levels? You used to be able to choose whether to play a game on easy, medium, or hard. It never mattered which one you chose, because the game would always cheat to make you lose, but it was nice touch. Do they not do that anymore?

ANSWER #2: OK, this time, I actually read the story involved with the topic. To save you some time, the story is not about making videogames easier and simpler. The story is about how there are too many games with exactly-alike sequels. This is apparently really boring and glutting the market with bad series.

I’m going to go out on a limb here and say the problem here isn’t with videogames. The problem is that our culture is too series/sequel oriented. I noticed this five years ago when I worked at the theaters and all the movies that came out were sequels (Shrek 2, Rush Hour 2, Jurassic Park 3, and so on). What’s up with all the sequels? People apparently like to have the same thing over and over and over again, instead of something new. I don’t like this, so I urge videogame and movie makers to concentrate their efforts on making new things rather than rehash old material.

Although Little Mermaid 2: Return to the Sea is pretty rocking.

Brian: Videogames should have a variety of difficulties.  They should appeal to all types of people.  It’s fun to blow through an easy game without dying.  It’s also fun to practice difficult games because one has to build up skill.  Also, John Riccitiello should be quiet.

3. Sony should not have included the Manchester Cathedral in Resistance: Fall of Man.

Michael: What’s this? Someone made a videogame where you kill people inside a church? Sounds like Eternal Darkness: Sanity’s Requiem.

Hmmm…I don’t know anything about this game or the Manchester Cathedral, so I’m going to take the safe route and say I’m against killing other people, whether inside or outside of church.

Brian: It’s fine how it is.  It’s just a game.  I like it when games have real locations sometimes.

4. You can’t judge a console by its launch titles.

Michael: Hey, this reminds me of another fairy tale. Once upon a time, there was a handsome Prince named Michael Gray. Michael was the most handsome man in all the world, and all the ladies loved him and wanted to date him, except for a girl named Amy, who was freaked out because Michael looked like he was going to have a heart attack when he asked her out, but you really should give him a break, because he was nervous because he had never asked a girl out before, so it’s not his fault he couldn’t breathe properly, and, besides, Michael was in therapy for sociophobia at the time, so it makes perfect sense that he’d have a nervous breakdown, but, anyway, Michael is out of therapy and totally over it now, so it doesn’t matter.

Then one day, the evil Lord Paul (not related to Lord Paul from testgame, who Michael thinks is totally going to become important sometime later) from the kingdom of GameCola came and kidnapped Prince Michael.

“You’ll never get away with this!” Michael cried. “And your evil laugh sucks!”

But then, Michael thought about it, and he decided that writing an article wasn’t so bad. So he wrote the article for Paul, and when Paul put it on GameCola, a beautiful princess read the article and decided that she was definitely interested in Michael. One thing led to another, and Prince Michael married the princess, and they all lived happily ever after.

Brian: You definitely can’t.  I’m looking forward to many titles on every console.

5. Square Enix is making the right call by listening to their fans and not changing Dragon Quest’s battle system.

Michael: Hmm…I never played a Dragon Quest game, except for when I played the NES game for about a minute and got bored. I don’t remember the game, but I imagine it had something to do with fighting dragons.

Anyway, I don’t have much to say on this topic, besides for repeating what I said earlier about how people want sequels to be the same as the originals, which I won’t do, because it’d be incredibly ironic for me to repeat a message about how you shouldn’t repeat things. All I’m going to say is that I love the sassy tone of whoever wrote the article for discussion:

Dragon Quest IX was originally announced as a button pressing ‘action RPG.’ When Japan heard this, boy did it freak out. How dare Square Enix do that! Bitching and moaning ensued, and fans wondered why the traditional turn-based system was being ditched. I mean, pushing buttons, that’s hard.

We need to find this Brian Ashcraft person who wrote that and get him to take my job. 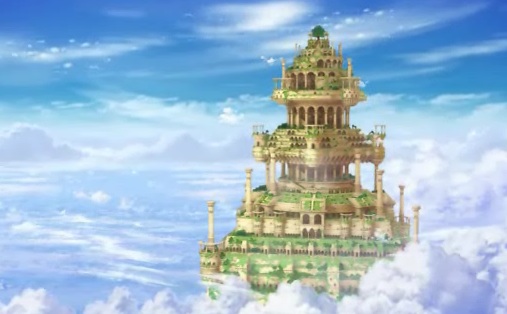 Brian: You are making the games for the fans, so it’s great that they actually listen.