Welcome to The Ten Reasons, where I discuss ten reasons why I like or dislike a game. This month, I’m finishing my discussion of Banjo-Kazooie. Sounds like fun, right? What do you say, Banjo?

1. Being a Crocodile Makes Me Want to Turn in My Guy Badge and Start Cooing Over How Cute It Is

Actually, that title is self-explanatory. Playing as a crocodile was one of the high points of the game for me, because the crocodile is ridiculously cute. If you ask me, Grunty should have given up on her plan to steal Tooty’s cuteness, and kidnapped the crocodile instead.

And this game still got an E rating.

Somewhat notoriously, the game’s title character Kazooie insults everyone. She not only insults them, but she says dirty things like “How’s your nuts?” It’s really funny.

What more can I say? Making fun of things and being dirty—that describes pretty much half of the reviews that are posted here on GameCola.

Bees! That’s a cool way of upgrading the beehives for later on in the game. Much better than the usual “take an enemy and make it a different color” technique. I mean, come on, do game designers really think that players are fooled by that trick? Is there really anyone who goes, “Wow! This looks just like the slimes I fought in level one, except it’s purple! It must be a whole new enemy! Cool!” 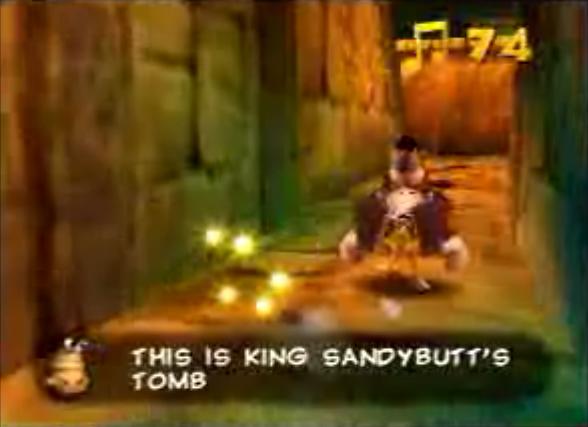 Unless I’m wrong, Banjo-Kazooie has a unique voice acting system. Whenever the characters talk, they don’t say their lines; instead, they make generic sounds with their voices. For example, because Kazooie is a bird, whenever she says something, she makes a bunch of squawking noises.

Personally, I think that this is a brilliant way to handle voice acting, especially since this game was made in the transitional period before voice acting for all dialogue was standard. And also to the game’s credit, all the voices sound perfect.

It’d be great if games that don’t want to include complete voice acting (I’m looking at you, Mario and Zelda) tried something like Banjo-Kazooie’s voice acting scheme.

Amazing Fact You Probably Didn’t Know: In an interview (question 21) with some British dude, it is revealed that the voice acting was done by two people. Dozens of characters, two voice actors. Cool! 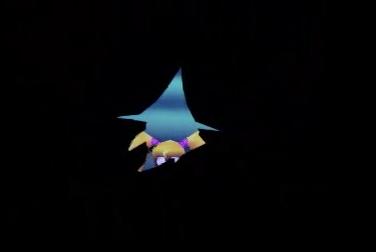 Speaking of voice acting, the one piece of voice acting that stands out above the rest is Grunty’s evil laugh. She has the perfect evil witch laugh. Forget that hack who played the Wicked Witch of the West in The Wizard of Oz, because Gruntilda Winkybunions is where it’s at if you’re looking for evil witch laughs. (Also if you’re looking for funny witch names.) Listen to it at the end of the game’s opening cutscene if you don’t believe me. 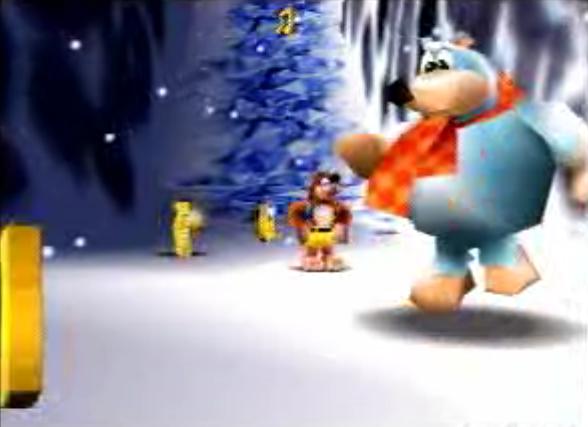 One of the characters in this game is Boggy. I think it’s funny how he’s an openly horrible father who doesn’t even try to be good to his kids.

Let me explain. It’s Christmas, and Boggy is supposed to get presents for his kids. But instead of doing that, he stuffs himself with so much food that he can’t even move. Then he challenges Banjo and Kazooie to two sled races, and when he gets home, he sits in his chair and tries to go to sleep. He has a hard time falling asleep over the sound of his children crying, so he asks Banjo to give the kids gifts to shut them up.

Ah, Boggy. He may not win “Father of the Year,” but he’s a lovable character nonetheless. It’s no big surprise that they put him in the second Banjo-Kazooie game. 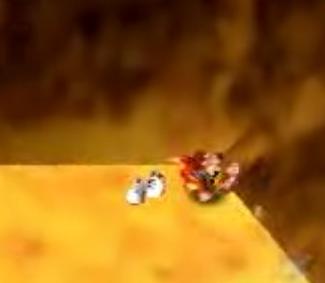 One of the moves in this game is the “Kazooie runs super fast” move. I love the fact that, in order to activate this move, Kazooie has to put on a pair of sneakers. It’s like something taken right out of those stupid Nike commercials.

Can’t run fast enough? Then buy a pair of Nike sneakers. They’re made from the finest child labor in all of Indonesia—so when you buy Nike, you know you’re buying quality.

The sneakers are also fun because, whenever the move is finished, Banjo moans because he has to walk again. Hee hee hee.

Reasons Why I Dislike Banjo-Kazooie

8. Random Babe in the Ending 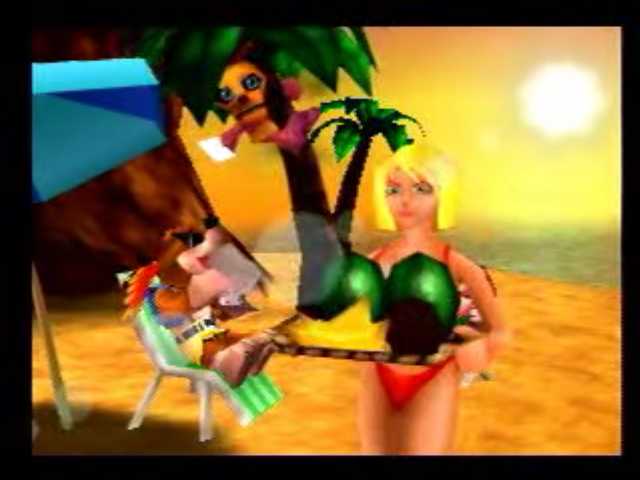 At the end of the game, a random bikini-clad babe shows up and walks across the screen, carrying a tray of nachos and watermelons. There’s no reason for this character to show up, except to make the obvious joke: Get a load of those melons.

Get a load of those melons? That’s the joke they want to end this game on? Come on, Rare—you can do better than that. 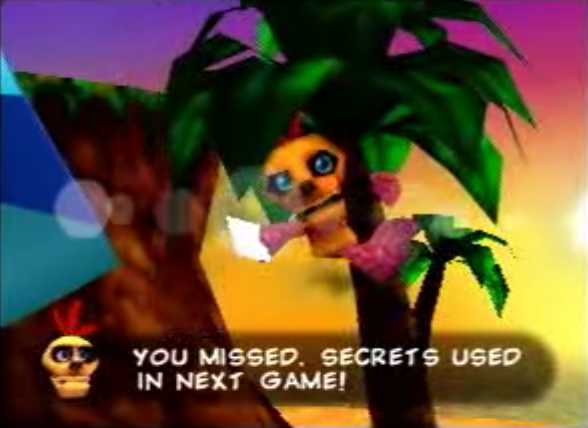 For those of you who don’t know, the ending of this game talks about Stop-and-Swap, a totally awesome idea. The idea was that, once Banjo-Tooie came out, you’d be able to access secret areas in Banjo-Kazooie in order to gain cheats that you could use in both games. I always get tired of playing Banjo-Kazooie when I reach the level called “Mad Monster Mansion.” It’s a pretty boring level. There are no interesting characters in the level, the solutions to all the puzzles are pretty much self-apparent, and the Mumbo transformation is the most useless one in the game. In fact, the level is pretty much just bleh. I skip it whenever I can.

Well, that’s it for this month! Make sure to keep that social commentary about Nike in mind when you rate this article, because “social commentary” = “automatic 10.” Although no one’s quite sure what a “10” is according to the GameCola rating scale….

See you next time, folks!

Azada, which pioneered the casual adventure games genre, is now a clunky classic.