Welcome to “The Ten Reasons,” where I discuss ten reasons why I like or dislike a game. This month, I’m finishing my discussion of Mario & Luigi: Superstar Saga for the GBA. I’d like to thank my Lord and Savior, Jesus Christ, for helping me get this far, ’cause he’s the one who got all the pictures. This article would look really stupid without pictures, so yay for Jesus!

Make sure to read Part One and Part Two of the discussion.

1. The Return of the Koopalings 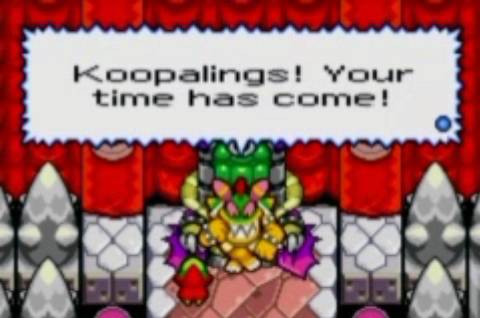 It has been far too long.

Remember the Koopalings? The bad guys from Super Mario Bros. 3? They finally make their long-awaited return in this game, showing up as eight difficult bosses.

2. The Town is Destroyed Again 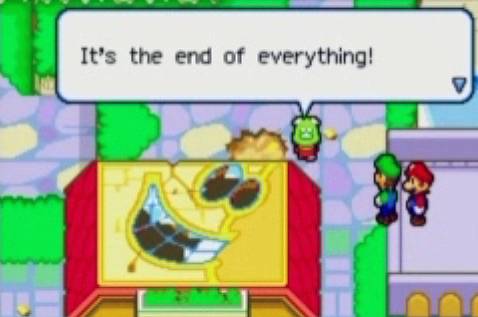 The town of [Note to Editor: Find out the name of this town and put it in here] gets destroyed in the beginning of the game. It gets rebuilt as the game goes on, and it ends up being a pretty good town.

Then the town gets destroyed again. At first it shocked me, then it made me laugh. I mean, this town gets constantly destroyed for no real reason! Why do the bad guys decide to trash that town? Why do the people still live there if bad guys destroy the town every few weeks?

I guess the reason the town gets destroyed so often is because it’s the only town in the entire country, so the bad guys have no other options when it comes to town-destroying. Don’t you just love how RPGs never have more than five towns? 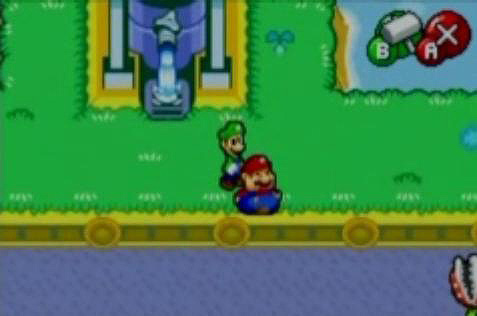 Mario had too much pasta last night.

A couple times in this game, you have to make Mario fat. Really fat. It’s so funny to see Mario as a fat guy that I constantly did this move over and over. Hee hee hee! Fat Mario.

4. No One Knows Who Luigi Is 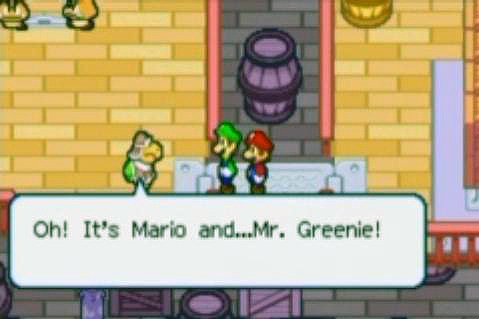 Luigi takes a lot of abuse in this game, because Mario is world-famous for going on adventures, but Luigi never does much of anything. And so, in this game, everyone recognizes Mario as a celebrity, but they just get confused when they see Luigi.

Somehow the joke doesn’t get old, even the tenth or so time it gets used. Poor Luigi! 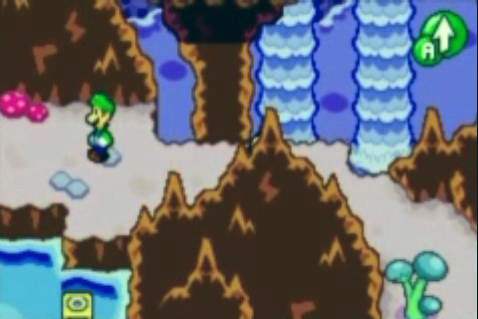 But even though Luigi gets abused, he finally gets the chance to be the hero and shine on his own! (Luigi’s Mansion doesn’t count as a Luigi game because it was only played by two people.) A few times in this game, you get to run around as Luigi and defeat all the evil bad guys, without any help from Mario. Go Luigi! 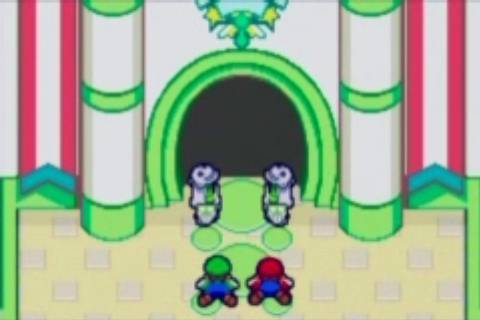 You know, the way I write this column is by watching a playthrough of the entire game, and making a note of everything worth talking about. When I did that for this game, I ended up with a list of 26 things, so I had to make up four random reasons in order to make an even 30.

This is one of the four random reasons. The guards in this game are there for comic effect—all they do is say funny things that make Mario and Luigi fall flat on their faces. They’re pretty good for what they do. 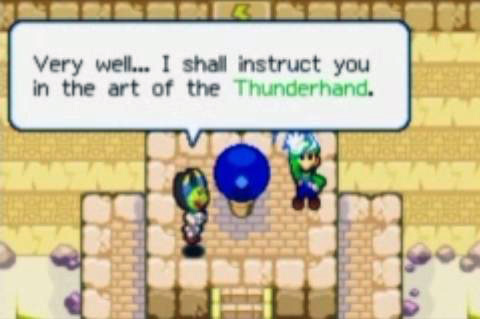 Boy, I’m sure writing a lot about Luigi this month, aren’t I? Anyway, another reason I like this game is that when Luigi uses the Thunderhand move, he says, “Thunder….”

Luigi trills the “r” when he says this, so it sounds more like “Thunderrrr….” It’s just really cool-sounding; that’s all. Gosh, why don’t they use full voice acting in these games? That Charles Martinet guy does a freaking GREAT job with the voices of Mario and Luigi. Do they think he’d screw up if he said more than a few words at a time? Sheesh! 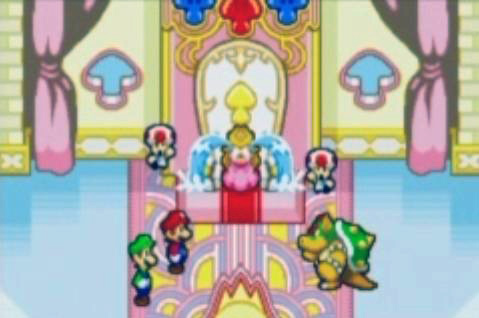 The game’s graphics are good, with one glaring exception: When Bowser looks to the side.

I mean, look at it. EW! That looks awful and nasty! It’s like a third-grader drew it, and it certainly doesn’t look like the Bowser I’ve come to know and hate! 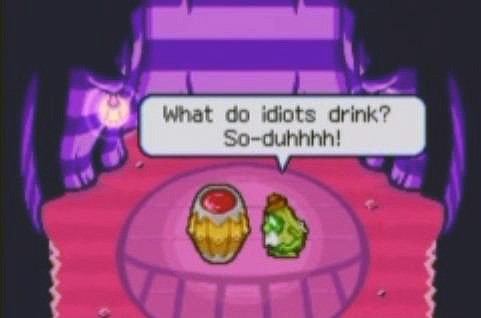 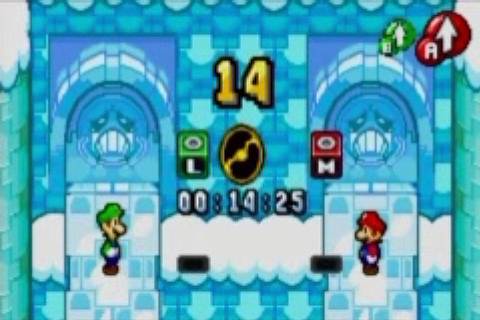 No Mario game is complete without a challenge that takes about fifty tries to beat. This jumping challenge involves jumping at the right time to hit moving blocks. Mario hits the M blocks, and Luigi hits the L blocks.

The tough part? Mario’s and Luigi’s blocks are moving at completely different speeds. You have to somehow focus on both Mario and Luigi and make them do different things at the same time. This requires a level of concentration that I cannot muster—and I’m the guy who wrote a hundred-page guide forThe Legend of Zelda: Twilight Princess.

This challenge is impossible to do alone, without superhuman concentration powers. The way to beat it is with a friend’s help; let your friend focus on Luigi while you focus on Mario.

That’s it for this month! I’m serious about the jumping challenge being impossible, by the way. I learned about that in piano class—it’s almost impossible to make your hands do two different things at the same time. Don’t believe me? Try it now. You’re on the computer, right? Try typing “mop” with your right hand, while at the same time typing “dared” with your left hand. Try it! You can’t do it, can you?

See you next time, folks!

*SIGH* ANOTHER MONTH AT GAMECOLA, LOOKING AT OBSCURE GAMES