Hello everyone, and welcome to “Oh, the Humanity!” As the byline says, this is a column about videogame-based movies and, um, books? Books. OK, well, I don’t want the byline to be a liar, so I went to my local library and picked up the first videogame book I could find: 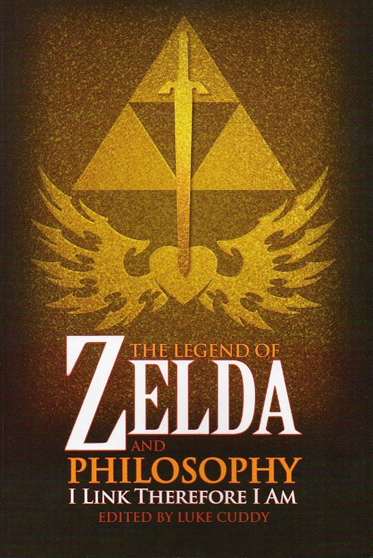 The Legend of Zelda and Philosophy: I Link Therefore I Am is a book that tackles the, erm, inherent philosophical issues of the Legend of Zelda series. It’s a collection of short essays on different aspects of the Zelda series, with a philosophy twist. I guess I’m a good candidate for reviewing this book because I was a Philosophy major for about six months, until I got tired of the nonsense that passes for modern-day philosophy, like existentialism.

Likewise, the only Good and Evil I want to hear about in a philosophy/videogame book stars Jade and Pey’j. Seriously, folks. All Nietzsche (pronounced: “Nutsy”) did was copy/paste the ideas of Thrasymachus in Book One of Plato’s Republic, except he conveniently forgot to include the part where Socrates disproves those views as utter nonsense.1

And now I’ve totally confused all my readers who aren’t philosophically inclined. Let me try again after this picture.

OK, so this book is a philosophy book, which means it deals with all sorts of “deep” topics. Some of the more interesting topics include:

These are all somewhat interesting topics, and I’d gladly discuss some of them in “The GameCola Podcast.”2 But for some reason, the discussion of those topics in this book just isn’t all that interesting.

So yeah, if you’re looking for entertaining Zelda discussion, go somewhere else. This book is just a collection of philosophy essays that happen to deal with Zelda. And let’s face it, nobody ever reads or writes essays outside of school. Zelda fans would be much better off reading this comic3 instead: 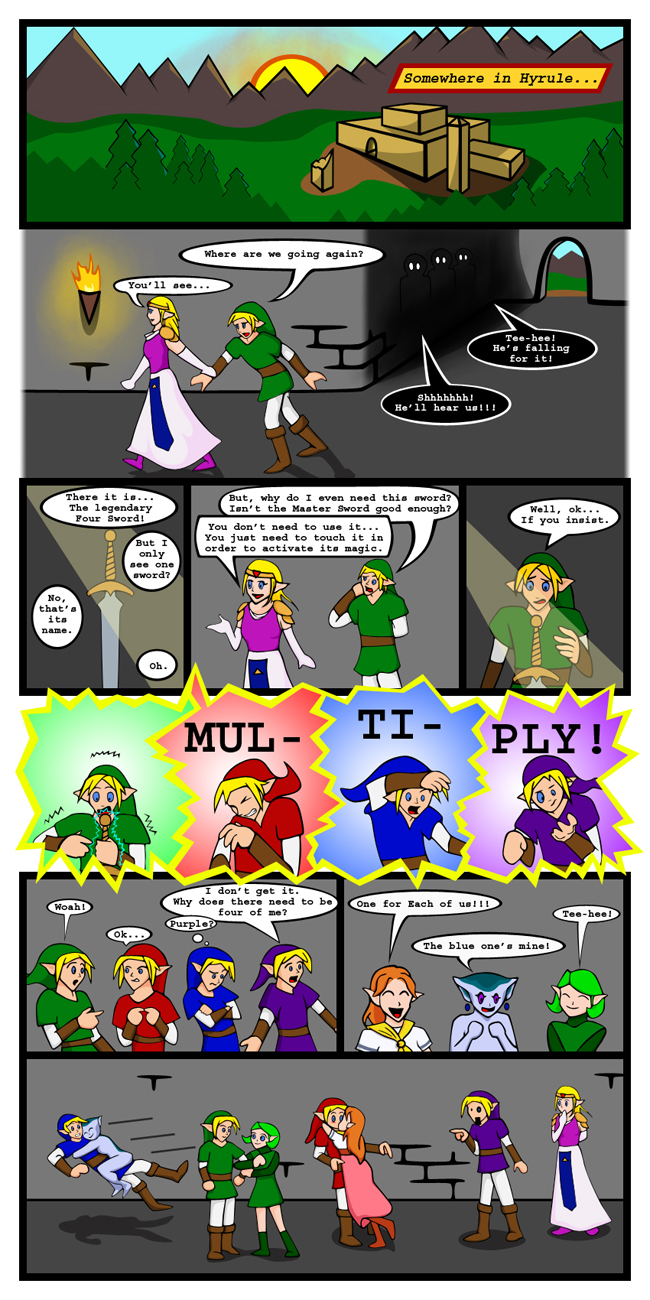 1. Any good Augustinian could tell you that slave morality and master morality both stem from original sin, the human desire to be all powerful and all good, subvert the great chain of being, become God, etc. But, of course, Nietzsche hates religion, so he figured that couldn’t be right. So he constructed this false morality in which the Übermensch is the ideal. Oddly enough, Nietzsche happens to be an Übermensch. Huh! So he created this whole system to explain how he is the ultimate human. Well, gosh, that sure disproves those Augustinian ideas about original sin and people trying to turn themselves into gods!4

4. In case that sarcasm is too thick to understand, let me explain things more simply: Nietzsche said, “God is dead,” so he preferred to adhere to this Übermensch theory in which Nietzsche is a god.