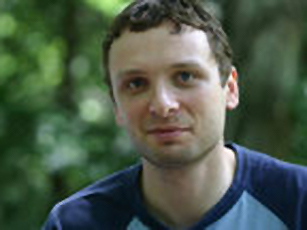 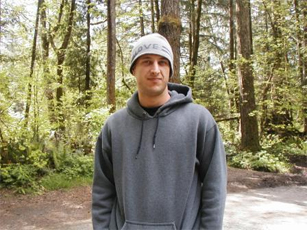 Max is the Editor-and-Chief of GameLemon.com, a videogame-humor Web site. GameLemon believes that most gaming sites take videogames way too seriously, so it’s focusing more on offering reviews and other articles that are fun to read. This is Max’s first appearance in “Versus Mode.”

Josiah Pisciotta is the owner of Chronic Logic, an independent videogame developer founded on the premise that there is still a demand for simple yet fun games. Recent Chronic Logic games include Zatikon, a chess-like turn-based multiplayer tactics game, and Kingdom Elemental: Tactics, a hybrid RTS, tactics, and role-playing game featuring enemies like “flaming doom bears.” This is Josiah’s first appearance in “Versus Mode.”

You can download the full version of Zatikon for free here.

1. It should be illegal to sell M-rated videogames to minors.

Max: For the millionth time, this is no different than R- or NC-17-rated movies. Minors should not be allowed to purchase M-rated games without the consent of a parent or another accompanying adult. Some percentage of kids will find ways to get their hands on them anyway, either through actual parental consent, or by convincing an older friend to buy the game for them. And you know what? That’s just something that the rest of us will have to live with, just like we live with kids sneaking into R-rated movies at the theater on a daily basis. 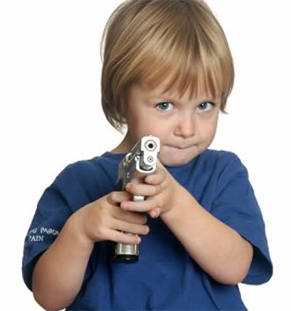 Given that there is not a shred of conclusive scientific evidence showing actual causality between videogame violence and real-life violence, any stricter form of enforcement is out of the question, in my mind. While some people would have us live in a police state and dole out criminal punishment left and right, I prefer to live in a free society, and take responsibility for my actions—which includes taking actual responsibility as a parent. Should store owners take their part in this matter seriously? Of course. Whether expensive fines are a way to make that happen, I am not sure. After all, movie theaters are allowed to police themselves, and all you get for being caught sneaking into an R-rated film is an expulsion from the theater (usually with a ticket refund to boot). Positioning videogame violence as something somehow more sinister than movie violence is a function of ignorance, nothing more, and I am willing to bet money that the Supreme Court will not let the Governator have his way on this one.

Josiah: I am not a big fan of censorship, because someone has to decide what is appropriate and what is not. I really don’t need someone making that decision for me. Selling M-rated games to minors is a similar situation. What exactly makes a game M-rated? Who makes these guidelines, and how are they determined (I am sure this information is available, but I am too lazy to look it up)? Why is it that, when someone has been alive for exactly 18 years, they are suddenly ready to play these M-rated games, yet they weren’t the day before? This all sounds pretty silly to me. Parents, teach your kids how to make good decisions. If you don’t think they should play games with whatever it is that makes a game M-rated, maybe you should talk to them about that instead of the government.

Max: Should, would. Magazines live or die by their readers, and if the new EGM manages to get enough people to shell out cash to read their stuff on a monthly basis, then more power to them. And if they don’t, nothing in the world will save them from re-sinking into failure—and quickly. That’s the bottom line, and whether capturing sufficient reader attention involves the original staff or a whole newteam is kind of secondary, if you ask me. What’s relevant is that they produce fresh, smart, original, and accessible content that gamers everywhere will want to read. 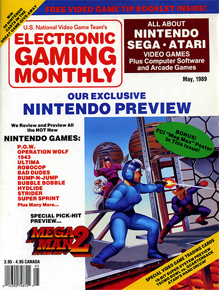 The really interesting part of all this, though, is that even if they do produce great content, they may very well still not survive, because the entire print media industry is going down the tubes. A serious re-invention of the magazine concept as we know it is probably the only way to save it now, and that re-invention most likely involves migration to a specialized digital or semi-digital form. The “digital magazine 2.0” concept is exploding right now, and some more progressive magazines like Popular Science are already realizing this and have launched richly interactive online versions of their publications, which opens up all kinds of new possibilities to readers. Perhaps the new EGM can do that for gaming mags—if Steve Harris has the vision.

Josiah: Not being very familiar with Electronic Gaming Monthly, I feel I can’t really add a lot to this topic. I say the founder should not only hire the original staff, but he should only write about original 1988 topics! This will make sure none of the original mojo is lost, and everyone will be happy again. Problem solved. Was there a problem to start with? I hope so.

3. Every console needs to have its own motion controller.

Max: Given the realities of the videogame marketplace, it was a given that every console was going to have one. Fact is, Nintendo has been so successful with the Wii that the big wigs over at Sony and Microsoft are seeing too many dollar signs right now not to try to herd the millions of casual gamers to their own versions of the “people-friendly” gaming experience, which to them happens to spell out “motion control.” Whether the consoles really NEED a motion controller, however, is debatable.

In a (pretend) world unconcerned with shareholders and annual reports, one could argue that the motion controllers really address a rather narrow slice of the gaming experience. They are only applicable to a few game genres, and the ways in which they expand the depth of interaction with games, while not insignificant, is also rather unproven at this point. The Project Natal and PS3 Motion Controller demos at this year’s E3 illustrated some intriguing possibilities, but every analyst worth their salt can also see that these controllers do not represent the future of gaming by themselves. Even if these technologies prove to work as envisioned, conventional controllers can still do many things that these new technologies are simply not good at, and will remain the mainstay of the hardcore gamer for a long time to come.

But going back to our original thought, in the real world (which is concerned with shareholder value and annual reports), motion control is currently seen as a gateway to a whole new population of would-be gamers, and Sony and Microsoft would be damned if they let Nintendo be the only player at that party—it’s bad enough that they already let Nintendo be the first.

Josiah: Yes, everyone needs to jump on the Wii bandwagon and ride it into the ground. Forget about making something new or different; just go for what someone else has already proven to besuccessfully. Then we can all have access to the same regurgitated garbage over and over again and nothing will change, except Nintendo, which will release something new and different. I predict that something will be a giant hamster ball that you hook up to your Wii and roll around your house breaking everything in your path, which will be released for the next Katamari Damacy game, and then every other company will be scrambling to include a giant hamster ball with their system!

4. The PSP needs Trophies. In fact, all consoles need Trophies, Achievements, or something like them.

Max: An emphatic “yes.” As unoriginal as Microsoft is in most of their undertakings, Achievements (along with Xbox Live) were a brilliant contribution to the world of gaming. There are really no downsides to Achievements (please ignore the whining from the peanut gallery), and plenty of benefits. Achievements let everybody win—not just the homework-skipping, sleep-deprived 15 year olds with itchy trigger fingers—and in the world of interactive entertainment, that’s a good thing. 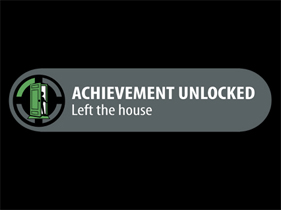 Sony’s stated reason for excluding Achievements (or Trophies) from the PSP is essentially that the device has been hacked, allowing people to rack up points unfairly. While this is a valid concern where online leaderboards and such are concerned, I think that for most gamers Achievements still constitute an important means of personal gratification where the single-player experience is concerned. I’d like to think that most of us are not so vain as to take any actual pleasure in showing off a profile with a hacked Achievement score. Most gamers I know take pride in earning their Achievements the real way, and I think Sony is mistaking the exception for the rule by assuming that the average gamer has more vanity that actual pride in their skill.

Josiah: I feel like I just answered this question; what we need is a giant hamster ball Trophy…ON EVERY CONSOLE!

5. Nobody will want to use physical videogame controllers when Project Natal is released.

Max: I think many people are missing the true potential of Natal. Unlike Sony’s Motion Controller, which appears to be aimed squarely at copying Nintendo’s Wiimote capabilities, Natal, to me, is much less about sheer motion control itself and much more about enhanced immersion, and that next level of connection between the player and the character, which begins to move away from puppetry and toward intimacy. In other words, in my mind, the Milo demo was infinitely more important and interesting than the Ricochet or the Paint demo.

Now whether Microsoft succeeds at really perfecting the technology, getting developers to make use of it, and marketing it in a way that makes it stand out from the competition remains to be seen. No one has the crystal ball on that one, but if they are smart, I don’t see a reason why Microsoft can’t get Natal into those same millions of homes that now host Xbox 360s. Indeed, by the time Natal is ready for prime time, a new generation of consoles might be coming around the bend, and bundling it with a next-generation system (as opposed to making it an add-on to the current Xbox) will only improve the chances of it being embraced by consumers. As long as Microsoft doesn’t attempt to completely do away with the conventional controller, I think Natal has good chances of success.

P.S. For a full (and quite extensive!) brain dump of my thoughts on Project Natal and the PS3 Motion Controller, see the latest GameLemon editorial here.

Josiah: No, Natal will not be able to replace the feeling of running around your house in a giant hamster ball. Some physical game controllers will never be replaced by a motion capture camera. Think about it—can your Natal replace your iSmell? I don’t think so! Sure, it’s not really a physical controller, but I still think there is a point to be made here?