“Sonic CD really is as great as you’ve heard people say on the Internet.” – UK Resistance, 2005.

I’m not too fond of the Sonic-bashing that tends to go on nowadays (just as much as I am not fond of Engrish in videogames). I grew up with Sonic the Hedgehog and we shared many an exciting adventure together on the Sega consoles of years passed. Please be assured I’m not trying to be biased though, because he’s seriously let himself go.

People should cut Sega some slack. Once someone does the greatest thing they’ve ever done, it will always be hard to top it. Look at how many bands die after their one hit wonder. Deep Blue Something should be top of the bleeding charts, for crying out loud. Could Michael Jackson top Earth Song? Of course he couldn’t. It was just perfect—and once something reaches perfection, it can never be improved.

When people accuse the Sonic the Hedgehog franchise of being a cash-cow, I try my hardest not to explode with sheer frustration. Instead, I let people know about this “failure to exceed perfection.” Because, after Sonic CD, there was no way there could ever be a better Sonic title from then on. 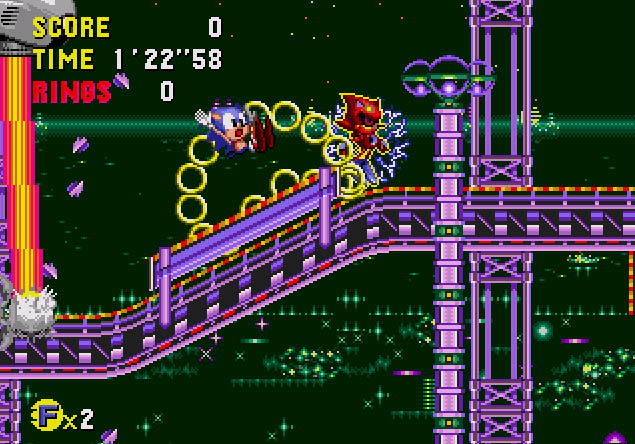 Sonic Team and Sega Technical Institute had been working their butts off in unison (like synchronised divers) to create Sonic 1 and Sonic 2—and those games stayed within their own style, with certain subjects considered taboo and avoided.

Sega didn’t care. They wanted to make a Sonic title much more geared toward the older gamer. Difficulty was harder, first and foremost. The special stages were tougher (more on those in a minute), and there was the possibility for a really good ending, given you had the skills to achieve it.

The game used a mix of PCM and Redbook audio (in other words, CD audio tracks) to make it seem technically well-composed. “Sure,” you say, “so did (insert Sega CD title here).” But the game you’ve suggested had awfully rendered synth versions of its existing Genesis soundtrack. The Japanese/European versions of Sonic CD used trance remixes formed using samples from funk and reggae songs!

Sure, the American soundtrack was brilliant stuff too, composed by Spencer Nilsen. He did an absolutely mind-blowing job recomposing every piece of music for the Sega CD version of Ecco the Dolphin. He deserves a freaking medal. Seriously though, as much as I prefer the European soundtrack, I’m not a douche. It was a tough task rescoring the game a month or so before release, and Spencer did a really good job. 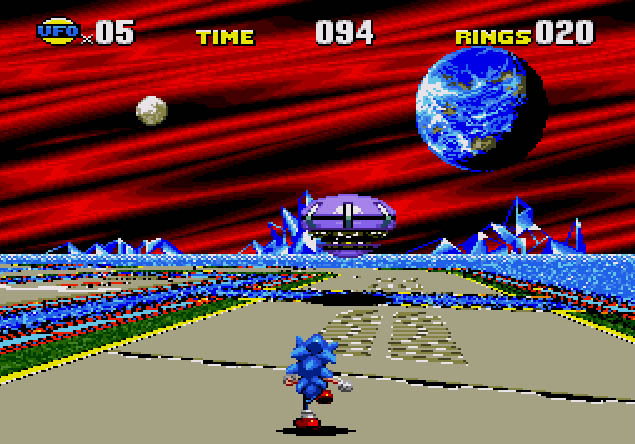 The first of the two ingenious features behind Sonic CD was the pseudo-3D special stages. They are a stunning example of Sega trying to push their hardware. There is no-one who knows better how to produce games for a system than those who produced the system—with all that knowledge and power pushing Sonic CD, it became the must-procure title for the system.

Much like the special stages in the previous Sonic games, they grant Sonic a “Time Stone” upon completion. Collecting all of these is no easy feat, but guarantees you the best ending.

The other important new aspect pushing Sonic CD into the number-one spot for the Genesis CD attachment was the time-travel system. During gameplay, when you run into a signpost saying “Past” or “Future,” Sonic will warp forwards or backwards in time if he moves at his maximum speed. It’s incredible!

Sonic is hurled to another time-zone, where the level either remains heavily unaltered (Past), or vastly altered (Future). Depending on actions performed in the Past, the Future becomes either a Good Future or a Bad Future. For each Act 1 and Act 2 of every zone, there is a Past, Present, Good Future and Bad Future version—each with their noticeable changes in design, colours, and enemy and object placement.

From a technical standpoint, the level can switch, on the fly, between four chipsets, four level layouts, four audio tracks and different enemy sprites for each time-zone. This is stunning and beautiful real-time switching that we don’t really see in any other games—and why not? It would be awesome if this happened in Super Mario!

Are you not following me? This game is AWESOME and WELL CRAFTED. Jeez. 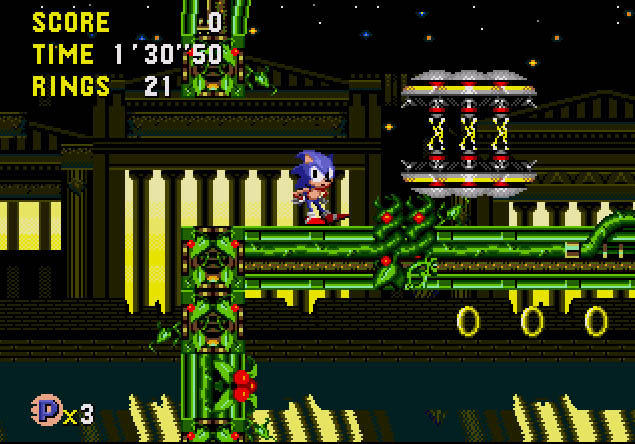 Sonic CD’s predecessors, Sonic 1 and Sonic 2, helped cement the platforming clichés that we are commonly aware of—the unaltered paradise, that place with lava, the underwater caves, the casino and of course, the enemy base.

Sonic CD alters the rules again. Although many of the platforming staples are here, they’re all weaved in with a lost-technology theme. Dr. Robotnik may offer to put an end to your tracks with many different machines, but he doesn’t own them this time. It’s all old technology he has salvaged and upgraded. The planet is full of lost technology and lost civilisations that could be even be a millennia old.

The game is set on the “Miracle Planet,” a planet that appears once every one thousand years or sommat. Robotnik has tied the planet up with some very large chains to stop it disappearing, and is using the planet’s natural power of time travel to aid his evil deeds. As you travel through time, the level you are in will be altered dramatically, switching from old technology to new technology—even though you can’t stop Dr. Robotnik building his evil empire, you can stop him from producing enemy robots and lower the number of traps in each level.

Based off of the Sonic the Hedgehog engine but updated immeasurably, Sonic CD became the first nail in the coffin of the franchise; even now, no single game in the franchise has bettered it (although I could argue Sonic 3 & Knuckles is the only one to have come close).

If you have a PlayStation 2 or a GameCube (only on GC in the US), track down the Sonic Gems Collection. It contains a port of the PC version of Sonic CD, with the American soundtrack. Make it your Christmas present.

(Perhaps a tad late for that now; this review was written ages before the new site went up.)

Do you have triskaidekaphobia? You may want to avoid this one!