Telltale Games, once again proving that its target audience is me, has announced work on an episodic series of games based on Back to the Future, the classic time-traveling 80s movie inspired by the Super Famicom side-scroller Super Back to the Future Part II. They haven’t disclosed a genre yet, but it’s safe to assume “adventure game,” unless Telltale’s planning to return to its roots and release a poker game set in Biff Tannen’s Pleasure Paradise. 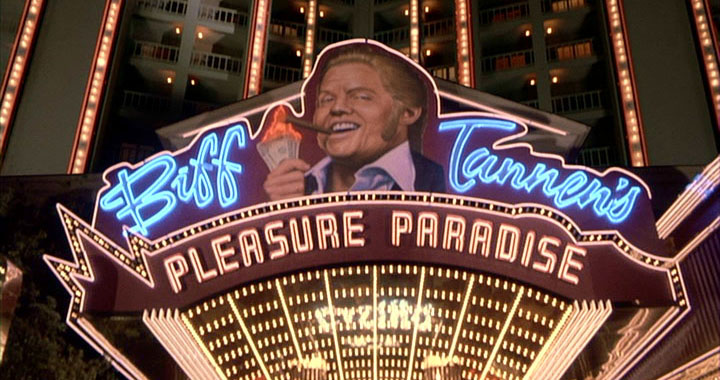 Telltale CEO Dan Connors said that “I wouldn’t call these games sequels per se but a new interpretation of their worlds for a new medium.” If it were any other company, I’d assume that means they’re just soldering the Back to the Future license to an already-developed time-traveling FPS about shooting zombies in World War II (with guitars) (also everyone’s a Lego), but Telltale has proven time and time again (and again, and again) that they know what they’re doing, except in the last game of their series, which always kinda stinks.

The series is set to debut this winter on everything and sweep our year-end awards, if I have anything to say about it, which I do, because I tally the votes.

Edit: Michael Gray totally called this a few months ago in his made-up news column “Fabricated News.” He even got the genre right!

You know, getting that sneak preview of Miles Edgeworth Investigations was so cool that I decided GameCola should do a preview for another game. After asking Captain Eric and his Psychic Thumbs for