While Microsoft has walked back on their initial plans to restrict the availability of used games on its upcoming Xbox One console, it was difficult to deduce why Microsoft had embarked on such a suicidal path in the first place. Some had hypothesized that they were pressured by game developers to adopt such a strategy as a way for them to combat piracy and revenue lost to used games. After some digging, we were able to find the truth and the rumors could not have been further off. Strangely enough, it was actually GameStop that was pushing for this change, a company known to make a large portion of its revenue on used game sales. 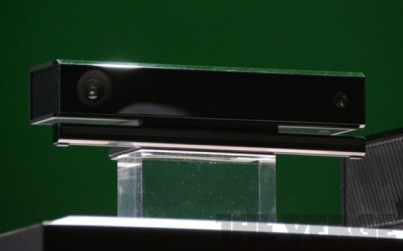 “We just can’t store any more shitty Xbox Kinect titles,” a GameStop employee stated on the record, on the condition that we kept her identity a secret.

“It’s a safety issue, really,” said a manager at the same store. “I lost an employee when a shelving unit collapsed under the weight of Kinectimals returns. The last thing he saw was thousands of those dead-eyed tigers coming at him…no one deserves to die that way.”

A statue marks his final resting place in the store, and is ironically composed of recycled Xbox cases from Kinect Star Wars. While perhaps not the most tasteful memorial, used Kinect games have now surpassed any other material for most abundant resource in most cities. “What are we supposed to do?” said the employee. “They took a truckload of these games away and are apparently using them to build a new hospital in the city. At least some good is coming out of this, I guess.”

“Gary still hasn’t return from the back storage. He’s…he’s been back there weeks now,” she says, voice breaking. “I…I can still hear him screaming. He went back there to try and find Star Ocean 4 for a customer, but…” her voice trails off, eyes distant, focused on something I couldn’t quite see. And don’t want to see.

She opened the door to the back storage. At first, I thought it was a wall, but after my eyes refocused I realized it was tens of thousands of Kinect titles, packed so tightly that I couldn’t find a way in. “Kinect Sports,” the manager said, shaking her head. “We tried giving these away to anyone who would take them, but the only people who did returned them within a week.” There was a definite hissing coming from the room, and when I asked about it they confirmed that it wasn’t just my imagination.

“They don’t like the light. They can see the other games. Makes them jealous. Angry. Close the door before you agitate them further.”

We had so much solid "The GameCola Podcast" content that we had to split this one into two parts!