Epic. It’s a word that’s tossed around more than cabers in Scotland. EPIC WIN. EPIC FLAIL. “Dude, your snow cone is epic.” It’s hard to tell if the Internet even knows what epic really means anymore. The word is epically overused, yes…but sometimes it is the only word that truly fits.

Mario—yes, that Mario—has a legacy that some might deem epic. Yet, for all his fame and influence, Mario has rarely been celebrated in a way that is as epic as his legacy. That is why I have scoured the world (via my web browser) to bring you a collection of Flash games and animations that give Mario the epic treatment he needs because it gives this column a unified theme. 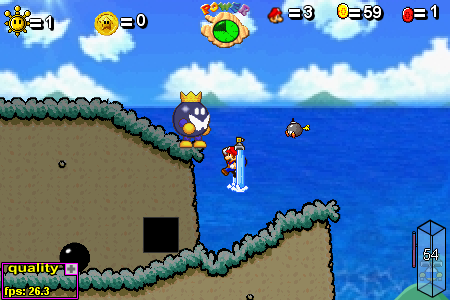 Review: Effectively combining the creative charm of Super Mario 64 with the smart gameplay mechanics of Super Mario Sunshine, this game is a shoo-in for Flash Game That You’ll Love at First But Stop Playing Because Flying for Red Coins Still Stinks. The areas are fun to explore, and it’s nice to see a fresh take on the likes of Bob-omb Battlefield and Tick-Tock I Hate You Clock, but the levels become less inspired and the challenges become more frustrating as you progress toward that fabled status of 100% completion. Of course, I can’t completely verify this, because I accidentally cleared my browser cache halfway through the game and lost all my save data, and now I haz an epic sad.

Verdict: 3/5: This ambitious, epic-length game has a lot of great things going for it…but, like Legacy of the Wizard and a dead horse, it gets less fun the more seriously one tries to beat it.

Description: The original Super Mario Bros. as it was meant to be played—as Mega Man. Oh, and I guess there’s that dude from Contra. 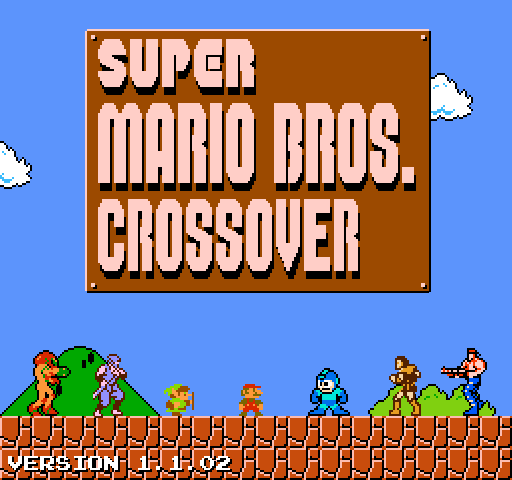 Review: I never much liked the original Super Mario Bros.—the repetitive gameplay is a little repetitive and the controls are looser than a Vulcan during pon farr. However, when you’re given the epic option of playing through each stage as Simon Belmont from Castlevania, Link from The Legend of Zelda, Samus from Metroid, blue man Bill from Contra, and even good ol’ Mario, you’ll remember how clunky and inelegant early NES heroes were and stick with Mega Man. No, really. It’s fun to dabble around with Simon “Jumps-Like-a-Thwimp” Belmont and Link “My Sword’s as Short as My Life Expectancy” Linkerson, but at the end of the day, it’s Mega Man who’s gonna rescue your princess. Of course, just after I wrote this, they released an updated version with the awesome-looking Ryu Hayabusa from Ninja Gaiden, but I suspect that he was already in the game and you couldn’t see him because he’s a ninja.

Verdict: 4/5: The character balance could use a tiny bit of fine-tuning (especially where powerups are involved), but that’s almost completely overshadowed by the fact that this is the most fun version of Super Mega Man I’ve ever played.

Review: The Internet paints a vastly different picture of the Mushroom Kingdom than Nintendo would have you believe. For years, Nintendo has been concealing the facts and avoiding the issues. It’s time you learned the real truth: You’re adopted. No, wait; I mean—at least according to the Internet, which is never wrong—the Mushroom Kingdom is not a happy land of whimsy and butterflies, but a land of Strong Language, Graphic Violence, Adult Content, and Contrived Character Death—and nowhere is this more evident than in the most epic of Mario videos. Rise spins a compelling yarn that completely justifies the shattering of my illusion that Koopa Troopas just fall asleep when you stomp on them and kick them off of cliffs.

Verdict: 4/5: If you’ve seen one epic Mario video, you’ve more or less seen them all, but Rise stands tall against its brethren because of its well-told story, fantastic action sequences, and the fact that I never bothered to finish watching anything else that might count as competition.

Description: A glimpse of Mario as viewed through rose-colored glasses…and if roses are red, then Mario’s a communist.

Review: This video gives a remarkably lifelike portrayal of what Mario would be like if he were A Real Communist Hero (CCP.I. Joe!), and if torso-sized mushrooms could bite your shoulder off.  Though not epic in length, there’s a palpable sensation of epicness about it. It’s tangible. Go ahead—just reach out and touch it. OK, stop it, you’re going to break the screen. 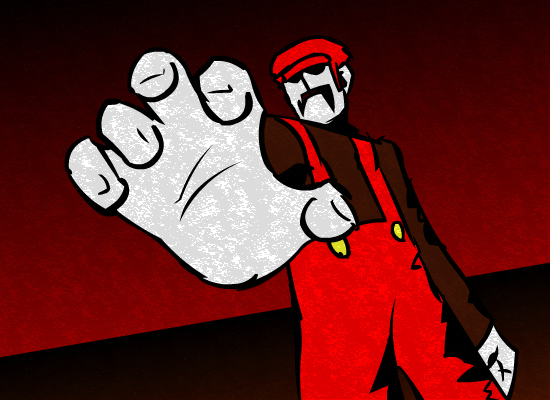 Verdict: Sorry, no rating this time. That would suggest inequality between videos. I’m just going to leave the number 4 here, and everyone can share it and make of it what they will.

Description: Tired of sitting on the sidelines as all the other 8-bit kids get selected to play through Super Mario Bros. Crossover, Mario does a little cross-dressing cross-overing of his own and arbitrarily picks fights with bosses he is woefully unprepared to battle from Kirby’s Adventure, Mega Man, Castlevania, Sonic the Hedgehog, and other games you’d much rather be playing. 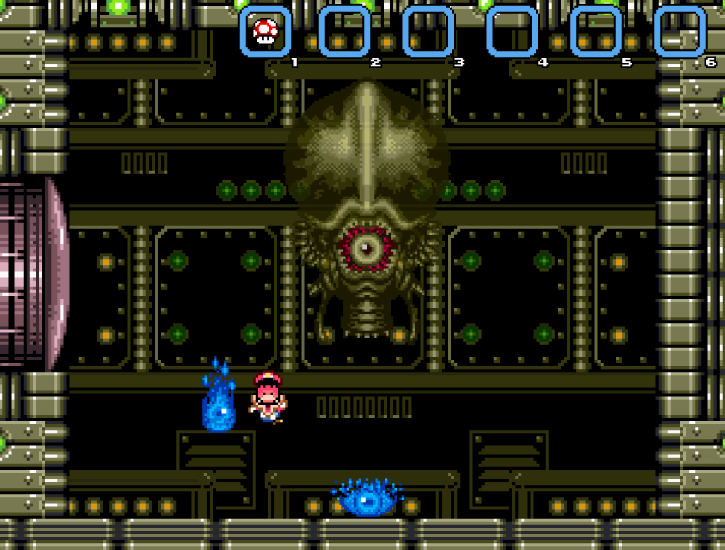 Review: In theory, this game sounds epically magnificent: Humble ol’ Mario gets into something like three dozen scuffles with bosses from other video games. Unfortunately, I don’t mean that there are about three dozen bosses to fight—although that is true—rather, I mean you’ll have to fight each boss about three dozen times before you win anything. Mario might look like the precision-made jumping machine from Super Mario World, but he handles more like he did in the original Super Mario Bros., which is about as ideal for boss fights as swimming the English Channel on a bicycle. To add insult to constant fatal injury, various design flaws and oversights such as bosses with infinite invisible health bars guarantee that you will mistake the “Game Over” screen for actual gameplay.

YOU WEREN’T KIDDING. THAT WAS PRETTY EPIC.

Well, it—hey, what are you doing here, disembodied voice from “Gamera Obscura“?

YOU’VE BEEN SITTING THERE FOR TWENTY MINUTES TRYING TO THINK OF A WAY TO END THIS COLUMN.

::ahem:: Hopefully that’s all epic enough to make up for the “Flash Flood” void that’s been with you since February. Think you’ve got a passable idea for the next column? Write a comment, e-mail me, leave your idea in a time capsule and have your futuristic descendants send it back to me via time machine; whatever.