Once risen, twice shy. If ever it were to happen in real-life, then we’d probably be right in thinking that, when zombies and weaponry collide, the result is glorious bloody carnage. Case Zero delivers what we’re expecting, and it’s as gruesome and violent as the original Dead Rising. I didn’t even download the trial; I just bought it instantly. I am not disappointed with what Blue Castle Games has done with the license.

Chuck Greene, the world famous motocross star, has a tiny little problem. His daughter became infected after she got bitten by his turned wife, and there’s only so much of the wonder-drug Zombrex available to stave off Katey’s disease. Because Chuck has nobody left in his life besides Katey, he continues his desperate struggle to find Zombrex for her.

Trawling his way to Las Vegas with daughter in tow, Chuck is as blind as they come. Stopping off in a town not far from Sin City, he finds himself caught up in a military quarantine because, you guessed it, SUDDEN UNEXPLAINED ZOMBIE OUTBREAK! If they find Katey, they’ll either take her away, or kill her. Well, Chuck’s come this far, and the only way out is through. He’s not going to give up on his dream of one day having a happy family again. 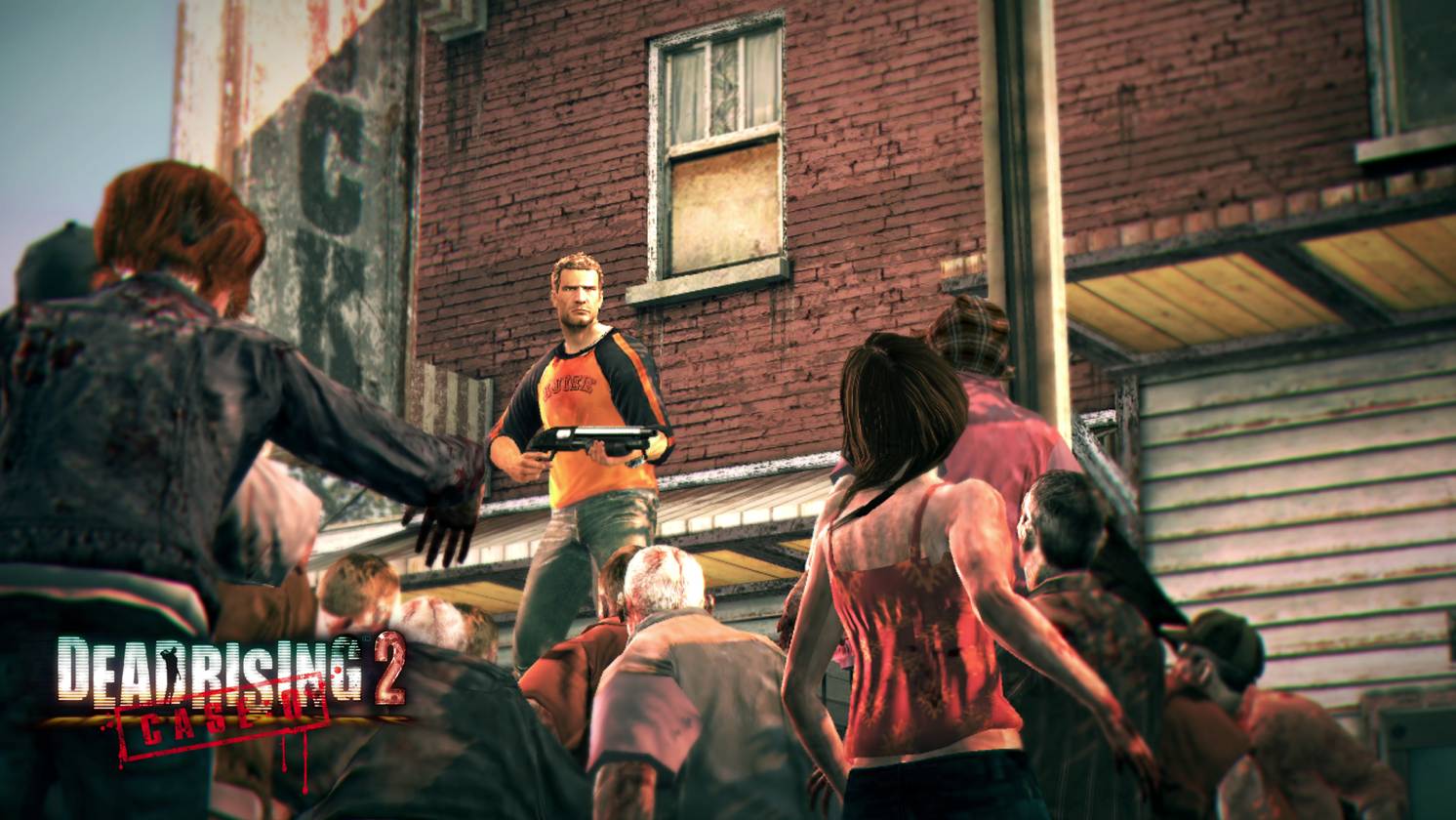 Chuck is a clever fellow. Clever enough to know that combining nails and a baseball bat is just one of the eight unique weapons that you can create while you’re at Still Creek. These combination weapons which are detailed on the GameCola YouTube Channel each have their own benefits—some have improved damage dealing capabilities, and there is one that can make Chuck throw up.

The promise that you can take what you earn into Dead Rising 2 is spoiled by the level-cap, which limits you to Level 5 and no higher. Also, because only eight combination weapons can be taken into the sequel, you’re only going to have a small headstart over the PC and PlayStation 3 players.

Still, if you’re looking for some of that classic zombie slaughtering that cemented Frank West as my favorite Capcom character, give Case Zero a go. If you’re not sure, then download the trial, because that is what it’s there for. A straightforward two-hundred gamerpoints and a taste of things to come. I can’t argue with that, but if you can, feel free to totally miss out.

If you have the four-hundred Microsoft Points lying around, you have no excuse not to buy Case Zero. Cheap, fun and exciting. Hesitate no more. With Case West having just been announced, there is sure to be enough Dead Rising for everyone to have a share.

I'm starting to think that The Book of Unwritten Tales is shooting for the dubious title of "The Duke Nukem Forever of classic-style adventure games." Not because it's a terrible parody of things th