My mother would be appalled.

Why, you ask? Well, to tell the truth, it isn’t really that important. After all, I’m getting married in seven weeks. There are about a hundred reasons why the Mother of the Bride would be appalled by something. It’s just the nature of the role. 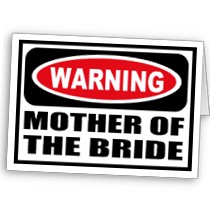 Actually, though, it’s got nothing to do with the wedding itself. And to be honest, my mother is hardly the overbearing type. Seriously. She’s tiny and adorable and is pretty much incapable of assuming the worst of someone. She is literally the nicest person I know. She is the goddamn Sunshine Fairy.

For Mike, this has always been a source of more than a little consternation. It makes sense, though. In his house, snarkiness is the norm. His family, while very loving in its own way, likes to snipe and snap and, when there’s nothing else to do, talk just to fill the silence. In fact, it is not unusual for one or more members of the family to exit the room while another is talking, and for the mass exodus to cause not the slightest interruption in the speaker’s soliloquy. He or she just keeps going on as if there was still a captive audience. This is why, as you can imagine, Mike was somewhat confused, when after fifteen minutes of monologuing in front of my parents, he paused to find that my mother was still listening to him with rapt attention. It just isn’t the way they do things in his house.

Which brings me (rather circuitously) back to my original point, which is that, as sweet as my mother is, and as well as she and Mike get along in general, there are some things upon which they will NEVER EVER be in complete understanding.

Unfortunately, one of those subjects happens to be videogames.

In my mom’s defense, she does try her best to understand. She has stated on several occasions that she does respect the notion of educational computer games (Treasure Mountain and Math Blasters were both staples of my childhood); and I happen to know for a fact that she is a fervent, if somewhat closeted, devotee of Tetris. However, that’s about as far as it goes. I never had a gaming console growing up; and Mom cannot for the life of her fathom what the appeal is that could keep grown men so enthralled with such a childish (and violent!) pastime.

Mike, for his part, tries not to let his frustration with my mother’s inability to understand his passion for gaming show too much. I can tell it stings, though. Mike loves to be able to share the things that are important to him; and when it comes to my mother, not only is he unable to do so, but he also constantly feels like he needs to defend gaming against attacks on its general merit as a hobby, as well as its occasionally ambiguous stance on such morally dubious topics as killing, theft, and other forms of brutality. It doesn’t help matters that Mike equates criticism of gaming with criticism of himself, any more than does the fact that my mother has a slight tendency to say the things that pop into her head before fully thinking them through.

To their mutual credit, genuine arguments on the subject of videogames have been rare; but I do tend to get an earful from both sides after the fact. Mom wants to know why Mike felt that he had to whip out his DS at the reception of a friend’s wedding (Answer: He didn’t know anyone, and there was no booze), and Mike wants to know why Mom can’t mind her own business (Answer: She was concerned that his absorption with the game would be construed as rudeness by the other people at our table), and I want to know why the whole thing has to be such a fucking big deal (Answer: No idea, but it definitely Was/Wasn’t, depending on who I’m talking to). 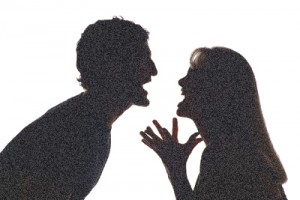 Typically, these passive-aggressive skirmishes find me holding the extremely uncomfortable Middle Ground. It really sucks; but I don’t know where else I could realistically be. Taking sides isn’t really an option: after all, I get where they are both coming from, and divided loyalties can be a real bitch to navigate.

I suppose I could just let them fight their own battles (technically speaking, they will be legally family in about a month and a half, so why not?), but…I don’t know. I feel like if they have to fight at all, then they should be battling about important things, like Religion or Politics or Childrearing or SOMETHING. Letting them duke it out over videogames feels roughly akin to using up 50 years of international goodwill to settle a tiff between the U.S. and England over whose version of “football” looks better on television.

All that aside, though, I know that at some point—whether I like it or not—I am going to HAVE to let Mom and Mike settle their differences. For one thing, I just don’t have the energy to fret about it all the time; for another, it would probably do them some good to fight their own battles. Building up of mutual respect and all that. Plus, I will admit that there’s a very small part of me that gets a kick out of the idea of my 6’1” fiancé going 12 rounds with my 4’11” mother over the merits of Mega Man 9. After all, some things are just too ridiculous to witness with a straight face, and learning to laugh at this whole damn mess is probably the best way there is to fix it.