…or something like that. According to the official Monkey Island fan page on Facebook, the mighty pirate most recently of Tales of Monkey Island will be an “unlockable skin” in Star Wars: The Force Unleashed II. Take a look: 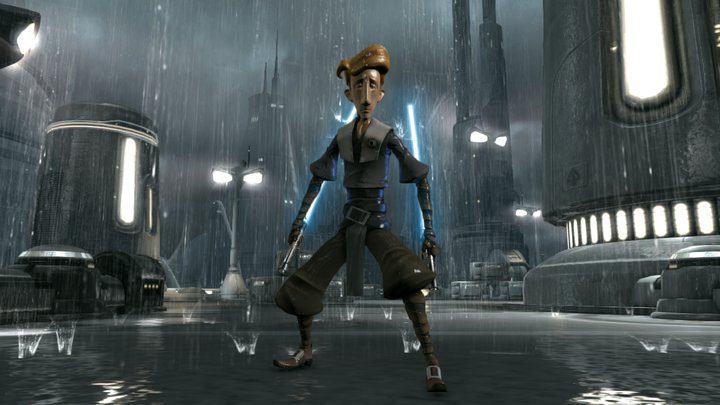 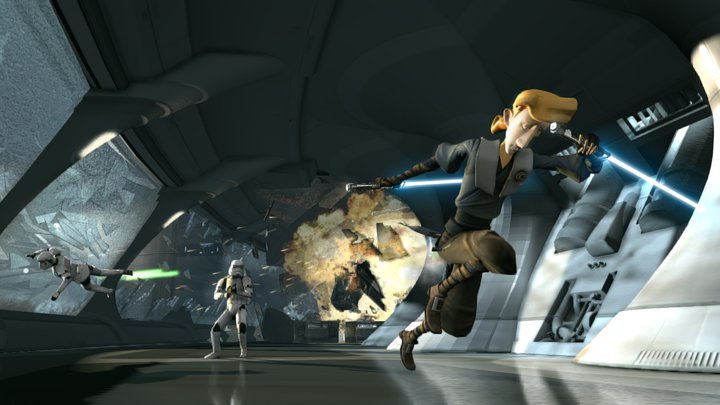 Personally, the game would be a DAY ONE PURCH for me if I could play through the whole right right away as Mr. Wood, but since they use the word “unlockable,” I’m guessing that won’t be happening, since you’ll probably have to beat the game or do some other ridiculous thing first.

Also of note is that his character model doesn’t look too much like that hideous monster from the TMI series; rather, he looks a lot more like the hideous monsters from the Clone Wars cartoon movie thing…which I guess is an improvement?

The Force Unleashed II is currently scheduled for release on October 26 for basically everything.

You thought that video of two soul-dead teenagers having the worst day of their lives was bad? Check out this shakycam footage of additional Kinect Star Wars gameplay: specifically, Han Solo and Lando