Now, we as a species don’t do this because we don’t value expressing ourselves artistically or communicating with others in some form. It’s just that we just like jacking off a lot more. 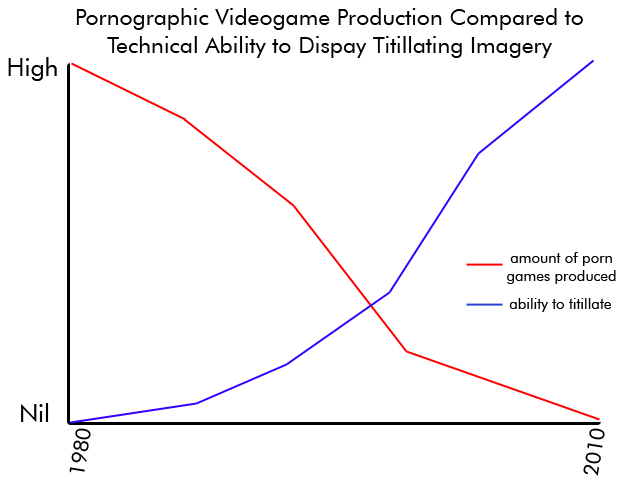 Peek-a-Boo Poker is the first of three games today from a developer of unlicensed adult NES games, Panesian. This one is probably the most traditional of the three, as most people are familiar with the concept of strip poker.

You start off playing poker with one of three ladies of your choosing, and once you win a certain amount of chips from her, you get to see short scenes of her in various states of undress while she delivers some of the most poorly written allusions to sexual situations I’ve ever heard, including:

“Think I’m sexy? I’ll rip off my top and show you my wild pair.”
Wait…but if you have a pair, it isn’t wild; it’s just a pair. Even if you did have two wild cards you’d have to have at least one other one to go with it, so that would be three of a kind. And that shit doesn’t exist outside of Total Recall.

“Feeling lucky tonight? Wanna fill up my house!”
Oh, OK, sure. We going to have a party or something, or is this just like phonebooth stuffing on a grander scale?

Bubble Bath Babes forgets the golden rule of any good Letter to Penthouse—”tell it slow”—as the game starts you out with a fully naked woman at the bottom of the screen. What am I supposed to work toward now? If you said “shutting off the game, evaluating your station in life and regaining a shred of self-respect”, you win.

This game kind of plays like Sega’s Columns, where you have to match like-colored pieces to get rid of them. The difference being that A. this game sucks and B. you get crude 8-bit women of ill repute undressing between levels.

Choice lines in this one:

“You’re the luckiest man in the world, you get to soak in my suds.”
You know, unless I had some kind of niche bathwater fetish I’d imagine there may be luckier people out there.

“Way to go Hot Shot! Care to lather me up?”
Sure…you mean with Herpecin, I trust?

“Bubbling Bunny wants you to pop my bubble now! I bet I can make your’s burst.”
Bubbling Bunny is a big fan of poor grammar and mixed metaphors.

As you have probably already guessed, Hot Slots is a slot machine game where, once you win enough money, you are “rewarded” with crude drawings of women undressing and some of my favorite awful lines:

“My box is full and it’s time for you to cash in!”
I like to believe this means I can pull her arm and a barrage of quarters will flow from her lady parts.

“Score some more and I’ll let you play with my Lucky Slot.”
Because all the classy girls choose their sexual partners based on their luck with slot machines.

“Get ready to play with my hot slot.”
I see what you did there, using the title of the game.

“Are you going to rack up my charries?”
OK, there’s a whole lot wrong with this one. Let’s begin with “charries”. Again, I’m willing to forgive the spelling error. However, if they were using this as a colloquialism for “vagina” I would like to know how one racks one up and also, what kind of genetic deformity this woman is that she has to pluralize it. Which brings me to the “rack up” portion of that sentence. I probably have the biggest problem with this part because racking up is a fucking pool term. Seriously, some rudimentary research into the topic you’re making ham-handed sexy talk about is in order here.

Honey Peach seems to be kind of a strip rock/paper/scissors world tour game. You start off playing against an Indian woman and must win three rounds of rock/paper/scissors to get her fully undressed. You then move onto someone who appears to be Spanish, Chinese, and then the game seems to forget the around-the-world theme and moves onto what looks like a flight attendant, Japanese schoolgirl and a secretary.

Playing through the game, you’ll quickly find that it has an excellent way of making you work for those 8-bit boobs—by shamelessly cheating like a filthy son of a bitch. If you choose scissors, they chose rock, if you choose paper, they chose scissors, and they will continue to outwit you well beyond the limitations of all statistical probability.

This one doesn’t have any dialog, which I thought was kind of a shame. The lines kind of write themselves—especially on the Indian level, I felt I was missing out on possible lines like, “Taking off my sarong never felt sa-right!” or “I’d like to charm YOUR snake.” Or the ever popular, “Put your penis in my vagina.”

The other four games were mildly entertaining, if stupid, affairs, but this one just kind of makes you think “oh, that’s sad”.

This is another rock/paper/scissors deal, but this time there’s only one girl and she sits there, motionless except for her clothing, which gets whisked away into space when you choose rock, paper, or scissors correctly while what sounds to be a horribly out-of-tune Chinese folk song plays in the background. When you win you’re treated to a nude girl who has no nipples, and then the clothes re-appear and the game starts over.

This game is kind of creepy and just creates this feeling of sadness because, at best, it simulates all the fun of spending your Saturday night alone stripping a paper doll nude for sexual gratification. At worst, it simulates sitting alone stripping a motionless dead girl while listening to a broken music box. Kind of a buzzkill; at least I could laugh at the others.

Also, the game’s name is a non-sequitur because there is nothing wild in this game and, testicle jokes aside, there is also nothing ball-related. 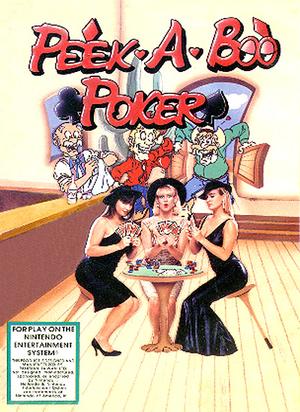