Welcome to the NEWEST edition of the thumbs that can (…but can’t really) see the future! I would NOT like to point out that the last two months have seen more new THUMBS articles than the new GameCola has ever seen before. However…I just did point that out. Whoops. …ANYWAY! Fasten in for awesomeness, because the journey begins NOW.

So…wasn’t the Kinect supposed to be this revolutionary device that would change gaming as we know it forever? Why is it a Wii add-on for the 360? Why would we want to play Wii Sports with a different name? THESE are the questions that will haunt us over the coming years, as Sony and Microsoft continue to make their own versions of all the Wii’s popular games (so, like three, right?), and ONLY those games!

If you know me, you know that I have a certain love for all things massive, multiplayer, and online. To say I’m pretty pumped for this game is an understatement. It just looks so cool, man! Star Wars! MMO!! You can actually be a Jedi without giving up your life!

It’s a BioWare product, so it looks like pretty much every game they’ve ever made. It’s going to have a lot of dialogue options and a lot of voice acting. But…in an MMO! Craziness abounds. If only it came with a lightcycle toy, it could be the greatest thing…EVER.

So this is a game for…some system. Who knows which! Hopefully it’s one I own, because this game looks pretty spectacular! If you haven’t seen the gameplay trailer, you should check it out, because it’s pretty enjoyable:

The graphics style hearkens back to the original days of the RPGs; however, the action is all action-y! Trade in your turn-based combat for some hammer (and probably other things…) swinging ACTION!

The coolest and most innovative aspect of this game is that narration. The game narrates your actions as you play! That’s right! WHOA. Pretty amazing stuff. The developers have promised that the narration isn’t too intrusive or repetitive, and that the game doesn’t narrate every little thing you do. From the trailer, it feels just about right. Good times! 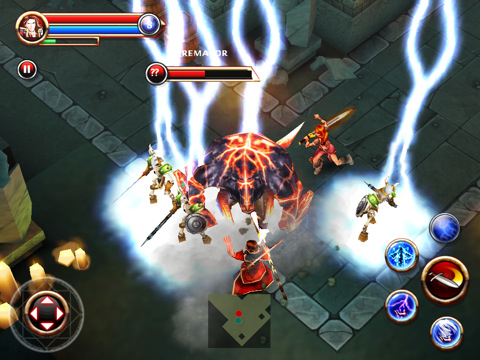 Online co-op! WHAT?! But no one ever remembers to add that in anymore! (EXCEPT YOU, MY BELOVED BORDERLANDS.)  That’s totally awesome.

What’s the game actually like, though? It’s…an HD version of an iPhone game?! Uh-oh! Well, at least phone games are much, much better than they were just a few short years ago…

What? It’s supposed to be like Torchlight?! But Torchlight is like Diablo! Online co-op Diablo on a console?!?! YES PLEASE!

Well, this game sure came out of nowhere. How did they keep this thing under wraps? Surely, people would be talking about a sequel to that quite-popular Duke Nukem game. Why did it take them so long to think of this, anyway? Of course people would want to reunite with their old pal Dukey! For many of us, he was our first introduction to the wildly popular first-person shooter genre! It is a CRYING SHAME that they did not think of this until now!

…whaaaaaaaaaaaat? This game has been delayed HOW long?! Historic, you say? Killed off THAT many times?! OH MY! This is too much for me to handle. I must get back under my rock now.

Well, that’s it for another installment of THE THUMBS! The ever-loved thumbs. TWO MONTHS IN A ROW! We are soooooooooo back, baby! Yes.

This month featured a staggering FOUR thumbs up! Quite a rarity for the THUMBS! But after nearly a year of silent thumbs during a year of hardly any awesome games, you deserve some positivity. The WORLD deserves some positivity.

Oh, who am I kidding? You ARE the world! I know my fanbase.

- The subject of much speculation since Square's mysterious poster at the Tokyo Game Show, a sequel to hit role-playing game Final Fantasy X is now confirmed to be well under development.  This, of c