I totally had Aquaria figured all wrong. But for once it was one of those happy moments where I get to say “This is better than I thought it would be” rather than the all-too-common “I want my money back, preferably in the form of loose change which I can melt down and forge into a blade of unholy consumerist vengeance.”

Aquaria is a shining example of the legendary indie ideal: a polished game of commercial quality…made by a team of two. You might not even recognize its indie roots at first glance: gorgeous backgrounds, a fantastic soundtrack, and, in a stunning upset of everything I ever believed about videogames, voice-acting which is mostly bearable. The game won some artsy hipster award back when it debuted, but in a wacky break from indie convention it actually went on to do reasonably well in sales. 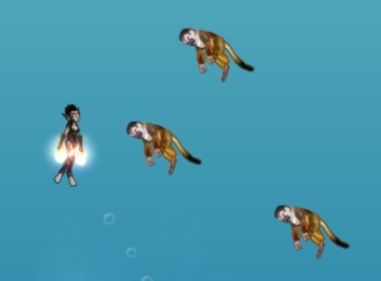 That’s all fine and dandy, but I skipped ahead in the early preview video I watched and ended up in a section which focused on 1) the cooking system, and 2) decorating your cave with items found around the ocean. I left with the mistaken impression that Aquaria was little more than a girly deepsea Animal Crossing. And, well, that’s at least partially right: on the surface, Aquaria looks like something ripped straight out of those Lisa Frank folders that my mother wouldn’t buy me all the girls in grade school toted around. As a result, I skipped out on a truly great game until it was forcibly downloaded to my hard drive by the hooligans who run the Humble Indie Bundle. I’m trying to be funny by pretending this is a screenshot from Aquaria, but I’m not sure that it isn’t.

But the deception cuts both ways: I mistakenly dismissed the game based on its rainbow-laden exterior, but my little cousins—already under the effect of a full-on mermaid obsession—took one look and were instantly entranced by the adventures of Naija the Sparkly Mermaid Princess. The risk of frustration-induced tantrums hung heavy in the air, because beneath all the sunshine and rainbows and dolphins leaping over unicorns, Aquaria is a challenging Metroidvania-styled action-adventure. Which poses an interesting question: how do you market a product to a target demographic as small as “extremely badass little girls”? 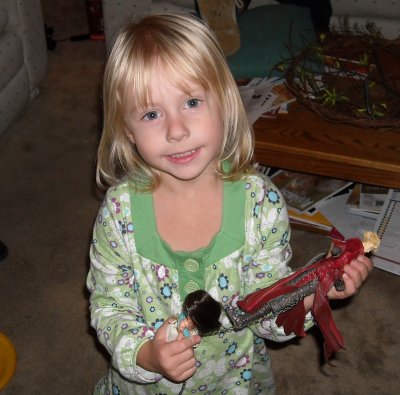 If you enjoy both Barbie and Vash the Stampede, Aquaria just might be the game for you.

As mentioned, in terms of gameplay Aquaria is a Metroidvania, but it’s a Metroidvania with some much-needed fresh ideas. So what does Aquaria do differently? First, the game takes place underwater. This means you’ll be swimming freely in all directions rather than jumping between platforms. “But how is that any different than flying around as a bat in Castlevania?” you ask. Well…shut up. Naija is much more maneuverable than Alucard the Ambiguously Gendered J-Pop Star, which brings us to the second way that Aquaria distinguishes itself: by allowing or even encouraging a defensive/evasive play style. 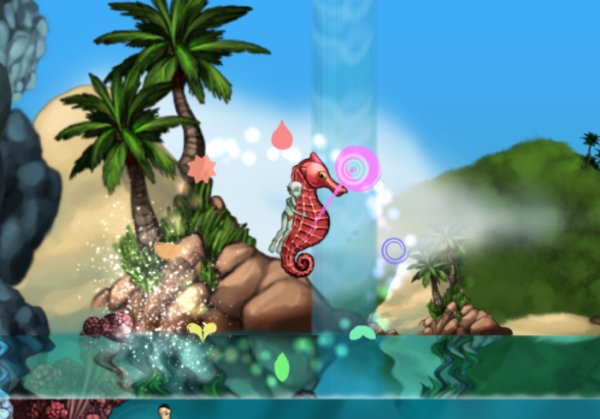 Why engage in needless bloodshed when you can jump through a waterfall on the back of a giant seahorse surrounded by a circle of rainbow runes while singing mysterious mermaid songs?

You can try to extinguish all life in the sea if you really want to, but many of the forms Naija can transform into don’t even have an attack. You’ll obviously have to fight the bosses, but many of these incorporate puzzle elements in addition to frantic action. Maybe I was playing the game wrong, but I often found it better (and surprisingly just as fun) to rely on Naija’s underwater mobility to gracefully slip between foes and projectiles. Think of it as a Metroidvania with the platformer aspect swapped out for a shmup, and you’ll have the right idea. (For this reason, I recommend using a gamepad over the default mouse controls.) The game even lets you tap the dash button a second time to perform a mocking little twirl as you dart past, which is sadly lost on the uncomprehending cephalopods and crustaceans who make up most of the cast of enemies.

There really aren’t too many bad things to say about Aquaria: it’s a long, well-rounded game with a satisfying amount of content. But I’ll be “that guy” and see what I can come up with:

1. When you do have to fight, you’ll occasionally get hit by unexpected spikes in difficulty. This can lead to a frustrating loss of progress due to the distance between save points. One minute you’re blasting a few scattered foes with ease, and the next you’re overwhelmed by projectiles and wake up as a peculiarly mermaid-flavored can of tuna at the supermarket. 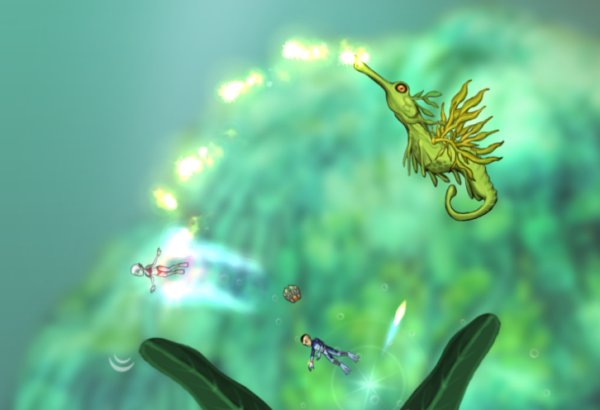 You really do get to kill things, I promise.

2. The game is more slowly paced than other Metroidvanias. With long gaps between the discovery of new abilities, you’ll occasionally find yourself thinking “I’m bored of turning into a demonic sea witch who hurls hatred-fueled orbs of burning death at her foes. Hurry up and let me turn into a harmless fish already!”

3. The vast ocean setting sometimes contributes to the pacing problem. Many of the areas in the game are impressively large, but this also means they take a while to swim across. You’ll eventually find warp points between areas, but like the save points, these are a more spread out than they should be. If you liked the sailing in Wind Waker, then these extended stretches of swimming won’t be a problem for you. But for the rest of us normal, sane, rational folk, Aquaria‘s map layout could have been a little more condensed. 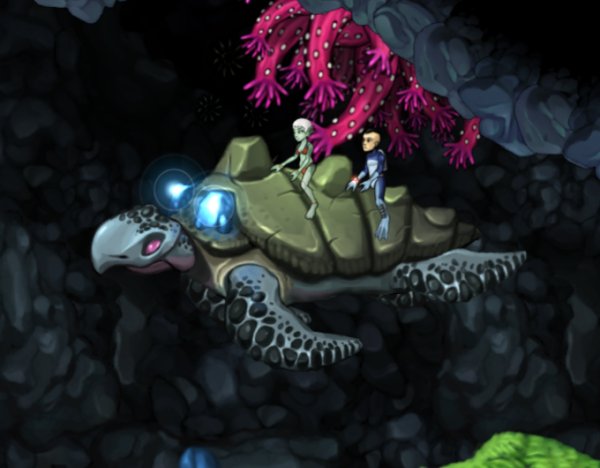 Jesus, even the warp points are all gross and Lisa Franky.

4. The voice actress who does Naija is actually quite good, and the lonely emptiness of the ocean means that most of the voice-acting in the game consists of her pleasant monologues. Unfortunately, there is a bit of dialogue late in the game which might have you rolling your eyes so hard you suffer a detached retina.

5. Some of the menus are clunky. It’s annoying to pause the action to combine ingredients one a time for each individual food item rather than just saying “9 leaves + 9 fish meat = 9 rolls. GO.” I suppose I could interpret this as an intentional sexist joke about female characters and their mathematical abilities, but I’ll give the developers more credit than that. 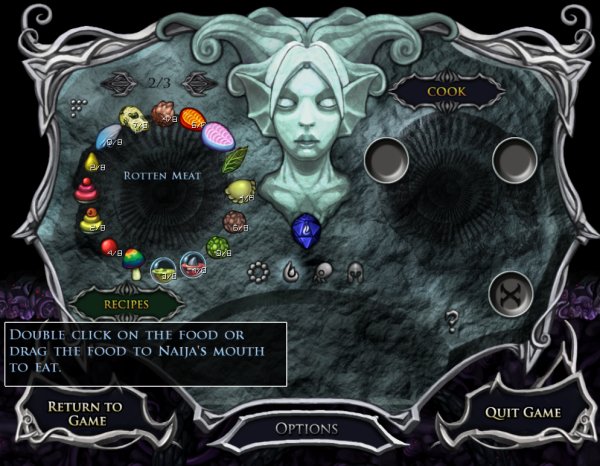 If you keep trying to make food out of rotten meat and bones, ask your mom to help you with this part.

I’m nit-picking the hell out of the game with the above list. The reality is that all througout Aquaria I had the warm fuzzy feeling that I was playing something created by people who really enjoy and understand videogames. All those little special touches are there: secret items, optional bosses, hidden Easter Eggs, coded messages. A level editor tops everything off and lets you create laid-back enemy-free areas for your little cousins who will otherwise tear you apart if you don’t let them play the game. If you’re one of those manly sorts who refuses to touch anything which doesn’t involve killer cyborgs, sports, or killer cyborgs playing sports, you’re probably a lost cause. But for anyone who can look past all the rainbows, I think you’ll find a hidden gem in Aquaria. 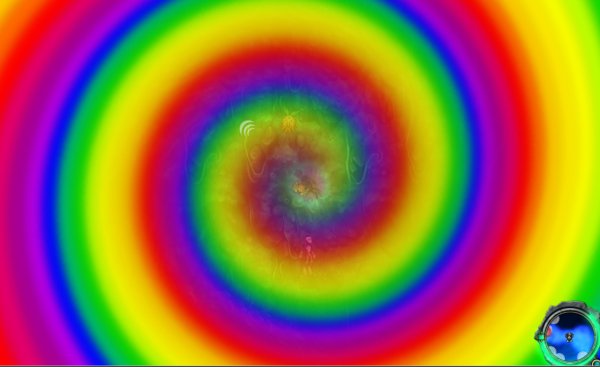 …But be warned: the rainbows don’t take kindly to being ignored.

What I want to do here today is give mad props to my boyz Michael Ridgaway and Michael Gray, who have thus far been a part of 100% of the podcasts that have been released. Or at least 100% of the po ...