It’s Christmas time, and that means it’s time for everyone to start singing the praises of Santa Claus. After all, with his jovial laugh, his bright red Christmasy duds, and his joyful, giving spirit, there’s nobody who doesn’t love that right jolly old elf.

Except me. Fuck him.

That image of Santa is all bullshit. The real face of Santa Claus is one of breaking and entering, theft, pedophilia, and even murder. He trespasses into people’s homes and steals their cookies. Childhood obesity, a condition this rotten bastard champions, is shaping up to be one of our nation’s #1 killers. Sure, he leaves presents behind, but would you trust the gifts of a strange, overweight, elderly man who asks your children to sit on his lap?

Today, we’ll look at a few games that have the guts to stand up to this menace and dole out some good ol’ fashioned vigilante justice to everybody’s favorite pedophilic serial interloper. Though, truth be told, I may have taken some liberties with the word “kill” to spice things up a bit—in some of these games you just fight him, rather than actually kill him—but, appropriate enough to the season, it’s the thought that counts. 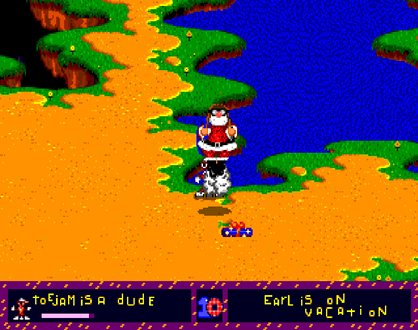 If I invited you over to my house to play a hip-hop themed videogame where you go out and collect a bunch of spare vehicle parts, you’d probably decline for one of two reasons: Either you found me on the state sex-offender registry, or you had no desire to play Pimp My Ride on the Wii. Thankfully, we’d be playing no such thing. Instead, we’d be playing the Sega Genesis classic ToeJam & Earl.

For those unfamiliar, ToeJam and Earl are funky aliens who have crashed their spaceship on the planet Earth and must piece it back together. During their search for the spaceship parts, they can collect wrapped presents, which contain random (mostly) helpful items like rocket skates, pool floaties, and tomato slingshots. The slingshots in particular can help protect you from enemies like hypnotic hula girls, rabid mailboxes, and the dreaded guy-dressed-like-a-carrot.

However, another target for your slingshot is the skittish Santa Claus, who will fly away on a jetpack if you startle him. If you’re stealthy, you can steal his presents; or, if you prefer, you can just pummel him to death with tomatoes from a distance. Sure, you destroyed Christmas for all the world’s good little girls and boys, but hey—if you put boxes full of rootbeer in front of me and told me to choose between those or the happiness of all the world’s children, pass the A&W.

It’s always hard to resurrect a long-dead franchise and rally the fanbase back on your side. It’s even harder when the fanbase is comprised largely of nerds. Sure, the Star Wars prequels were soulless, cinematic cancer, but let’s face it: Even if they were timeless epics, you’d have Internet forums full of nerds, capslock a-blazin’, yelling about how the hair on a wampa’s nutsack wasn’t quite the same shade of ivory that they used in Empire. For this reason it’s damn surprising that Telltale Games was able to resurrect the beloved Sam & Max with minimal nerd scorn.

Of course, it doesn’t hurt that Telltale Games obviously has a deep love for the point-and-click adventure genre that Sam and Max helped popularize in the 1990s. So much so that they continue to make them a solid decade after they fell out of favor with the mainstream videogame industry. Ice Station Santa shows that Telltale knows what they’re doing (usually) and doesn’t skimp on the far-fetched adventures and dark, nonsensical humor that make Sam and Max both Sam and Max, respectively.

Ice Station Santa introduces Sam and Max to the true face of Santa Claus, an evil old man driven crazy by demonic bloodlust. Ever resourceful, Sam and Max do the right thing by shoving Santa Claus into a crate and mailing him to Hell at the very end of the game.

Oh, spoiler alert, by the way.

Duke Nukem may be the victim of some lazy writing—his one-liners largely coming from other sources—but that doesn’t mean he played any less of a role in opening up the game industry for adults who aren’t afraid to patronize an exotic dancer or two, or inform an enemy that they’re about to brutally decapitate them and defecate down the resulting neck hole, right before shooting them point-blank in the face with a railgun.

Unfortunately, Nuclear Winter isn’t actually a proper Duke game, but I’ve got to pad out this list somehow. It’s actually a mod for Duke Nukem 3D: Atomic Edition that was made by a third-party developer but released as an official mod by 3D Realms.

Overall, it’s as lazy as the writing. The first levels in this version are just the same levels that are in Duke 3D, just flipped around a bit, and later levels can get unnecessarily labyrinthine. However, for someone with a real bloodlust, this game allows Kris Kringle to meet his most violent end of this bunch.

Secret of Mana is a bit of an anomaly in the world of RPGs because it has the option for multiplayer. Square and most other developers largely ditched the idea of the multiplayer RPG soon after SoM, presumably because finding an avid RPG player who has friends is like finding a sexually active kid at magicians summer camp. Thankfully, it isn’t multiplayer-only, so I, friendless avid RPG fan that I am, was able to play it.

After playing through the game a bit you run into the fearsome Frost Gigas, who, it turns out, just happens to be Jolly Ol’ Saint Nick…because when kids don’t believe in him anymore he becomes a huge, bloodthirsty fucking murderer—MERRY CHRISTMAS! Unfortunately, destroying Frost Gigas has the opposite effect that we were looking for, as it actually frees Santa Claus from the evil curse, and there is no way to end his jolly ol’ life after that. But, you did destroy an evil form of Santa—so it still counts, goddamn it! 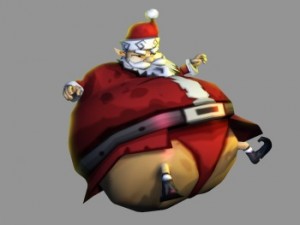 Truth be told, I was tipped off about this game at the last minute by Cobra Commander himself, Paul Franzen. From what I can glean off the Internet and about an hour and a half of playing, it appears that at the crescendo of this RPG/beat-’em-up, you can kill Santa Claus and claim his magical thong underwear for your own. If that brand of absurdist humor sounds familiar, it should—the game was designed by Monkey Island‘s Ron Gilbert. Unfortunately, I can’t get this article out in time for Christmas and get all the way through DeathSpank: Thongs of Virtue, so that’s really the only information I can give about this game without just making stuff up. Now normally, I wouldn’t have a problem with making stuff up and passing it off as legit information, but with a Ron Gilbert game, the problem is that my lies wouldn’t be ridiculous enough. 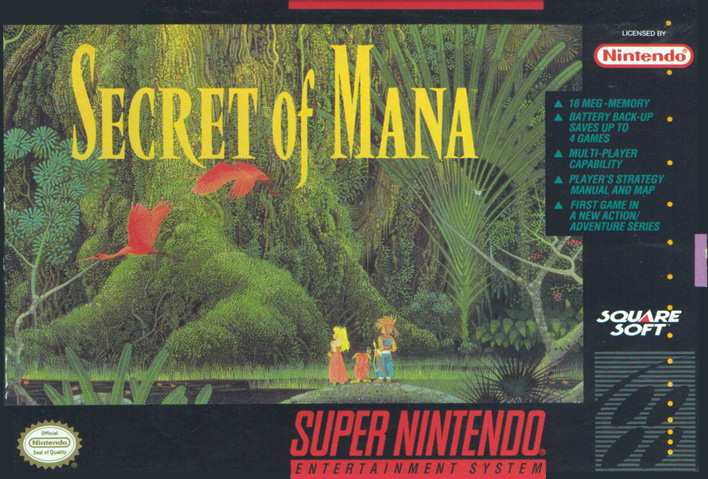 It’s refreshing to make it through an entire “Top of the Heap” without playing a single terrible game. It’s even more refreshing to have played through a whole bunch that are damn fun—classic, even. It just goes to show that all the games that matter understand the truth about Santa Claus. Even with such stiff competition, though, Secret of Mana comes out on top. Though the turn-based vs. action RPG debate rages on to this day, SoM certainly presents a strong case for the action-based game. Sure, you might not actually get to kill Santa in Secret of Mana, but it at least gets the word out that he is a menace who lusts for blood and must be stopped—with extreme prejudice.

Baldur's Gate: Dark Alliance finds its basis in the shadow of table-top games such as Dungeons Dragons: no set storyline for the character as the story commences, no evil empire to overthrow, no worl