Ghost Trick: Phantom Detective is the best adventure game I’ve played all year (sorry, Back to the Future! I’ll still play your second episode!). This should probably come as no surprise, as the game comes straight from one of the Phoenix Wright executive producers (the one who hasn’t made a game in three years).

In this game, you star as Sissel, a ghost with the power to possess objects and rewind time. He uses these powers to talk with animals, save people from dying, and, of course, stop the bad guys who want to take over the world. The plot is long and complicated, and it all unfolds quite nicely as the game progresses. 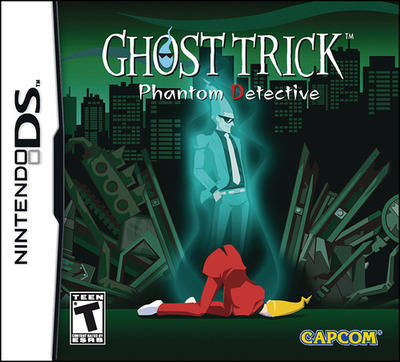 I’m not sure I’ll be able to describe the gameplay accurately, but I’ll try anyway. In most adventure games, you have to use various items to solve puzzles. In this game, because you’re a ghost, you have to possess items in order to use them. When you possess an item, you usually manipulate it in a trivial way, such as “opening a door” or “pushing a chair.” You need to possess a series of items, in the right order and at the right times, so you can solve puzzles.

Most of the puzzles involving preventing someone’s death. You get to replay the last four minutes of a person’s life, over and over again, until you can prevent the death by manipulating objects. I know this probably sounds weird and complicated, but trust me, it works great. The gameplay mechanics took a little while to get used to, but once I had them figured out, the game ended up being a fun, unique challenge. I really liked restarting puzzles over and over again and trying out different actions.

Overall, the gameplay is kind of different from what you see in a normal adventure game, but it’s not so incredibly different that you can’t figure out what to do. It’s an interesting variation on a typical adventure game control scheme, and they manage to keep it fresh throughout the whole game by changing some things slightly as the game goes on. They did a really good job with it. 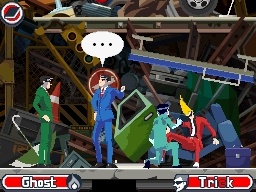 Phoenix Wright says that he doesn’t want to take the case.

As I said earlier, the plot of this game is long and complicated. You can save the game at any time, but towards the end of the game, when a humongous plot twist occurs every five minutes, you’re probably going to want to keep playing even though it’s really late and you have work tomorrow. Yes, it’s one of those games.

As for the characters, the cast of about twenty people tend to run the gamut from crazy to ridiculous. Expect to see a good amount of dancing as the game goes on. Some of the main characters feel like they were directly copy/pasted from the Phoenix Wright series, such as the wacky female sidekick who eats a lot, the big-hearted detective who wears an overcoat, and the small girl whose main personality trait is “cute.”

One character literally comes from the Phoenix Wright series: Missile the Dog. I have no complaints about this whatsoever, because Missile the Dog is the most awesome character in the game. He barks, he wags his tail like a madman, and he has all the best dialogue. I have already nominated him for Best Character in the GameCola’s 2011 End of Year Awards. 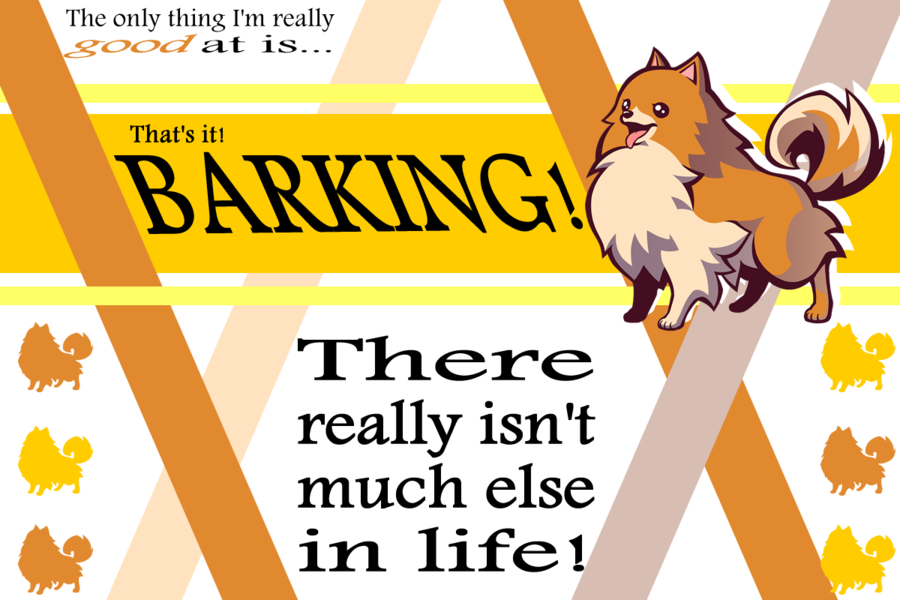 In summary, I really enjoyed this game. It’s good to see Mr. Phoenix Wright Producer break out of his long slump of not doing anything since the Hobo Phoenix fiasco. It’s true that this game seems to rely heavily on his Phoenix Wright success by including similar plotlines, characters, and jokes, but that just means if you like Phoenix Wright, you’ll probably like this game. It’s a fun and funny adventure game, with somewhat unique gameplay mechanics.

Plus, there’s a dancing dog in the ending credits. What more do you want? Just be glad that Capcom’s translation/localization team didn’t try to kill this game, like they did with the Miles Edgeworth game.

Return All Robots! by Space Whale Studios is a new puzzle game available for the PC and XBLA. As an intern at a robotics company, you possess a remote control that can direct all automatons to head in