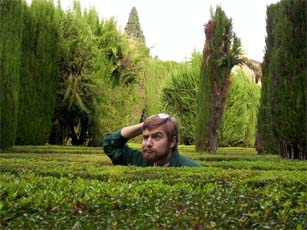 Nathaniel Hoover is a current GameCola staff member who writes reviews; blog and video posts; a column called “Flash Flood,” in which he reviews Flash animations and games; and fictional stories about Samus Aran. He also draws a webcomic called “Sprite Flicker,” contributes regularly to The GameCola Podcast, and administrates GameCola’s YouTube page. Additionally, he edits articles for the site. This is Nathaniel’s second appearance in “Versus Mode,” having written previously with Zach Rich.

Meteo Xavier is a current GameCola staff member who writes reviews, and he also recorded the theme song for The GameCola Podcast. This is his fourth appearance in “Versus Mode,” having written previously with Justin Luschinski, Colin Greenhalgh and in NewbieMania.

Nathaniel and Meteo have also appeared together previously in “Gamer2Gamer“: a review of the original Final Fantasy.

1. Friend Codes need to GO AWAY.

Nathaniel Hoover: This should be of no concern to anyone, because I don’t have any friends. Call me old-fashioned (y’know, like, use a rotary telephone), but I don’t play multiplayer games over Wi-Fi. I broke this generalization to try out a few rounds of Tetris DS and Mario Party DS, but neither one required a Friend Code, so it looks like I need to do a minimal amount of research to adequately fabricate an opinion on the situation.

To be honest, this is the third or fourth time I’ve looked up what Friend Codes are, and they still don’t make any sense. They’re like Wii Facebook and you’re trying to play Wii Farmville or something, right? I can understand taking measures to ensure one’s privacy when playing a console game against your favorite potential criminal down the street, but is that really necessary for the DS? If you’re close enough for the DS Wi-Fi to work, then you’ve already been kidnapped. 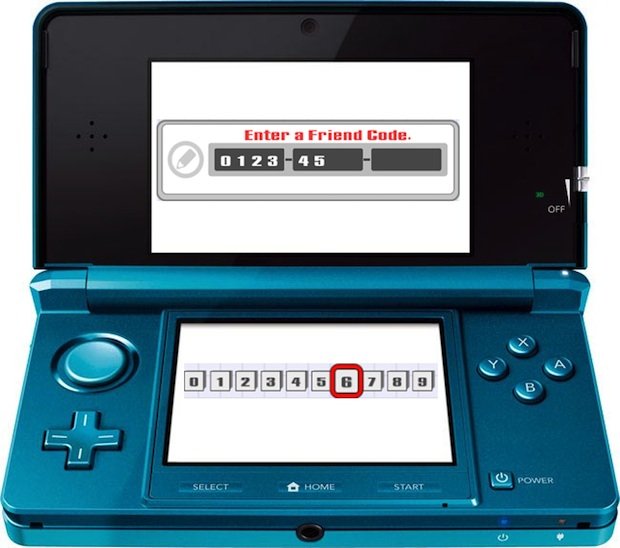 Meteo Xavier: I’ve never used a Friend Code in my life. I don’t even know what it is. I’m using Wikipedia right now to guide me through the process and understand what the fuss is all about.

…OK, so I’m reading it, and I still don’t really get the fuss. You have to give people a 12-digit code to friend you? Is that it? How is that any different from like Instant Messenger or Facebook, where you have to type something in or even write something down in order to find someone? I mean, I plead ignorance here; like I said, I’ve never done it before.

I think it’s just another reason for the new generation of spoiled-ass modern gamers to bitch. You think you got it tough? Try growing up playing Faxanadu or something where you had to use PASSWORDS that were 32 (32!) characters long comprising letters and numbers both uppercase and lower, and God help you if you’re 5 years old and have Mega Man 3 about 10 minutes away from going back to the video store and you’re trying to write down a password which is a fucking matrix of different colored orbs.

In my day, if we wanted to play a game with a friend, we had to go way the fuck down the mountain (no joke, we lived by, like, no other kids), ask their Mom for permission (or wait until she got home), and then cart them up, and cart them back down. Sometimes it took days to arrange that. Friend Code? Don’t make me laugh. Be thankful of the shit you get in this day and age. Stop jerking off a gift horse with your mouth and just accept these minor inconveniences.

2. The Last Story needs to be released in the U.S.

Nathaniel: I live under a rock. I don’t know what The Last Story is, but a quick glance over the Wikipedia article tells me that it’s got bad guys called Gorgs and a mysterious healer named Mahnamahna, so I can only assume it’s a Jim Henson production. (Evidently I live under a Fraggle Rock.)

I don’t care about The Last Story specifically—I think we’re at a point when all Japanese videogames should be released in the U.S., and I’m not just saying that to cruelly deprive certain GameCola staff members of material for their “Gamera Obscura” and “Speak American” columns. I don’t know anything about the business side of translating and localizing games, but on the surface, it’s illogical for Japanese game companies to deny any games to a country with almost 2½ times as many potential customers, who are willing and capable enough to play anything you toss our way.

We Americans have come a long way since the late ‘80s, when our inferior gaming skills caused Japanese developers to baby us with an easier difficulty mode in Mega Man 2 and entirely withhold the true sequel to Super Mario Bros. because it was way too hard. Well, it’s 2011 and we’ve received these so-called “Lost Levels” in both Super Mario All-Stars and its unnecessary re-release (though we’re still being babied with an embarrassing Easy Mode where spikes and enemies turn into 1-Ups and lollipops in Mega Man 10), so I’d say that’s progress.

Furthermore, our taste in games has expanded over the last few years, to the point where we’re no longer discerning about anything. We’ve got indie games including the likes of Chains, Don’t Be Nervous Talking to Girls, and Try Not to Fart, so it’s obvious that we will play anything, no matter how bad or strange. We’ve got loyal fans who translated the Japanese ROM of Mother 3 into English so that the legions of EarthBound devotees can get their fill of beating up funny animals with blunt objects. There’s nothing that’s too unconventional, too difficult, or “too Japanese” for a profit to be made over here. 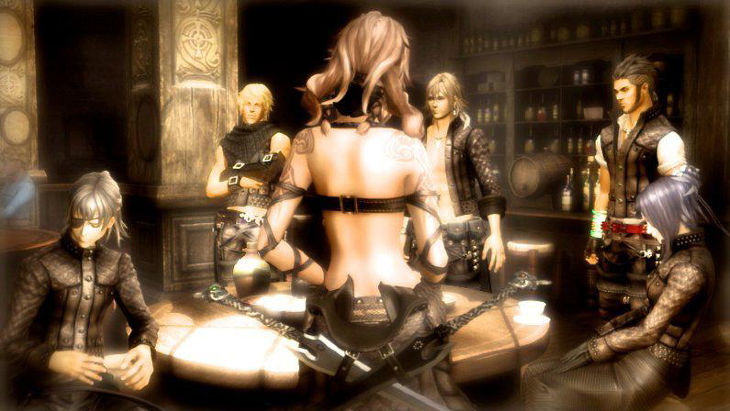 Meteo: It’s funny this article mentions the uselessness of online petitions—I’m the one who helped get The Adventures of Pete and Pete on DVD through an online petition, a feat far more difficult and far more beneficial to the human race than this.

Anyway, come to the U.S., don’t come, whatever. Hironobu Sakaguchi hasn’t really been knocking them out of the park since Final Fantasy, though he has made honorable efforts to do so. I, of course, love the idea of a near-proper Final Fantasy thing with Hiro and Nobuon exclusively for the Wii, but I’m quite doubtful this is going to be the big bang Hironobu is looking for in his career.

Here’s hoping for the best, though.

3. There’s nothing wrong with what Gameloft does.

Nathaniel: No, there’s nothing wrong with a company I’ve never heard of making games for mobile devices I don’t have. Maybe they should start making clones of Japanese games that haven’t been released in the U.S., and then everyone would be happy. Don’t we have lawsuits to settle questions like this?

Meteo: No, there’s nothing wrong with a company I’ve kind of heard of making games for mobile devices I don’t own. Maybe they should start making duplicates of Japanese games that haven’t been released in the U.S.S.R, and then everyone would be happy. Don’t we have federal injunctions to settle questions like this?

Nathaniel: Your mom needs to be region-free. I’m sorry; I apologize for that. I’m acting like it’s over a decade ago, when I was in middle school and region locking still made sense. We’re in a technology age, an Information Age, a Dragon Age when people are connected to the rest of the world, aware of what other countries have to offer, and in a position to purchase whatever the heck they want from absolutely anywhere in a few simple clicks. Doesn’t region coding discourage profits and encourage region-decoding subterfuge?

Yes, yes, price control and release dates and all that. I’m deliberately ignoring business philosophy here; I’m talking logic. Is a man from Korea (whose body parts are all Korean) physically incapable of drinking Moxie because it was bottled in Pennsylvania? No. That wouldn’t make any sense. What is so different about videogames (and DVDs, for that matter) that they can’t be sold region-free, like everything else we can inconveniently order from other countries at a lower price?

Meteo: Ummm…how badly were you wanting to play 3D DS games from Korea?

5. If there’s any videogame that needs to be turned into a reality show, it’s Pac-Man. 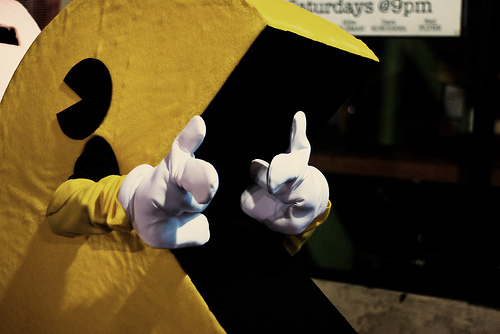 Nathaniel: When you put “Pac-Man” and “reality show” together in the same sentence, my first thought was Big Brother, except one dude is chased around the house by his housemates while he tries to stuff his face with cherries and doughnuts picked up from the floor. Then I remembered, “Hey! I don’t watch reality shows! I don’t care!”

Clearly, I was the best person to write for this edition of “Versus Mode.”

Meteo: Dammit Merv, couldn’t you have stuck around at least a few years longer so your company wouldn’t fall apart under ideas like this?

Well, since we can’t resurrect him to stop this madness, we have no choice but to make the show so ungodly that the example it sets literally burns the television industry down to the ground, and President Obama has to eliminate five states from U.S. sovereignty just to equal out the fallout of this economic Megiddo crash. For this to work, this show will need the following:

And finally, Richard Dawkins personally awarding everyone on set the Richard Dawkins Award for proving to the general public through their efforts on TV that there truly is no God.

On this very exciting installment of The GameCola Podcast, Jeddy, The Franz Man, Sea Port, The Green Machine, The Hoover Dam, and D-Dons tackle hard-hitting topics that other videogame humor websites