Recently, the Sony PlayStation Network had a huge shutdown, following an attack by hackers or something like that.  I haven’t been following this news story because I don’t own a PlayStation 3, but there’s one person who has: the poorly-informed movie reviewer.

The movie reviewer spent most of his time talking about Cars 2: The Videogame, which is going to be awesome, because Pixar is taking the movie in a whole new direction.  Have you heard about this?  Instead of racing, our car friends are going to be international super spies.  Clearly, this will be the best movie of the summer. 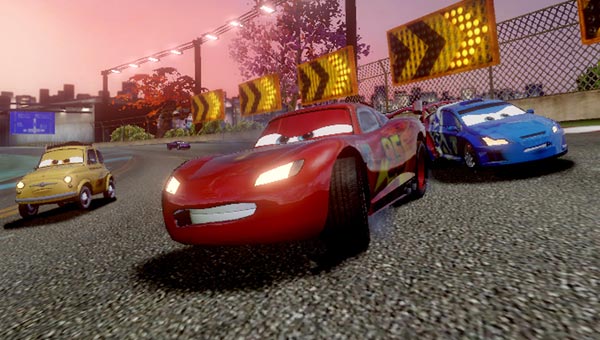 When he finally got around to discussing the PSN Shutdown, he did a good news / bad news take on the situation.

Bad News: The PSN shut down, and people had to live without videogames for several days.
Good News: Cars 2 hasn’t come out yet, so really, there are no PlayStation games worth playing.

Bad News: A lot of credit card numbers were stolen.
Good News: Most of those credit cards were over their limit, anyway.

Good News: Sony has promised that they will give you the most secure videogame console on the market.
Bad News: This means they are handing out free Wiis to everyone.

Sony’s “Welcome Back” program, following the network shutdown, comes with a lot of freebies, like free identity theft protection.  It also gives users the choice of picking out two free games from this list:

Of course, the movie reviewer was upset to learn that Cars 2 wasn’t on the list, and he predicted that this could mean the end of Sony’s career in videogames.

It's been quite a year. Let's think a bit about the times that came before.