Why, cruel videogame industry, are we forced to play Goldilocks when sitting down to play our games? Games all have their own ideas of what Easy and Hard mean, have different rewards (and sometime none at all) for choosing a more difficult setting, and really produce a schism in groups of people who say they’ve beaten a game. I really don’t care if you’ve beaten the game on “Super Easy,” you shmuck!

Let’s explore some key games that particularly struck my difficulty chord and make me turn my head a little bit sideways.

One of my favorite NES games, Double Dragon II has it all: punches, kicks, jumps, jump-kicks, twin brothers with palette-swapped pants, guys being kicked out of helicopters, and Alyssa Milano! It also has some pretty crazy difficulty settings, including PRACTICE, WARRIOR, and SUPREME MASTER. …What the crap?

OK, many games have training rooms/practice areas; so is that what PRACTICE is? Nope, it’s basically an Easy mode, but it only lets you play the first three stages of the game, up to the famed indoor helicopter battle. So, if you really want to bone up on the first three levels at an easy pace, this is the mode for you. WARRIOR offers a moderate difficulty level that quits at the second-to-last stage. Finally, if you feel that you are a SUPREME MASTER, start up at that difficulty to go to the final stage and fight…the supreme master? I don’t think we ever learn his real name, but any guy that can turn invisible for the majority of a fight is a SUPREME MASTER in my book. This game’s unique in that, if you don’t play the hardest difficulty, not only do you not get the ultimate ending, but you don’t even get to fight the final boss. Double Dragon II is also a great co-op game. What is the difference between the two-player “Play A” and “Play B” modes, you ask?  Like in many NES co-op games, the difference is friendly fire. Unfortunately, the meaning of “A” and “B” seems to switch from game to game. Why couldn’t the name of the mode tell you? ARRRHGHGH! What were they thinking?! Who really wants to play with friendly fire on? In Battletoads, the bane of my existence, you’re forced to play with friendly fire on, and the game is basically impossible. In this game though, if you kill your buddy, you actually gain an extra life. Pretty twisted, but a good way to start the game off with extra lives, by beating your brother to death three times.

Wolfenstein 3D: the shooting game that started it all. But what difficulty setting should you try it on? This game actually has some really cool modes that aim to make you feel like less of a man, like “Don’t hurt me,” or “Can I play, Daddy?” That image of BJ Blajkowicz in the baby bib will haunt your dreams. You’ll explain to your children that you beat the first big-name shooting game with ease, but you won’t explain to them the quick and easy path that you and Vader took. You can really only say that you’ve taken out Hitler on Death Incarnate!

Although lacking a four-player mode, the SNES version is the best version of this hit Konami arcade game. Playing the hardest difficulty setting has the most impact in the Technodrome stage battle against Shredder. You have to flip foot soldiers at the screen to hit Shredder in the machine he’s operating within. It’s only in this mode that the foot soldiers all block your attack in this battle, so you have to stun them from behind or with a running move. Very tough! …But what’s this? You have more continues on higher difficulty settings? That makes it easier! What the crap, isn’t it supposed to be more of a challenge?

Voted one of the most disappointing games by GameCola, Turtles in Time: Reshelled might have crawled its way into your XBLA or PSN list of games to download. Finally, a Turtles in Time version that you can play with your friends online. (Well, maybe not right now.) Unfortunately, they totally screwed us over in the graphics and sound department. Why, oh why, isn’t there a classic mode that you can play the game in its original form, similar to the first Turtles Arcade game that was exclusive to 360? What were they thinking? 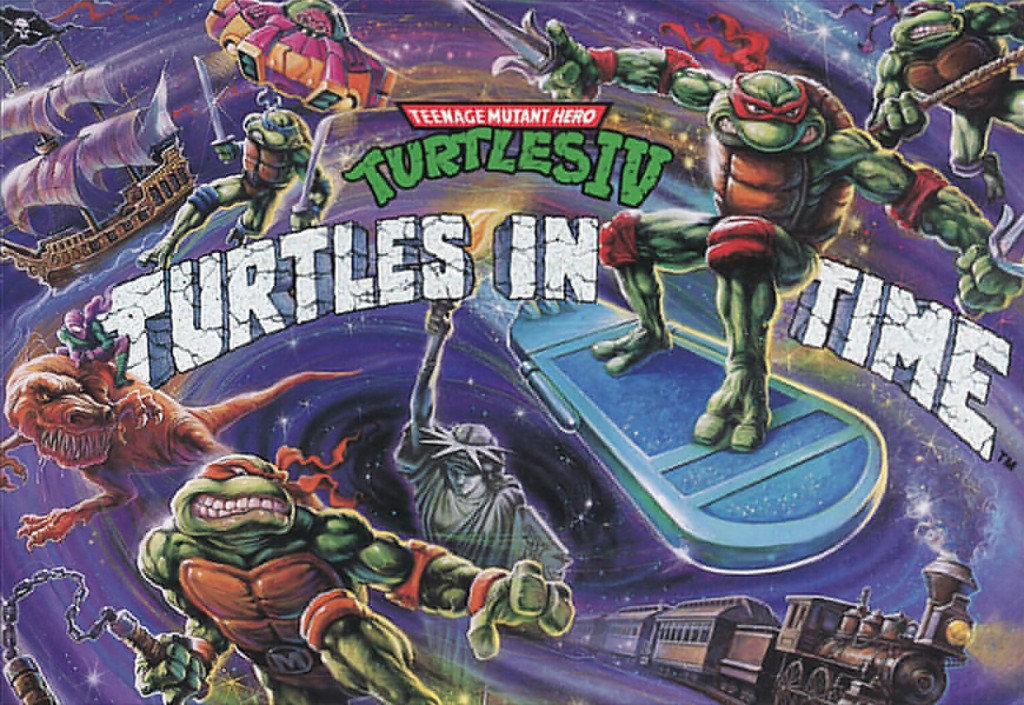 Finally, we get to Doodle Jump. It’s a vertical platformer where this Homestar Runner-looking guy jumps for his life to get to the top, and it’s available on Android, iPhone, iPad, etc. You’ve heard of these iPads, right? They’re these big computer screens with no keyboard that are too big to fit in your pocket. Talk about a difficulty setting of its own!

…But I digress. I’m guessing there’s no real end to Doodle Jump; you just inevitably die. Oh, cruel world and its endless puzzle games. This game has settings like “Classic” and “Full.” Pretty ambitious of them to have a “Classic” mode of a game that isn’t a sequel or part of a series. Of course, there’s no explanation as to what Classic or Full means. I played on the default Classic mode, until an update of the game came out on Android which actually eliminated this setting (you’ll have to take my word for it that it existed).  You’ve taken all this time to develop a game, and you can’t give us a simple explanation as to what the crap you’re talking about with these crazy settings?

Apropos of nothing, here’s a silly article that relates Doodle Jump to being a Christian minister. Apparently power-ups are tools of the Devil. Yeah…have fun trying to beat Super Mario Bros. without a mushroom. 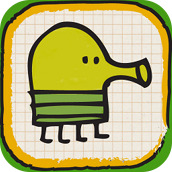 I wish my couch could fly. I mean, think about it. You're on your couch, chillin' out with your buddies, but suddenly you run out of beer. You can't just sit around and play your movie trivia game sob