So, Ocarina of Time 3D, hey guys? Nope, I know you’d much rather hear about the new Dead or Alive game. You know the one: the game that’s bombing in the charts right now because you’re not buying it. Team Ninja strikes once again with an entry into the fraying foray of fighting games currently available on the market. About time, ’cause Street Fighter is a joke (a rather masochistic joke that focuses around how quickly you can spam your ranged attacks).

When I reviewed Dead or Alive 4, I made a point that the next Dead or Alive should flesh out the story. Once again, I have been listened to (so while we’re at it, I would like a writing job please; thanks Team Ninja, you’re the best). Dead or Alive: Dimensions is the fighting game that I was waiting for. IT FAILS…to disappoint me, that is! A worthy successor and torch-bearer for the franchise. Albeit more of the same, again.

Too bad the game has been wronged in Sweden by egalitarians who think that Ayane in a bikini constitutes underage smut. What they need to do is give themselves a shot of male hormones so they can start growing some balls. If they were to put down their handbags and stop applying makeup for a second, maybe they might learn something. 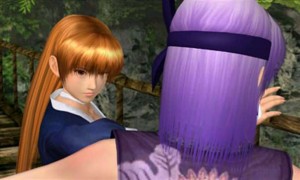 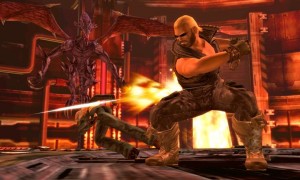 They didn’t kick up a fuss about the release of Dead or Alive: We’re All Practically Naked and Our Bikinis Are Completely Soaked Through. I would say that Dimensions is definitely the lesser evil compared to that filth. There’s a saying about chimps in positions of power, but I’ve forgotten it. Denmark and Norway are both missing out, too, because one supplier handles all three countries. That isn’t fair, Sweden; the DOA series is excellent, and it shouldn’t be kept from the fighting game fans.

Stop hurting the publisher who can’t release the game to the other regions due to fear that you’ll shoot them down for owning copies of it. Grow up, grow some, and quit blaming the problems of your country on other things when they’re really your own fault.

Dead or Alive isn’t about the bodies:

No sir! It is about fighting, and kicking some ass. Curvy, flawless, impeccable ass. All right, fine; the bodies are somewhat important. But what the series really needed was a decent story, something that has been attempted and almost perfectly pulled off in Dimensions‘ “Chronicle” mode.

Chronicle mode tells us the story of the entire series through cutscenes, full-motion video, fights and tutorials. This in-depth scenario selection covers the key elements and relationship trees. Things you need to know, such as what the fancy words mean, are displayed on the touchscreen as factoids.

All lines of dialogue are voiced in both Japanese and English. Wendee Lee (Haruhi in The Melancholy of Haruhi Suzumiya) voices saucy Ayane, the only choice for the role that there could ever be. Troy Baker (Yuri Lowell in Tales of Vesperia) provides the voice for the manly and all-knowing mega-ninja Ryu Hyabusa. Each voice fits the character as you would expect it to, and this makes the story even more gripping; but these two in particular show that someone with ears was on the localization team.

This story mode serves as a tutorial, explaining features such as the Triangle System, which I previously did not understand. It has miniature lessons that punctuate each scenario. Luckily, it seems that you can bumble your way through story mode even if you’re a scrappy fighting game player, as sometimes the game slows down and gives you button-prompt warnings to make it easier to play. This is very different from Dead or Alive 4, which mutilates you at every given opportunity, and also provides no hints.

If you’re after that level of difficulty, you will find it in the other, far more challenging modes. 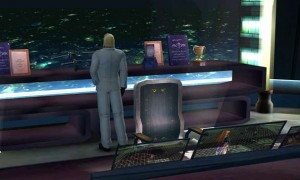 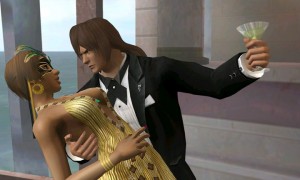 You may be interested in throwing down the gauntlet for some online smackeroo’in. Apart from a few lag issues (which disappeared as soon as I was into the match proper), the online is impeccable. Within moments, you’re engaged in battle with an unknown foe. It couldn’t be easier to get online and get fighting, something I find shocking after all the trouble I’ve had with console fighting games. The Nintendo 3DS proves itself capable of transferring and receiving data at fast speeds and cements itself as a tough cookie to beat in the handheld online multiplayer market.

Another great feature is the SpotPass and StreetPass support, which you may choose to enable. Every day, if your 3DS is connected to a wireless network, you will automatically download a DLC costume for free. Once a week, you will receive a “Throwdown Challenge” from a member of the Tecmo Koei staff who worked on developing the game. These are “ghosts”‘ that behave like the player they are imitating. Meanwhile, your 3DS may also be connecting to other people’s 3DS consoles while you pass them in the street. If they own Dead or Alive: Dimensions, you will automatically send your ghost to their system and receive their ghost, as well. Defeating a Throwdown Challenge will net you experience toward your grade, just like when you’re fighting online. 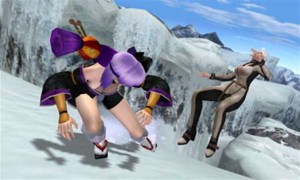 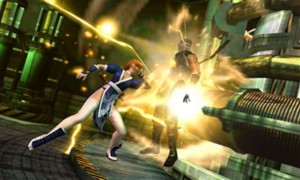 Also, there’s another feature I’m really thankful for—when the pedometer in the Nintendo 3DS hits 1,000 steps, you earn your daily quota of 10 play coins. In Dimensions, you can spend 10 play coins on a “gift.” Sometimes it’s a costume; other times, it’s a set of figurines. This has resulted in me walking a lot more often.

Oh yes, figurines; almost forgot. The thing that got this game flagged in Sweden in the first place. Oh, the humanity. There’s nothing stopping someone from buying Barbie dolls, dressing them up in diapers, putting pacifiers in their mouths and taking photos of them, is there? Overreacting, you guys.

Like all Nintendo 3DS games, there’s an incentive to play this game every day. There are figurines to collect, at least 200 of them, and they’ll take a very long time to amass. You unlock them from winning battles (and also from losing battles, it seems). There isn’t a bonus for collecting them all as far as I’m aware, but I don’t think that matters in the long run, ’cause it’s just fun. They’re pretty, too, lots of “polygons” where they’re most needed.

Of course, graphics are important when showing off what a system in its infancy can do. Once again, Dead or Alive has that delicious style it’s always had. The models and textures are better than Dead or Alive 2 and its rival Dead or Alive 3. The costumes and new character designs are a nice and interesting change from the previous games. The environments are not the most detailed, but they still have beautiful weather effects and visual cues. 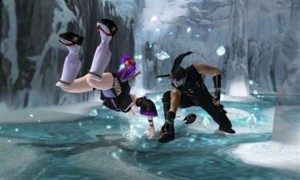 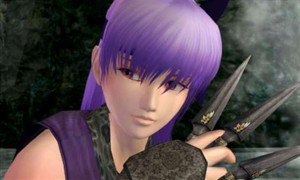 Sadly, due to the intricately crafted high-quality character models, the game begins to lag when the 3DS is required to render two separate screens to imitate stereoscopy. This is most blatant during gameplay, with a drop in the framerate. The game is still playable like this. All is forgiven, as this is the most beautiful game on the Nintendo 3DS yet.

Reasons to get Dimensions? It’s much easier to name the reasons why you shouldn’t:

Dead or Alive: Dimensions is everything you want in a fighter if you’re even remotely interested by this genre, and for those of you who are thinking about dabbling, you’re taught everything you need to learn along the way. With infinite continues and no announcers rubbing salt into your wounding losses, this is the ultimate 3D fighter for the handheld and well worth the wait.

Robyn plays a deconstruction of military shooters and...doesn't have a good time, but experiences a powerful story.