It is like me to do things in the wrong order: rip open the present before reading the attached letter, eat my dessert before the main course, or hand in an exam sheet before I’ve written any answers. I played and reviewed the sequel to this game before having played and reviewed the original. To keep up my tradition of doing things in the wrong order, I’m going to give you the score now.

I still need to give you the review, though, don’t I?

Not a Trace of Doubt in My Mind

I’m going to refer to Trace Memory as Another Code, because that is what this game is known as everywhere else in the world. Another Code is notably the first visual novel on the Nintendo DS, unless you count Sprung (and believe me, nobody does). This adventure tells the story of Ashley Mizuki Robins, a girl who has been living with her aunt Jessica because both of her parents are supposedly dead.

Melodrama! Something akin to Imagine: Your Life Sucks! or something.

Ashley receives a letter from her hypothetically dead father, apologizing for not ever being there. With the letter comes a package, and inside the package is a device known as the DAS (Dual Another System). In America, it is known as the DTS (Dual Trace System). You just have to be difficult, don’cha? 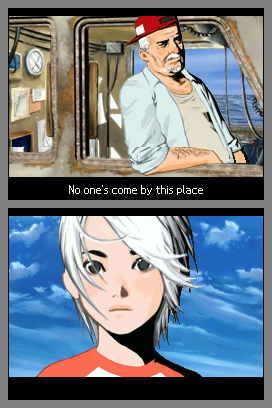 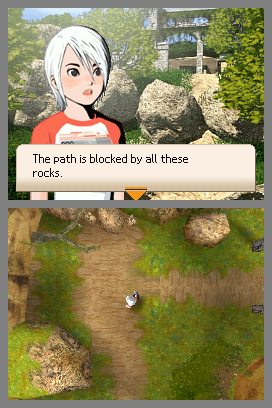 The DAS is shaped like a Nintendo DS! How novel, because this game is on the Nintendo DS. So any-what-who, Ashley turns on the DAZ device to discover that it contains a message addressed to her, telling her that she must come to Blood Edward Island, an island that is, uh, somewhere. We’re not told where exactly, I’m guessing somewhere between the Fox Archipelago and the Orange Islands. Ashley and Jessica board a ship to Blood Edward Island, instead of just throwing the letter in the trash, like you should do with all chain letters.

The game’s story, though grossly unbelievable at certain points (lol, ghosts), is gripping and interesting. All of the characters (yeah, all six of them) are fabricated rather well, are each visually distinct and have their own mannerisms and behavioral traits that suit them well. The excellent characters are amplified by the calming and intricate environment, which is fairly small but stylistically pleasing to gaze upon.

The graphics, the island itself, the characters and the situations are all crafted with tender loving care and a passion for telling a great, quality story. 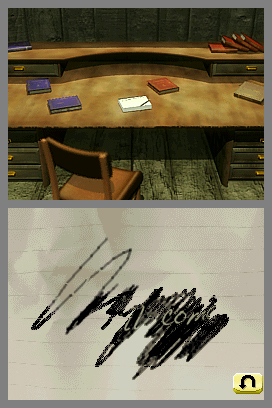 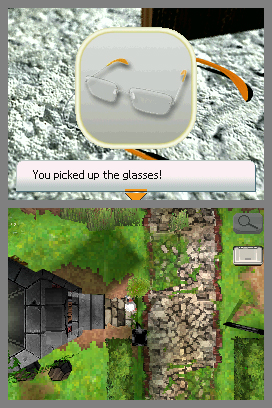 The one place I can see a fault with this game is that, when it came out, it was priced too high. Another Code was released as a full-cost title, and its five or six hours overall double playthrough duration could have left many disappointed. I can only think it felt like daylight robbery to pay upwards of $50 for a game you can complete in an afternoon.

But now that Trace Memory costs $15 at most, why don’t you have it yet?

Every element of Another Code is like fine art, crafted carefully and with due attention in all the places where it were most needed. The price of the game is a one-off admission ticket to see a splendorous and impressive art gallery, and you can use the ticket to attend as many times as you like. When you look at Another Code as an artistic game and a strong standing point in the visual novel and adventure genres, you can appreciate how much this game achieves despite being a game released so very, very early on the Nintendo DS timeline. 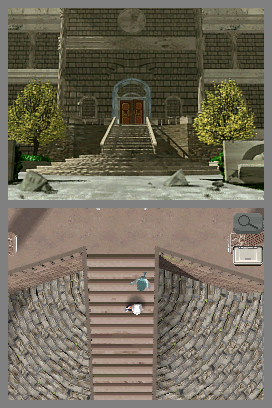 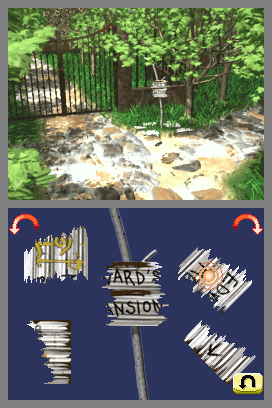 There are puzzles that require using all of the Nintendo DS’ features, including the reflectivity of the touch-screen itself to project an answer inside a specific shape and merge some lines together to form a letter and a number required in order to continue.

Down to even the coolest little touches—how you need to blow out the candles on the birthday cake at the end of the game, or shut the DS into sleep-mode in order to stamp a piece of paper with wood-blocks. Each of these elements is spoiled slightly by the necessity to backtrack through certain rooms, only to collect items Ashley didn’t yet think of a use for. The best example and indeed worst case of this is having to go back through five rooms to collect a roll of paper which is required for one specific puzzle.

Despite this, Another Code is just one of these games that you need to experience. If your parent or sibling owns a Nintendo DS, buy the game for them with the ulterior motive of playing it yourself. Then, play the largely improved sequel, assuming you can.

We are LIVE here from the sold-out DCW Arena! Hello everyone I'm Paul Franzen, alongside "Captain" Eric Regan, and tonight we've got YET ANOTHER great matchup for you. Isn't that right, Eric?