The first Skyrim bug reports are coming in, and the game hasn’t even been released yet. Skyrim, the next Elder Scrolls title, is an open-world adventure/role-playing game where the world is your oyster, whether that oyster be slaying a grue, or running around town without any clothes on.  Apparently when testing the game’s new crime system, testers have found that crimes were being reported to city guards even though there were no eyewitnesses…or, should I say,  no human/elf/orc eyewitnesses. Eggzact details are still being sorted out, but world designer Todd Howard had this to say on the unexpected crime waves:

“Why are we getting caught? Oh, the chickens are reporting the crimes!” he yolked. “That actually took us a while to track down, that bug. Like, why is this happening?” 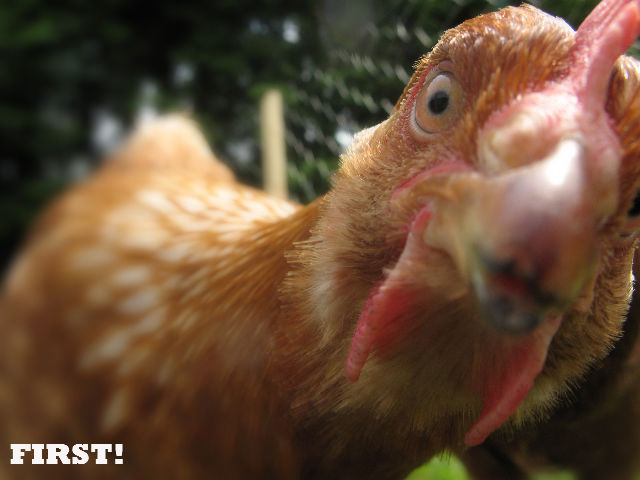 My theory is that it’s revenge for punishing the poor chickens in Zelda: A Link to the Past. Bugs, glitches, and crashes are well known in Bethesda Softworks games, but at least we have this to lighten the situation. Now if only the beards could report crimes, too.

The Top 50 Videogames EVER MADE: Part Two!