There is such a thing as a hard videogame. Whether it’s through conscious decision, design flaw, or artificial means, when a game becomes too difficult, merely the act of playing it is an insult to both you and your intelligence. No amount of voice-work from Jean Luc Picard can save a game when the immersion factor is obliterated through the use of cheap deaths.

I’m just putting things into perspective. These thoughts will remain niggling at you from the back of your mind as you read on. 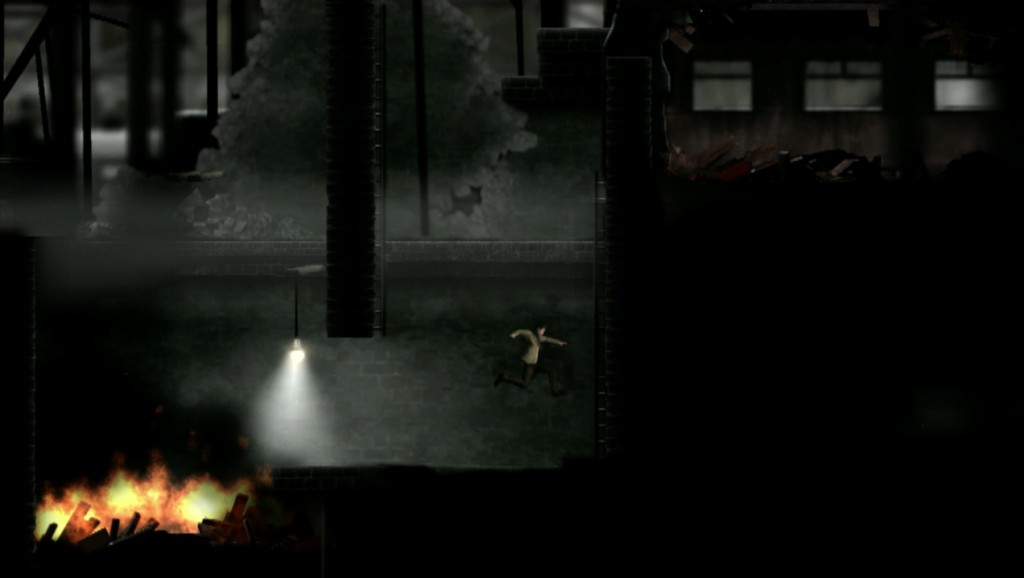 Arthur Dies at the End

Based off of the well-known science fiction story of the same name, The War of the Worlds retells the original narrative through artistic and atmospheric world design. Nothing short of breathtaking, the graphics are a mix of similar styles to those found in recent artistic platformers. The backgrounds are all minutely detailed, embedding and placing the players themselves into the game environment quite seemlessly.

Acknowledging classic platformers such as Out of this World and Jordan Mechner’s Prince of Persia, the entirety of the game flow is based around exploring and escaping a hostile location. This, in turn, requires the player to solve physics and timing puzzles in order to succeed.

As the game is based off of such a timeless story, one would presume that it’s targeted toward casual gamers. This is most certainly not the case, however, due to a combination of checkpointing problems and high difficulty.

How hard is the game?

The Chances of Anyone Beating This Game Are a Million to One. 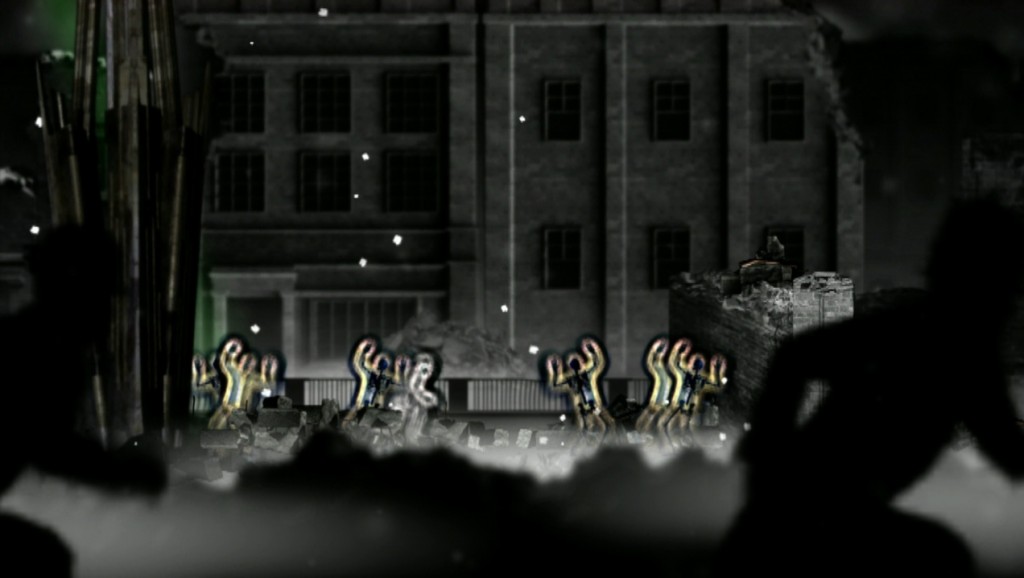 Controlling Arthur can be a finicky affair. Similarly to the aforementioned platformers, Arthur’s movements can be pedantic and troublesome. The added stumble after rolling can be considered a clever realistic touch showing weight to the character’s movements. It can also be the reason why you have died in the same place seventeen times in a row.

After a short while, you do become fine tuned to Arthur’s clumsy movement. There are still places where the way he moves (or the way the environment collapses) forces Arthur to fall down a large pit or land headfirst onto alien machinery with a fairly satisfying thonk. It is unfortunate that the majority of your deaths will not bring such satisfaction, though.

Arthur will perish the most at the hands (or is it tentacles?) of the Martian invaders. Whether it is because of their wide-range attacks, advantageous tactics, or a combination of the two, the Martians will dissolve Arthur into dust with their heat-ray more times than you’d even care to count. And don’t get me started on the black smoke. 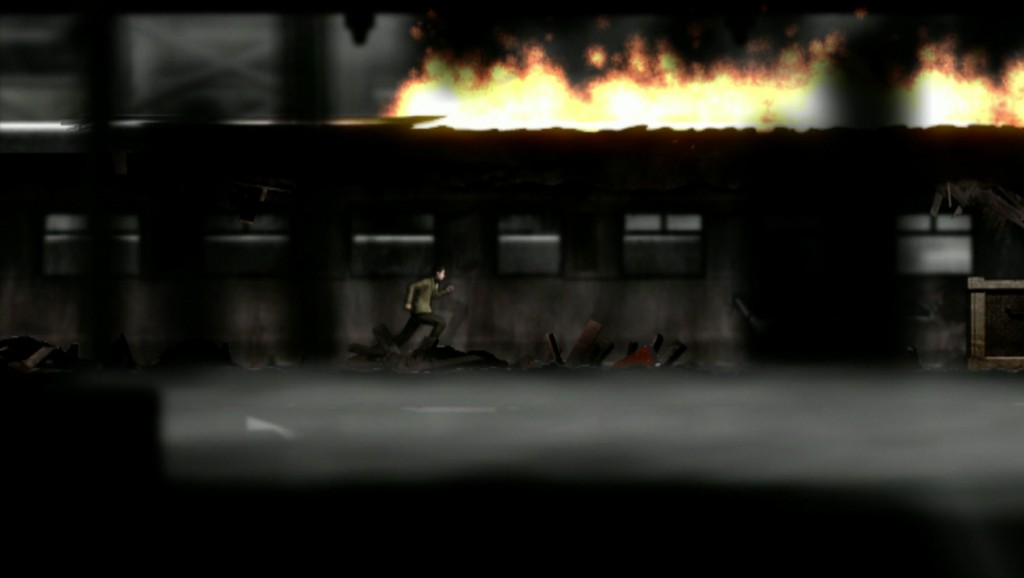 It is a shame that the game becomes a test of memorization—requiring that the player is killed a handful of times before you can understand how to progress through a level. This, combined with the Martians’ ability to cheaply instant-kill Arthur, makes the game fairly frustrating.

Even memorizing the levels won’t really help you—you can still die quite easily at any one of the giant areas marked “HELLO YOU’RE GOING TO DIE HERE.”

One of the really awkward problems is that the game does not save any checkpoints. Although dying will send you back to the nearest checkpoint, actually leaving the game and then returning will place you back at the beginning of the level. Unlike Oddworld titles Abe’s Oddyssey and Abe’s Exoddus, this game is devoid of any manual saving function, which would avoid a fair amount of this frustration.

It saddens me to have to complain about this game, especially when it’s a product I find quite awe-inspiring in its construction. What makes it worse is that the problems themselves are quite easily overlooked during the design stage yet leave such a terrible stain on the final product. 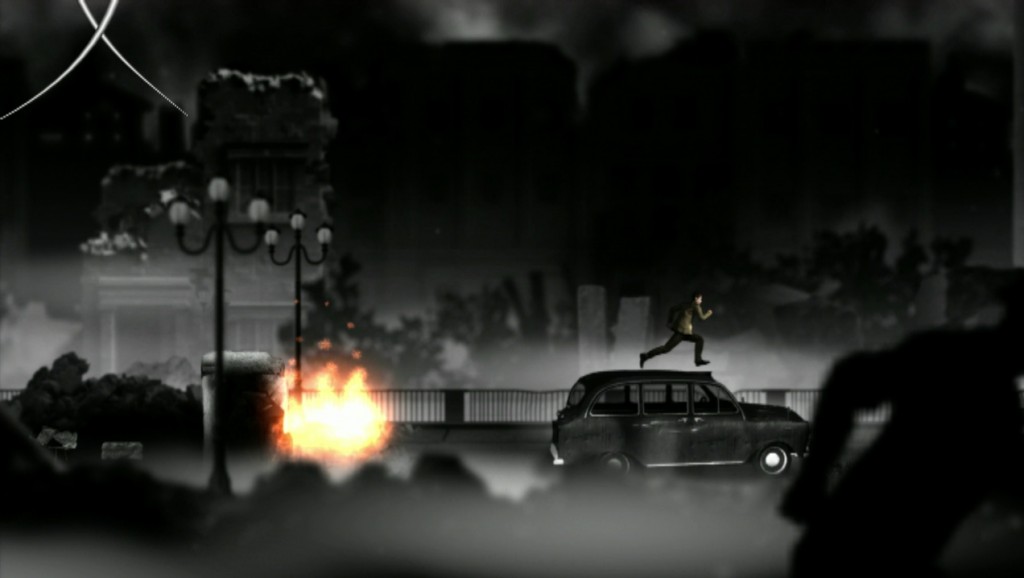 Meant to be Old

The game is exactly what the team set out to produce—a narrative-driven single-player experience influenced and inspired by the classic games in the genre. The retro flavour is here, and it would be sorely missed if it weren’t. The passion to produce an excellent title that pays homage to older games has always been an important and strong element in Other Ocean’s works.

The soundtrack appears to just exist, not leaving any lasting impression. While this means that the soundtrack has succeeded in applying itself to the environment and camouflaging with the themes of the overall production, it is also a minor downer that a score penned by the talented Chris Hülsbeck hasn’t impressed me in the way that it should have.

The game captures 1950s London exceptionally well and still utilizes artistic license. The experience and the satisfaction of finally passing a difficult section is reason enough to enjoy the masochistic charm of the game. It pains me to deliver a lower score than this game could have potentially received. 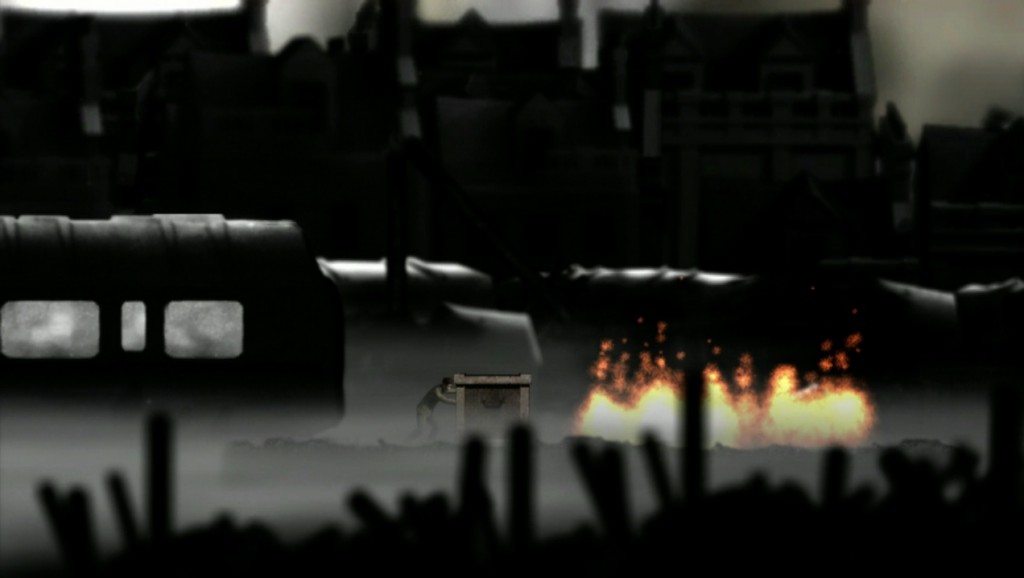 Things that I would have personally liked to see are separate difficulty modes, the ability to perform hard saves, and a more fully featured How To Play menu. However, these features were quite clearly ignored through conscious design decision, and who would I be to argue against the choices made by such a passionate development studio?

Understand that this game harks back to the classic days of rotoscope cinematic platformers. Despite the roots, it is disappointing by today’s standards, as a fair few of these originally genre-forming features are now completely redundant. The War of the Worlds is still a marvellous addition to the library of any Flashback or Out of this World fan, though it’s now one of the most dated recent releases that I have played.