Satoru Iwata, a Nintendo hotshot who claims to be the company president, has today reiterated that the Super Wii will be out by the end of this year. This won’t be a Sony-style late launch, either, because the Wii U will be available in the U.S., Europe, and Japan on its launch, and even in sunny-old Australia! Now that’s a first, something releasing on schedule down under.

Pricing details will be available either before or after E3, but obviously some time before the system actually comes out. Many developers, press packers, and a few homeless people claim to have played or developed for the system, spreading rumors like a raging wildfire. 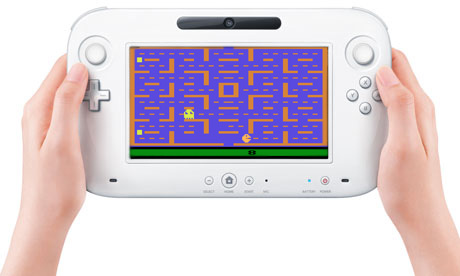 The Wii U may even be powerful enough to run Pac-Man, or Joust!

So what does the Wii U have to offer us, besides an opportunity to “Taste the Rainbow” in HD? Capcom soot-sprite Yoshinori Ono seems to think that the system will do quite a few amazing things, some of which they won’t even be able to show on TV or print on the back of the game box! What, does it bleed all over your hands, or something? I can see why they’d keep that hush-hush.

Nintendo took their first annual loss in 30 years, last year. The 3DS must have been a flop then, seeing as the Virtual Boy and Pokémon were released in the last 30 years also.

Whatever Grin are planning to do with the Wii U, they will have to be cautious of the market and make the right moves. So long as those rainbow cookies are guaranteed, I don’t think we’ll ever need another console again.

We here at "Fabricated News" were astounded when we read GameCola's "List of the Top 50 Videogames Ever Made," which is also known as "The List Where Everyone Disagrees With Michael." Not only did the