As with the last one, we’re going to keep this short. Let’s get this over with and then forget it even happened at all.

Dance Dance Revolution Universe 2 is pointless and shallow, with virtually no improvement over the first title whatsoever. I’m not using the word “virtually” because this is a videogame (ha!), but because there is very little difference in terms of the engine and the licensed song selection. The modes, characters and features are almost completely copy/pasted from Universe (which itself lifted them all from Ultramix 4).

The mat that came with this game is the same high-quality and beautiful dance mat bundled with Universe, and it is the only part of this whole package that could even begin to justify the £6 I spent for the bundle. Also, the tour mode isn’t as half-assed as before.

However, it still doesn’t serve any purpose at all besides lengthening an already droll package and serving as the unlock system for songs. Universe 2 is still light-years away from Supernova, a game that belongs to the prior console generation, and was ported to PlayStation 2 with a lot of the best songs intact. Go figure. 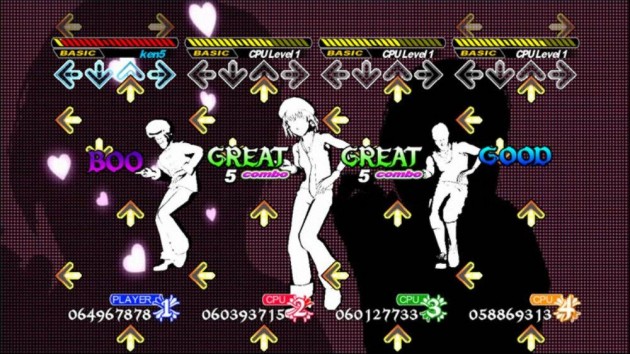 Still a complete mess, isn’t it.

You still cannot disable the announcer. They’ve gone for a different and even more annoying announcer, too. All you can do is turn his volume level down to 1. The videos still choke up the loading screens for an extra fifteen seconds. The graphics are still lackluster. The menus are differently colored but are still the same as the previous installment.

The game reeks of cheapness.

On the plus side, “Dead End” is included in this game. That would be neat if it wasn’t already in Euromix. Also, you can create your own dancer in this game and play as them in the quest mode, but there is little on offer to customize them. That dancer can also be chosen in the quick play mode.

Once again, the licensed songs in the game are different in the PAL territory. The PAL song selection includes “Heartbeats” as performed by The Knife. It is nice to listen to, but to dance to…what were they thinking?

Were they even thinking?

If it wasn’t for “I Wanna Be Your Star (Speedy Mix)” playable from the beginning and “Space Space Shooter (Cusimo & Co Remix)” being included as an unlockable song, the game would have zero merit whatsoever. 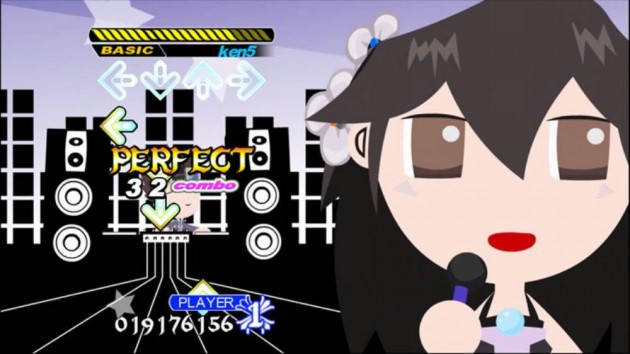 This is about the only song actually worth playing.

Seriously, these songs are the only songs that I boot this game up for. The others just suck, end of discussion.

Forget this game. Just buy one of the good ones.

1. The new Metroid game being developed by Team Ninja. 2. Receiving that super rare item in Kingdom of Loathing. 3. The fact that Vangie just completed The World Ends With You and is now playing Final ...