First up, I’m just doing a bit of market research. Who here owns a Kinect? Please raise your hand. 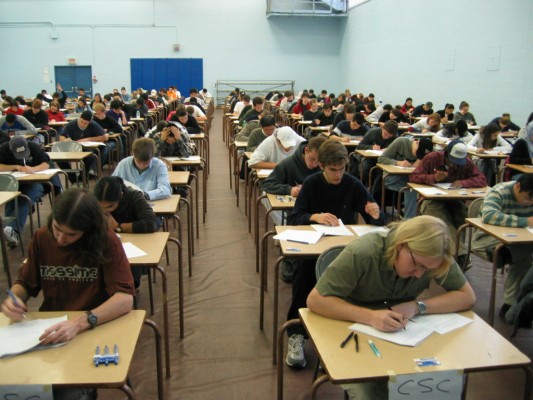 Just the one, right there at the back.

Excellent. Well, that one person doesn’t need telling. For the rest of you: Kinect barely works. Whenever it functions correctly, which just so happens to be when the galaxies align and the skies are merciful, you still need a room the length, width and breadth of Whomp’s Fortress in order to play it properly. Whenever I want to play Kinect, I have to throw everything (tables, chairs, pets) onto the sofa. This is starting to get really impractical.

Despite that maybe three people have the required play space for the sensor, developers are still putting more and more emphasis on this shoddy piece of hardware. They’re describing it as “the next big thing in motion gaming.” Well, fine, but don’t bring that trash into my house.

Oh, but it’s too late—Konami has released another dancing game. Being a sucker for every game that NAOKI has so much as even tickled with his genius, my body and wallet were ready. 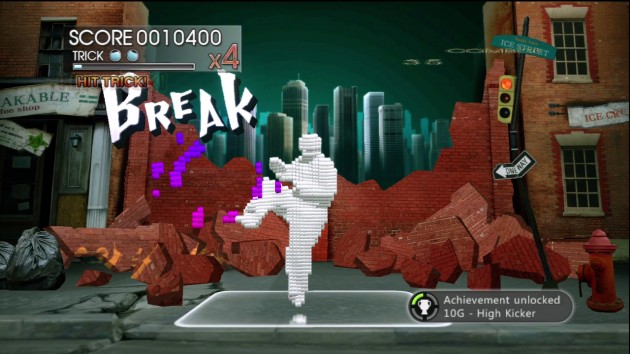 Rhythm Party is a lot like DanceMasters. You might as well call it a direct sequel, although the official Rhythm Party Facebook page has outright denied that the game is like DanceMasters. I would argue with them, but they also shared my video review and it went up by around 90 views overnight, so we’re cool.

The big difference between Rhythm Party and DanceMasters is that you have a lot more freedom in Rhythm Party. If you want to hit that ripple with a high kick, you can. You’re not matching up to poses like you were in Konami’s first Kinect dancing game. But the game is still effectively the same—the same four difficulty levels, the same fast-paced nature of gameplay, and the same type of control.

For most of the people who played DanceMasters, citing the game’s similarity would put them off Rhythm Party, and I can understand why. People didn’t get DanceMasters; they didn’t understand it. They wanted to learn dance moves, not to copy robotic choreography. When I say that Rhythm Party is like DanceMasters, I mean it as nothing less than absolute praise.

So listen closely and don’t get the words confused. The overall way of scoring and passing songs is very different than in the previous game. So you can take your fingers out of your ears and stop being such a childish idiot. 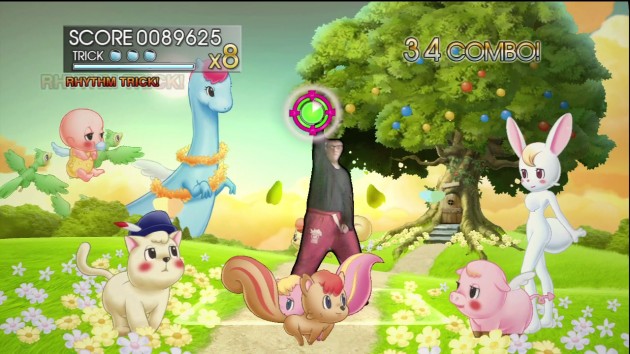 I must be tripping…

There isn’t an easy way to explain the gameplay of Rhythm Party. Well there is, actually. You dance a bit. Right, review over.

While you are dancing, an on-screen representation of yourself mirrors your actions. Ripples appear on screen—well, that’s what Konami seems to call these circles, anyway. Some of them, you have to simply be overlapping, others need to be punched or held, and still others need to be sliced in a particular direction.

How you do this is completely up to you. Anything from spins to steps, kicks, jumps, ducks and turns are all counted. If you add little nuances and embellishments to your dancing, colored waves echo from your on-screen avatar. This is how you fill up the trick gauge, and doing this will change the environment around you and the on-screen avatar’s appearance.

The person on screen is you, not some epic dancer Konami paid to do the motion capture. This is as close as it can be to your motions. If the character on screen isn’t dancing well, you’re the one not dancing well. 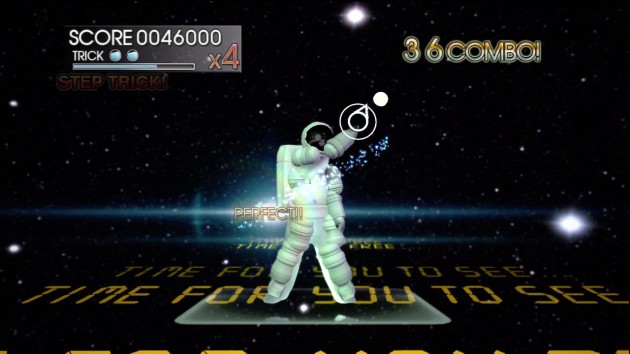 In most dancing games, you are too busy focusing on what you need to do to really notice the game’s visuals. Rhythm Party is a different beast, because you have extra time to see everything. You can admire the space station background as it morphs and mutates, and you can witness the disco balls that emerge from the ceiling, or the woodland creatures that step in to watch you dance.

Seriously, what is up with the background for Summer Fairytale?

On the downside, the game only contains ten songs. For a downloadable game, though, this isn’t bad.

You’re looking at $10. Yes, there are three licensed songs performed by actual artists, such as Lady Gaga and The Village People. There are also songs in collaboration with Vanilla Ice and Maxi Priest. However, the other five or so songs are by Konami musicians. 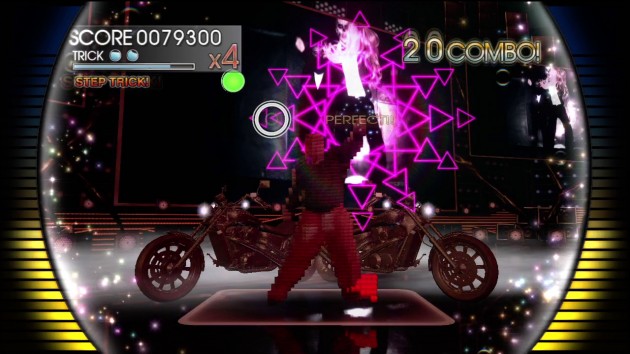 I love the music that Konami artists create for dancing games, but not everyone’s willing to blow $10 on three songs they may vaguely know. The songs are of great quality, though. (The same cannot be said for the announcer; you should turn that guy off immediately.)

I’m not bothered by Rhythm Party’s lack of multiplayer at all. I do think, however, that this makes the name Party a bit of an oversell. I prefer the Japanese title for this game, Boom Boom Dance. It seems none of the names attempt to emphasise the freestyle nature of the game, though. I’ve got one you can use: Dance Freedom. How did you guys not come up with that?

By the time this review has been published, the first set of downloadable content will be available, adding extra replay value to the game, though you’ll likely be required to pay for it. 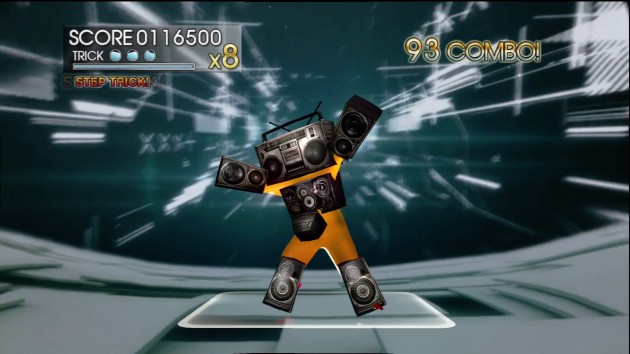 The Ghetto Blaster Dance Master, yo.

Rhythm Party really is in a league apart from other Kinect dancing games,  and I’m pretty sure other developers are going to steal this gameplay style for themselves. It is fun, tricky, and rewarding, with some average-difficulty Achievements and some really stunning visuals. Not only does this downloadable game look better than DanceMasters, it also plays better and has a much fairer points system.

A fistful of dollars may be steep for some cheapskates to pay, but the game is worth the price so long as the developers do not overcharge for DLC. I’m pretty sure some has been promised for free. Either way, give me a song by Thomas Howard Lichtenstein and hurry up about it!

You can also watch my video review of Rhythm Party on YouTube by clicking here. As seen on the official Facebook page for Rhythm Party! I’m so honored.

In early 2010, Google introduced a Transcribe Audio feature to YouTube that translated all speech in a video into useful captions mangled the heck out of my Mega Man videos, telling my viewers that "w