GameCola has officially chosen me to be their E3 News Person this year, after a long and grueling selection process that we like to call “eeny meeny miny mo.” I’m not sure what they were thinking. I can’t write about Hay Low 4 or whatever that shooter game is! I’ve never even held an Xbox 360 controller!

Speaking of controllers I’ve never held, let’s take a look at the new controller for the Wii U! 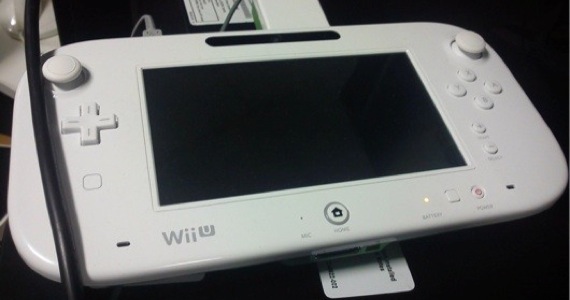 Nintendo was planning on revealing this at E3, but a QA tester managed to take a quick photo and upload it to Twitter. Thanks, anonymous Twitter person! We’re all grateful to you, and we’re sincerely sorry that you got fired over this.

If you compare the new controller to the old one, you’ll see that they got rid of those horrible 3DS-style joysticks, and they replaced them with the GCN-style joysticks which actually work. There are also some new buttons, two underneath the ABXY buttons and one under the D-pad.

What do the new buttons do? It’s impossible to see the writing in the picture, but the answer’s pretty obvious. The button on the left is an automated beard trimmer, while the buttons on the right are coffee dispensers (one for regular, one for decaf). It also looks like the “start” button was replaced with a “disco music” button, which is always a good decision.

The picture also shows some new ports on the controller. A power cable is hooked up into the top, while there are two ports that you can kind of see on the bottom side, above the ID card. One looks like a USB port, and the other looks like an iPad charger port. I’m going to call it now, and say that you can connect your iPad to the Wii U. This will cause both systems to explode instantly. I don’t know why they included that feature, but I’m sure they had a good reason. 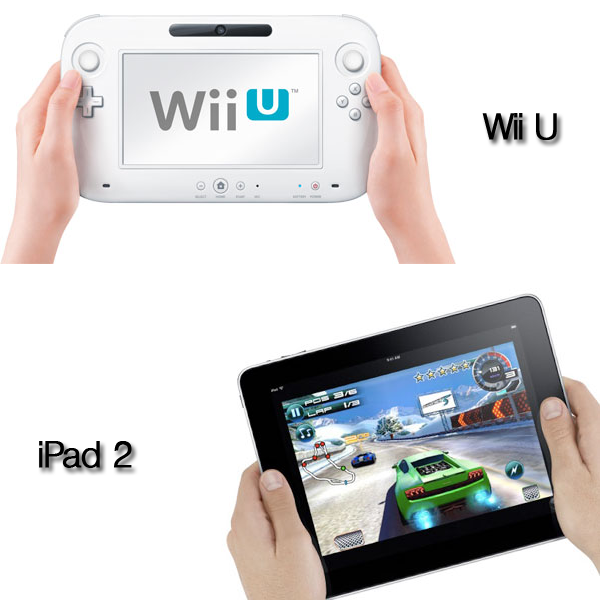 Expect to hear more about the Wii U and its disco music button when E3 starts, next Tuesday!