Last year, GameCola decided that Where’s Waldo? (NES) was the third-worst game ever. So when I heard that they made a Where’s Waldo? game for the iPad, my thoughts went something like this:

Apparently, I am a total sheep who will buy any game, as long as it has a recognizable name in the title. This is why I own copies of Super Smash Brothers Tea Party and Sonic the Hedgehog Goes Bowling. That is also why I own the game based off Where’s Waldo?: The Fantastic Journey, better known by Waldo connoisseurs as “the yellow book.” 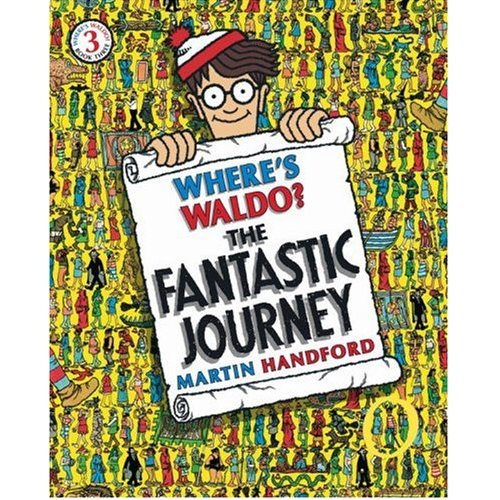 Actually, hold on a second. I own this game, not because I’m a sheep, but because it’s good. It might not be as fantastic as the name makes it out to be, but it’s definitely a good buy for three dollars. That’s twenty-seven dollars cheaper than the original Wii version of the game.

Here’s how the gameplay works. You are given a large screen, which is basically a scene from the book, scanned in at a high resolution. Scroll around the screen until you find what you’re looking for, then tap on it. It’s your basic hidden objects game, and you can visit each screen multiple times to get a new set of objects to find. First among the objects to find, of course, are Waldo, Wenda and Wizard Whitebeard.

The game has voice acting and minor animation of the main characters telling the player what to do. I thought that was a nice touch. The game also comes with a multiplayer mode, which I never tried out. I presume it involves finding ten items, then handing the iPad to someone else so they can attempt to find ten items faster than you did. 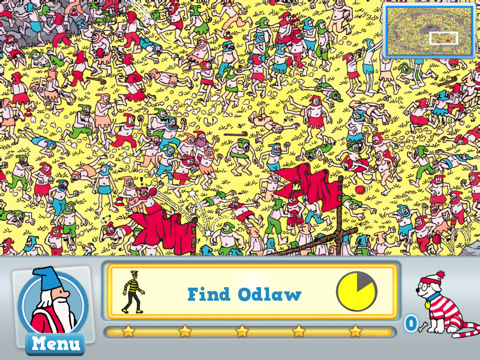 Now for the downsides to the game. It clocks in at 565 MB, which is way too much for a game that only has twelve screens. I mean, seriously, it takes up more memory than four Monkey Island iPad games put together. There must be some way to improve this game’s memory usage.

The other main downside to the game is that…well, it’s a hidden objects game. I played it for about fifteen minutes, then I got bored. No offense, Waldo.  If you get lost in a future, buy a GPS; don’t call me to find you.

Flo to the Rescue! OK, I'll admit it up front: I enjoyed Avenue Flo. To be fair, though, it's the kind of game I can't help but take to. Cute animation, quirky humor, reasonably difficult puzzles, a d