I know, I know. You shelled out for a PlayStation Vita and you’re feeling really stupid because it is the most worthless piece of shit ever invented. Well, feast your eyes on the new game being developed by Media Molecule, the creators of LittleBigPlanet. This is the Vita exclusive Tearaway. 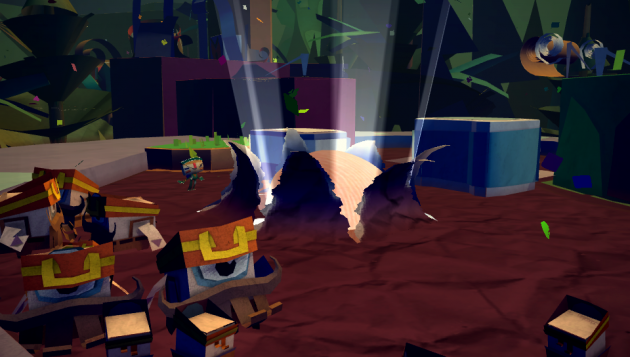 The game focuses on the journey of Iota, who is on his way to deliver a message to the real world. Yikes, though—if there’s a handheld that has the power to pull this off, it’s the PlayStation Vita. So what do we have to look forward to?

And as always, the music is perfect. 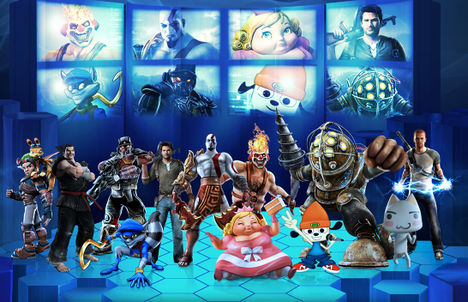 And in other news, also PlayStation Vita related, Sony is introducing Crossbuy. Supposedly (if the facts I have here add up), there are a number of games coming out on both the PS3 and Vita platforms, in tandem. Games such as Sly Cooper: Thieves in Time and the infamous PlayStation All-Stars Battle Royale. Sony will be running a scheme where players can redeem the PlayStation Vita versions of the games for free if they purchase them for PS3.

Are we finally seeing some attention paid to Vita? Sony started off their Gamescom coverage with PlayStation Vita news, and the news of the Crossbuy promotion, no less. Maybe you shouldn’t be trading in your expensive paperweight just yet. With Jet Set Radio round the corner on October 14th, looks like the Vita will finally be worth owning after all.

But maybe all of that will change soon.

Ctrl-Alt-Del: The Animated Series isn't as irredeemable as it's made out to be. It's much, much worse. Ep 1x1: Television Dominance.