This isn’t just any old street. This is…

This game tells the unlikely story of a pair of detectives, Rick and Allen, who are asked by a rich gentleman to rescue his daughter—seems like C.P.Brain are really into the whole “save my daughter” thing. Rick (the clever one) discovers that there’s a secret message in the classified ads at the back of the newspaper. Somehow, he also determines that the secret message originates from the men who kidnapped the missing girl. He also comments on how rich the kidnappers must already be if they could afford such an elaborate amount of advertising.

As Rick and Allen leave the agency to search for clues, they’re attacked by the guys responsible. They will journey high and low to discover just who’s behind it all, and more importantly, why.

Actually, no they won’t. They’ll beat some guys up, the game will end, and we’ll be none the wiser. 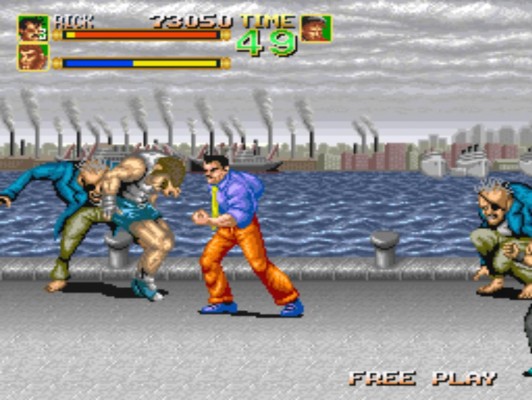 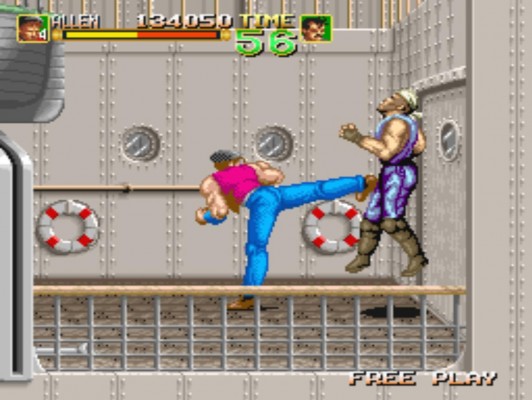 I was pleasantly surprised by the combo systems and special moves. For a two-button game, the number of techniques you can perform is very impressive. Although this game is clearly inspired by—and by “inspired by” I mean “steals from”—Final Fight, it hasn’t been put together poorly like other games from this time. The animations aren’t as good as they could be, but they do the job. There are games that clearly copied Final Fight to the letter, but 64th Street deviates where it was needed to make the experience different.

There are weapons, but they’re really only there for decoration. A single hit from the enemy causes any weapon you’re carrying to fall out of your hands, making them practically worthless to use. The usual can be found here—there’s a small wrench that delivers slightly stronger attack than your default and can attack faster, plus there’s a pipe that delivers even stronger attacks but is slower to use. Nothing inventive in this area, unfortunately. It is almost as though these weapons were just afterthoughts. There’s no incentive to even use them.

There’s a snooker cue in the final boss battle, but that doesn’t seem to be any more powerful.

The most memorable parts of beat-’em-up games for me are when you break open a telephone booth or a crate to find cooked meat inside. 64th Street gives us cooked chicken that we receive by busting open a locked safe with our bare hands. It is good to see some of my favorite tropes are accounted for. The item that most shocked me in this game was one of the collectible treasure items—living breathing cats which I rescued from a wooden box, or from underneath the plaster of the wall I threw an enemy into.

I just love the absurdity of this genre. Just what do the bad people need a cat for? This isn’t like Buffy the Vampire Slayer you know. Actually, didn’t the vampires gamble to win kittens, not cats? I have a distinct memory of that being the case. 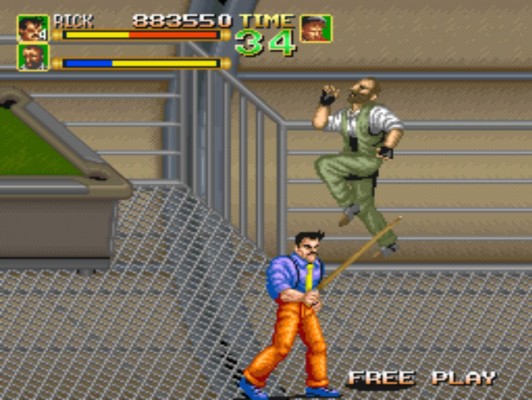 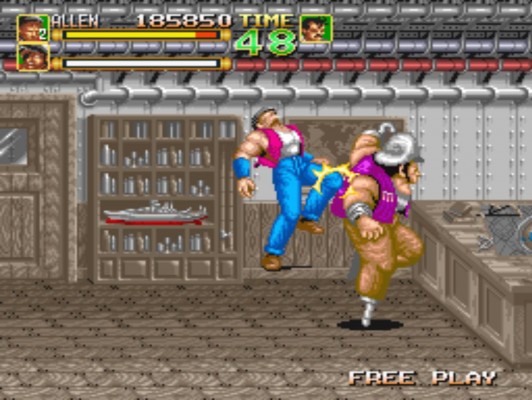 So what about it, should you give 64th Street a go? Well yes, definitely. While the game itself is only slightly better than than the generic games in its genre, the tone and theme of the game are fresh and appealing. The script is funny because it is laced with exposition—every other sentence, in fact. You’d have a tough job finding another game in the beat-’em-up genre that so perfectly parodies detective stories. The translation is so funny good. Some sentences trail off, others make no sense, but it’s all golden.

This feels like it could be a Batman game. You’ve got Rick and Allen standing in for Batman and Robin, a detective agency instead of the Bat Cave, and pirates/ninjas/monks in the place of thugs. I’m sure if somebody slapped a Batman skin over the game, you wouldn’t even notice. The more I think back to the game, the more I believe it must have started its life as a Batman game. It even has screen transitions with a musical jingle, like something out of the ’60s Batman television show. I know an homage if I ever saw one, which I just did, so there.

As of now, there isn’t any official way to play this game. There were no console or handheld ports of any kind, and much like Avenging Spirit the arcade run was very short. You’ve probably never heard of this game before which is all the more reason to try it. It looks great and plays great considering that the game is a carbon copy of others that preceded it. Good for what it is and worth a short stint for fans of the genre. If you can find a way to play it then I suggest you do even if only once. 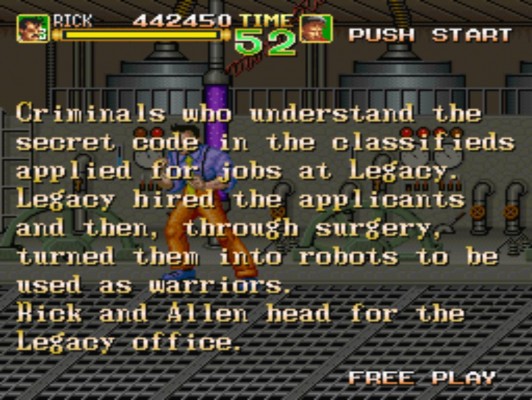 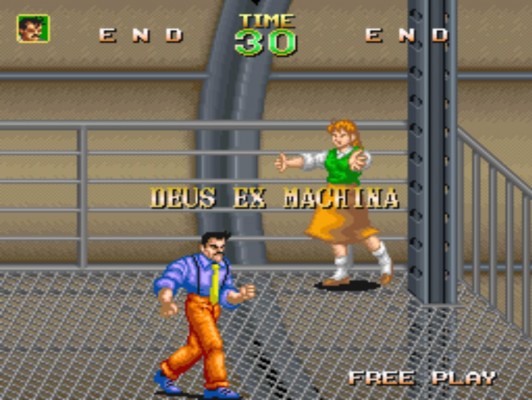