Really, that’s the best you can do? Avenging Spirit? Not much avenging going on. More like Killing Spirit or Murderous Spirit. All you do in this game is kill other people while you’re possessing someone else.

Well, seeing as GameCola’s new thing is non-mainstream games, I felt I had to make sure the first reviews I’m writing under the new banner are more suited to our new direction. I toast you one of Jaleco’s finest arcade games, Avenging Spirit. This was a big hit in Japan…under the name Phantasm… Couldn’t be called Phantasm outside of Japan, because that’s the name of a pretty neat horror film.

Elsewhere? Not so popular. It only appeared in a small number of arcades in the U.S., and then vanished in a puff of smoke.

Jaleco published Avenging Spirit, but it wasn’t developed by them, instead by a company who call themselves C.P.Brain. Rather unfortunate for them, you haven’t heard of anything else they’ve made. As for Jaleco games, you’ve probably played a few that they’ve developed or published. Shatterhand, Astyanax, E.D.F. Earth Defense Force…the NES version of Maniac Mansion. 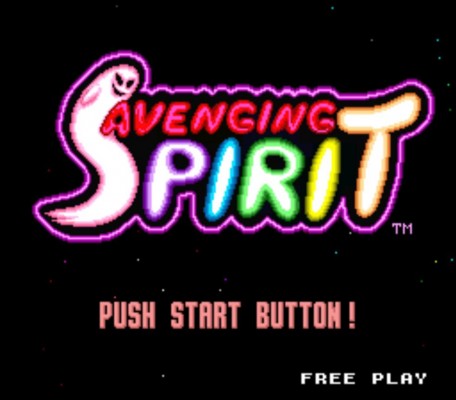 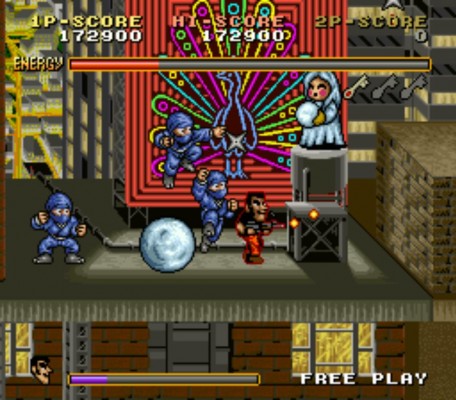 Not Quite Casper the Friendly Ghost

So what’s the deal with this one? Phantasm, is/wasn’t it? Well allow me to explain the story to you. You’re hanging out with a really cute anime lady, you know, my usual fantasy. But then all of a sudden, some hitmen appear and start shooting at you. You’ve been shot full of holes and left for dead! Oh, the calamity! And your cute girlfriend has been kidnapped by the mob!

The next thing you can remember is that some wise-guy scientist tells you he’s the father of that girl you were with, and he demands that you save her. But you’re dead, so how’s that going to work? Well, actually, he’s an expert in researching Ghost Energy, and with his technology you can possess enemies and save the girl! Hooray, maybe we’ll get the body of Brad Pitt out of this too if we play our cards right.

The goal of course is to rescue your girlfriend, but if you don’t find all the keys then you won’t save her. She’ll die in a massive explosion if you fail; that’s the ending I got. I don’t know if you can save her—maybe if you pump in more quarters. 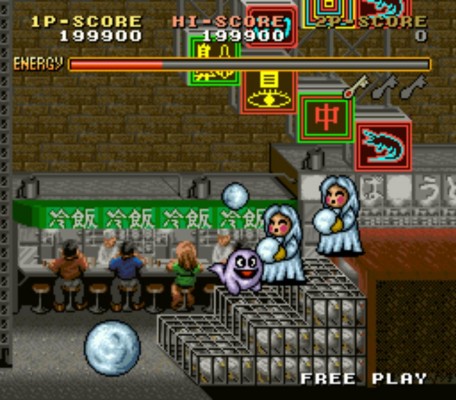 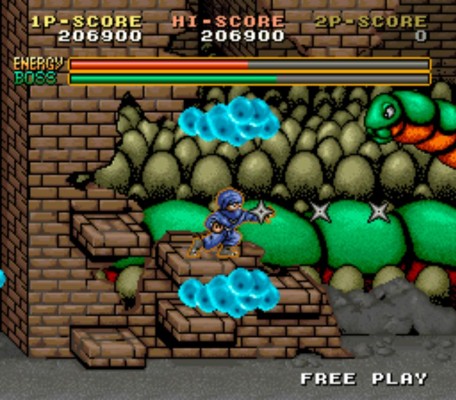 Each character has an attack they can do. Some can shoot, some can do melee. There’s an Eskimo Inuit who can roll giant snowballs, which somehow grow in size even though there is no snow around. There’s a very stereotypical “Indian Shaman” who can hover indefinitely. Particularly, I really like the guys with the chiseled chins because they can jump kind of high and have a stupid expression when you possess them, but their attack is really awkward to use.

The game itself is really difficult. Even on the easiest setting, Avenging Spirit is clearly designed to eat your credits up. However, even the version released for the Game Boy has a high difficulty level. The only negative to owning the Game Boy version is the monochrome graphics. Even the re-release on the 3DS Virtual Console is wanky; they couldn’t be bothered to add in some color or something.

The music is really good in this game, and I really like the visual style. It feels like the game is just a bunch of unused assets from other games combined together; regardless, I think it works. The whole thing is really hap-hazard, but you probably know by now that this is my thing.

Maybe the lack of success for Avenging Spirit was the whole dead guy possessing other people thing—a bit grim for videogames back in 1991. I think it is done in a cute and comical fashion, though.

If you get a chance, you should probably give this game a go. It isn’t a bad game by any means, but it’s not particularly special, either. A good way to waste an otherwise productive half-hour, which in that regard is like writing a review. The Nintendo 3DS eShop version is cheap if you feel like supporting Jaleco, but comes at the expense of playing the game in horrendous black and white. 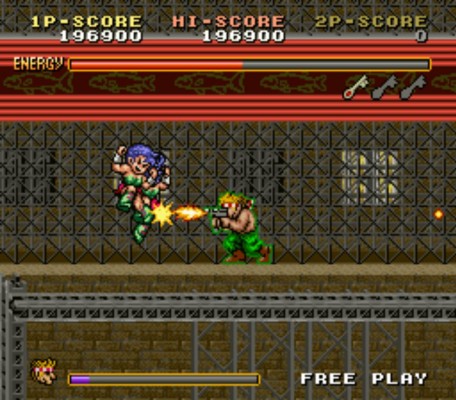 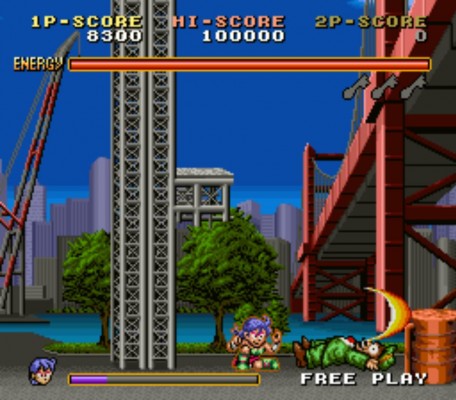 My current problem with the gaming journalism culture, both amateur and professional, small and large, known and unknown, is its incessant need to tell me the TOP TEN GAMES I'VE NEVER PLAYED. Top ten