The Gift is an initially promising but ultimately flawed hidden object game from our friends over at Alawar Games. I should begin by saying that Alawar has developed and distributed many interesting titles in the past, so I began this one with high hopes. I was also intrigued by the game’s premise: Set against the background of a cool 1940s noir style, The Gift begins with a series of dead bodies that are unmarked except for strange symbols on each of the victims’ foreheads. Rumors of an occult connection abound, so the police grudgingly bring in a paranormal private investigator. Enter Sarah Mievielle, a disgraced former detective gifted with occult powers. And so the story begins. 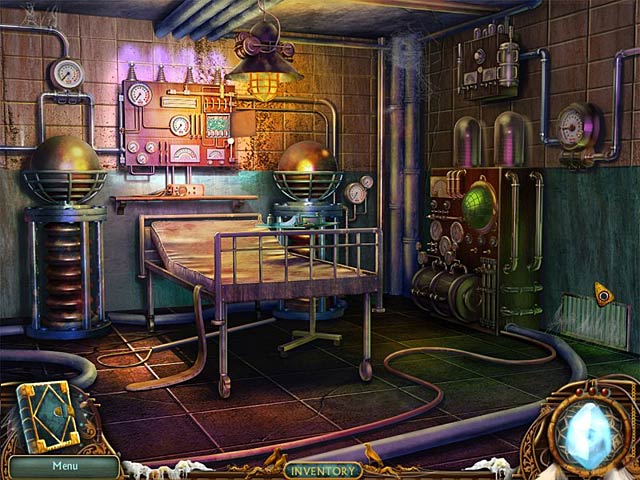 Unfortunately, the game ultimately did not live up to my high expectations. There are just too many things wrong with it. For one thing, Mieville is neither as interesting nor as sympathetic a protagonist as I had hoped she would be. A former detective, she was kicked off the police force after making an unspecified “mistake” that resulted in an innocent person getting killed. Now working as a private investigator, she views the Nothingman Murders as a chance at redemption. However, it soon becomes apparent that her interest in reclaiming what she lost takes precedence over more noble aspirations like bringing the killer to justice. In addition, her relentless ambition and frequent disdain toward others (especially her ex-colleagues) make her thoroughly unlikable. I suppose that this wouldn’t be so bad if she was supposed to be the gritty “anti-hero” type; but she clearly isn’t.

Another major problem with the game is that the plot is a confusing mess, which quickly deteriorates to the point where it’s near impossible to figure out who is doing what for which reasons. What is the mastermind after, and why does he let Mieville go after talking to her, without so much as a single threat? Why does some random guy who only appears once prior to the final confrontation suddenly decide to snatch and torture her ex-partner? (And before you ask: No, there was no ransom note, nor any other indication that this was an attempt to draw her out. It just kind of happened.) Why do the bad guys seem convinced that they are actually good guys doing the world a favor? Honestly, I’m asking; I couldn’t figure any of it out. I can only guess that the developers were trying to set up a sequel by leaving so many unanswered questions; but I think they pretty much lost me after this one. 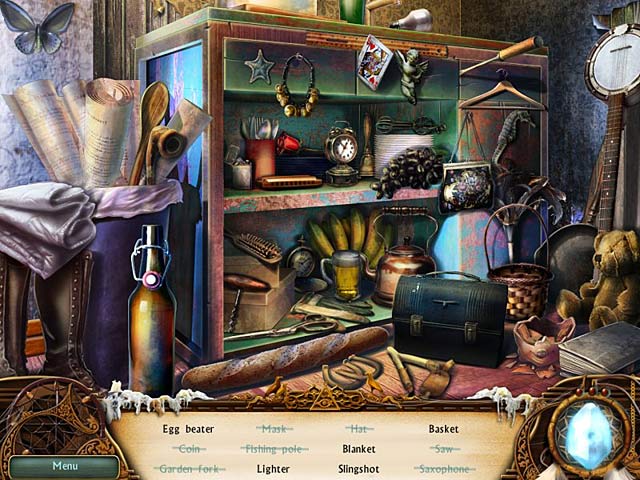 Unfortunately, the worst sins committed by this game lay in neither the plot nor the characters. I could have persevered even through such nonsense if the mechanics—at the very least—had been solid. They were not. Truth be told, they were so sloppy that they killed any remaining enjoyment I might have derived from the game. I could go on about them at length, but for the sake of brevity (and my own sanity), I have summarized my main complaints below:

To sum up, The Gift could have been an interesting hidden object game, but it just needs too much fixing. Actually, if these issues ever were fixed, I’d love to try playing the game again, and maybe write a more balanced review. Unfortunately, this one is probably beyond saving. I can only hope that Alawar returns to its higher standards of quality on the next one.

The Internets have been ablaze this morning with the shocking (if you've never played a videogame before) news that the Nintendo Wii U won't have DVD player support. Nerds frothing with the notion tha