There’s no shame in buying a Hong Kong knockoff or two. I’ve purchased all kinds of knock-off stuff online. Tablets, phone cases, HDMI cables—sometimes it’s just a good way to save a few bucks, rather than paying inflated prices for junk you don’t need.

Other times, it’s a bad idea. That USB car charger that hums and heats up when I use it, that probably wasn’t a good deal. The “SanDisk” pen drive I bought that fell apart and is now just an exposed board was probably a bad idea. Hell, even my Christmas ornament of Mickey Mouse painted to look like the T-800 terminator was, perhaps, a poorly thought out purchase.

Buying bootleg videogames generally falls into the second, poor-decision category. Do you save money? Maybe. But what’s your cost in the long term? Unpredictable hardware, poor quality software, lack of extra features like multiplayer or, for our example, Pokémon trading. Is it really worth it?

Sorry, pirates. You miss out on this.

There’s really only one reason left to buy a pirate Pokémon cart: if it’s an entirely new game.

Sure, you could buy a hacked version of Pokémon Silver, but you can get the real thing anywhere. A brand new Pokémon game, now that’s a tempting proposition. But is it really worth it? Let’s take a look. 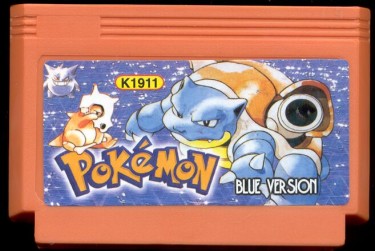 Boot up this version of Pokémon Blue, and you may be surprised to see that the beginning looks a bit different. Sure, there’s a large picture of Blastoise that says “BLUE” underneath it, but you can’t help but notice that something looks out of place. Particularly the fact that Dick Dastardly appears to be flying a goddamn airship around him.

Press start and you’ll be shown a cutscene that sets up the level. Apparently, you’re there because…Dick Dastardly crashed into a pigeon, and Muttley has to save him? You know, I’m not an expert, but I’m starting to think this game might not have originally began its life as a Pokémon game. 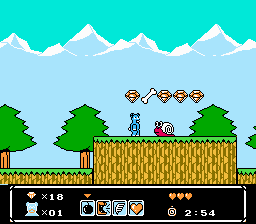 Yes, in fact, playing the game it’s clear that this is exactly what’s wrong, because not a single other thing was touched except the sprite for Muttley. Specifically, it’s a hack of Wacky Races, a generic platformer based on the short-lived 1968 cartoon. Seriously, pirates? Since legality doesn’t seem to stop you, the world is your oyster. Why ROM-hack a B-lister like Wacky Races? Why not shove Mewtwo into Rygar, Gengar into Wizards & Warriors, or Togepi into Metroid?

As for the quality of the hack itself, well, they say imitation is the most sincere form of flattery. “They” clearly haven’t seen Hanna-Barbera’s Muttley crudely painted blue and attempted to be passed off as a Blastoise. 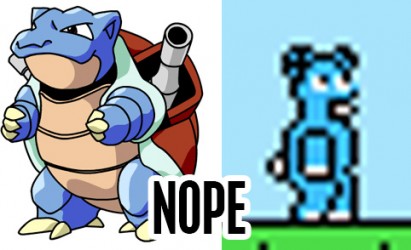 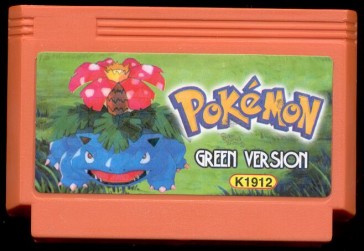 A disturbing trend rears its ugly head the moment I turn the game on and see a forest green Clefairy with the word “GREEN” below it.

The game looks like another no-effort hack job, this time on the Japanese game Kero Kero Keroppi no Daibouken 2: Donuts Ike ha Oosawagi. Except instead of playing as big-eyed, cutesy Sanrio frog, Keroppi, you play as a lime green Clefairy that appears to shoot chainsaw blades out of its junk.

Surprisingly, it’s not a bad game. It’s a simple platformer that feels similar to the NES version of Tiny Toons. 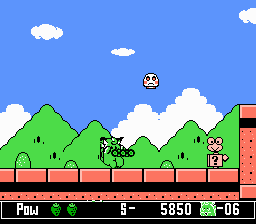 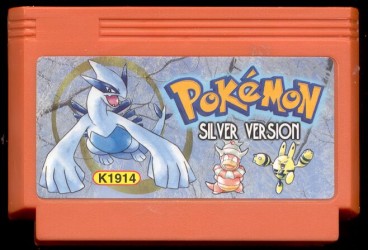 Looks like another ROM hack by the same team; this time a gray sandshrew is staring me in the face with the word “SILVER” beneath him. A familiar cutscene plays and I immediately see that absolutely no effort was taken to hide the true origins of this game, either, as a purple-haired boy hops out of his bed—it’s Little Nemo: The Dream Master.

There’s no change to the game, save for the fact that you are now a gray sandshrew that really doesn’t look like a sandshrew in the least, even if you squint. To illustrate how little effort was expended in these hacks, fake Pokémon Silver is the best example. When you ride in or on any animal in the game, the sandshrew will transform into Nemo again, because fuck altering more than one sprite. 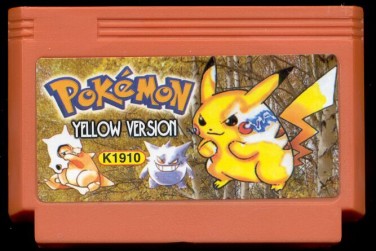 This one looks like a different hacking team, but the same M.O.—a minimal hack of a pre-existing game. This game will be familiar to long-time “Top of the Heap” readers (Mom), as a previous Heap honoree, Felix the Cat.

In this one, a gray Pikachu takes the place of Felix, and instead of carrying around a magic bag, thanks to the wonders of slipshod ROM hacking, Pikachu seems to just shoot a punching bag out of its asshole. So it’s got that going for it. 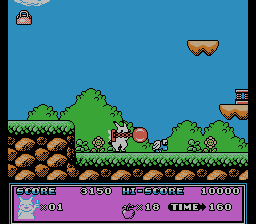 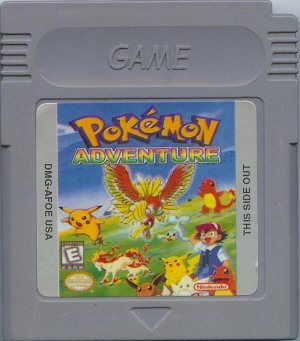 Pokémon Adventure finally offers something a little different. Don’t get your hopes up; it’s still an awful, terrible hack. But this one seems to be a hack of a game the pirates developed themselves.

It looks like it started as some kind of Sonic the Hedgehog game, but they decided at the last minute to switch out the sprites to more Pokémon-related things. I say they developed it themselves, because no Sonic the Hedgehog game was ever released for the Game Boy Color, as Sega was still in the console business at the time. Also, because I like to believe that no matter how low the Sonic franchise sinks, it would have never tried to pass this abomination off as a game.

The whole game is muddy and ugly, and the control is even worse. Pika-sonic moves with all the grace of a sack of bricks, and crippled movement is the last thing you need in a Sonic-type game.

Oddly, the beginning of the game shows Pikachu tethered to a bundle of balloons a la Balloon Fight, though the game doesn’t appear to include anything like this.

Unlike the other games on this list, you’d be forgiven if you booted this up and confused it for an originally-developed Pokémon action game. A surprising amount of care was taken into hiding the game’s true provenance—that being The Smurfs.

You start the game in a purple hazey dream state, with Meowth telling you something about seeing you in his dreams, and occultic symbols are on all of the mushroom houses. Frankly, I don’t even know how this would be in-context for a Smurfs game, but perhaps I missed the episodes that were written by a partnership between Peyo and Aleister Crowley.

Once you get to the game, it’s a lethargic platformer, but a lot more effort was put into the hack on this one than the previous slop jobs. The main character is actually recognizable as Pikachu; enemies were actually altered to be other Pokémon, like Bellsprout, Butterfree, and Meowth. Is the game fun? Good lord, no, but bless ’em for trying.

Creating an Oroboros of intellectual property theft, fake Pokémon Jade & Diamond are both just hacks and crude translations of Keitai Denjū Telefang, which was itself a rip-off of Pokémon, and came in two versions: Power and Speed. Power became Diamond and Speed became Jade.

Basically, instead of beating the tar out of animals and trapping them in palm-sized spherical prisons, you just go around and get their phone numbers, then give them a call if you’re ever in a pinch.

Gameplay has very few differences from real Pokémon games, playing like a poor man’s Pokémon normally, but the clunky translation makes this one even more difficult to play.

The monsters on both boxes may or may not look familiar, because they are not found in either Pokémon or Telefang games, with Diamond’s resembling a jacked-up Dratini, and the one on the cover of Jade is actually from Princess Mononoke.

These games are pirate versions of real Pokémon games, but they were botched so very badly I felt they were worth a mention, even if they aren’t eligible to be at the top of this Heap. 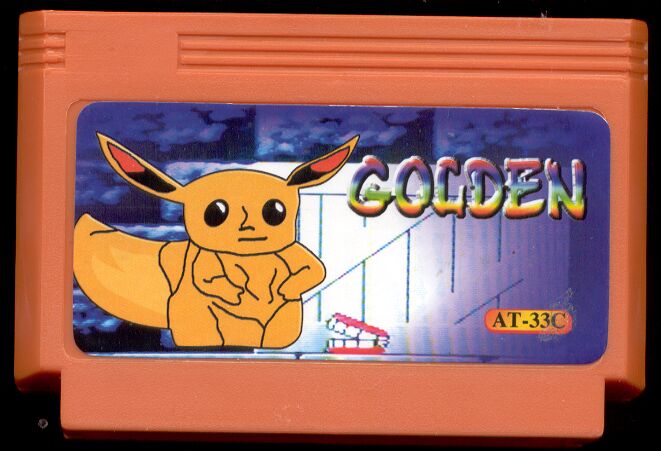 OK, stop the article. Look at that Famicom cartridge. Just look at that goddamn thing. With some of these other carts, there’s a bit of plausible deniability, but if you bought this game you knew perfectly well you were buying a pirate cart. Don’t you try to bullshit me. You did not confuse Pokémon Gold with this game that, going by the artwork, appears to be about a kid with progeria who got trapped inside a Spencer’s Gifts warehouse. Why would there even be gag chattering teeth?

Rather surprisingly, Pokémon Gold (or Golden) is the only of the Famicom/NES pirate games that actually is a Pokémon game. It’s a port of the real Pokémon Gold for Game Boy Color. However, it’s a sloppy, broken parody of the original, wrought with game freezes, and the in-game PCs don’t work. Adding insult to injury is the music, a horrid mess of off-key squealing that sounds like killing time at the square wave slaughterhouse. 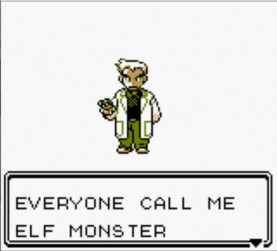 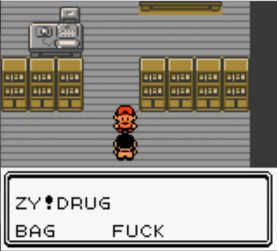 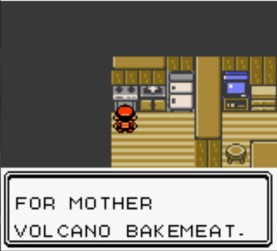 If the film world gets Backstroke of the West, then it’s only fair that videogames get their own translation atrocity. Enter Pokémon Vietnamese Crystal, a game that proudly puts on offer exactly what happens when a videogame is machine-translated from Vietnamese to English, possibly with a few stops at other languages on the way. The unrelenting insanity in this game ranges from calling all Pokémon “elfs” to occasionally busting out into fits of vulgarity for seemingly no reason, with plenty of good old-fashioned nonsense in between. 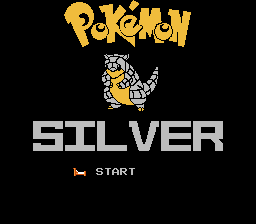 When trying to figure out which of a bunch of half-assed ROM hacks is the best, it’s easy—which is based on the best source material? In this case, since the competition is obscure, mediocre NES platformers, obscure, mediocre Game Boy platformers, and a poorly translated game about getting tree-dwelling monsters’ phone numbers, the one based on the excellent Little Nemo: The Dream Master for NES is the winner. Sure, the hack is a bit squirrely and sloppy, but the game itself is still a classic.

Star Fox 64 is the type of game to play when you're up late at night on Christmas Eve, soooo  incredibly excited about the new games that you'll be unwrapping on the following morn' that you can't fa