I’ve accepted that I’ll play just about anything.

A word of warning, for all of you: Playing Disney’s Extreme Skate Adventure caused me to fall headfirst into an abyss of severe depression and self-loathing. Living with the knowledge that once upon a fated moon I decided to put myself through this trauma is perhaps the worst of all heartaches one must suffer. Get out of here while you still can.

It started with the first few minutes, as things normally do. An opening video shows children bailing on skateboards to the dull throb of Simple Plan blurting about never wanting to grow up. Well, that figures. We’re talking about the band that does songs for the Scooby Doo cartoon. I don’t exactly see them as mature. 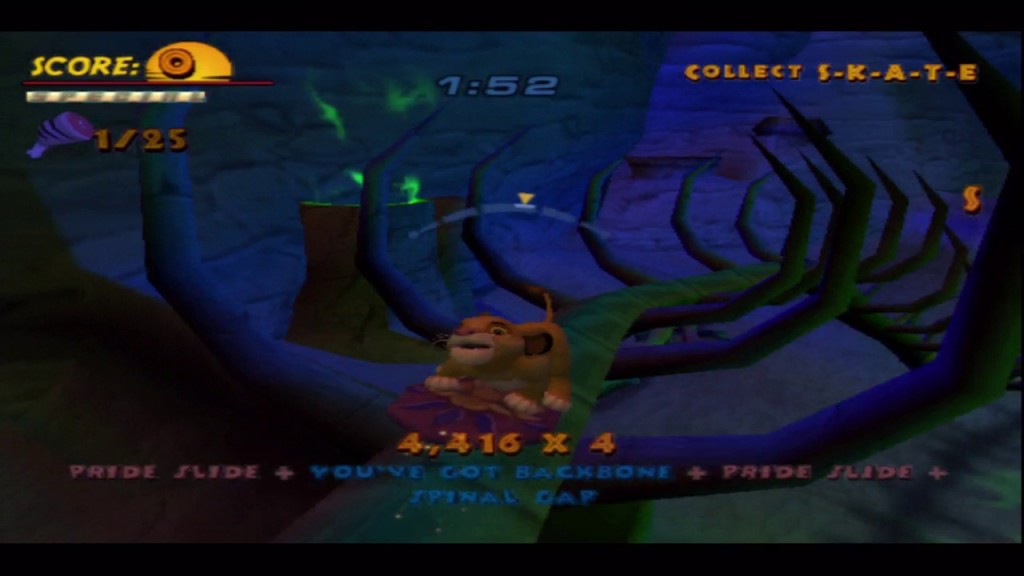 But there’s a reason I don’t like it; there would have to be. I object to the Disney licenses pasted all over this game, and the advertising stuffed into it. While it is novel to skate around Pride Rock as Simba and scare away Scar using a large boulder, the game has a dark and twisted ulterior motive; it serves to be an advertising vessel.

In the “real-world” level you’ll have to make McDonalds deliveries and collect ringtones for a Nokia phone. Quite frankly, these brands needn’t be here. What this game serves to do is advertise quarter-pounders and mobile phones to children. Surely this is obvious? The same in-game missions could exist without the branding, but no.

Among the positives of the game is the actual design of the “real-world” level, Olliewood. Yes, I know, it’s a pathetic name. The level contains varied scenery, such as a skate-park area, a supermarket, a pier, a cinema complex and a warehouse, all skate-able through. 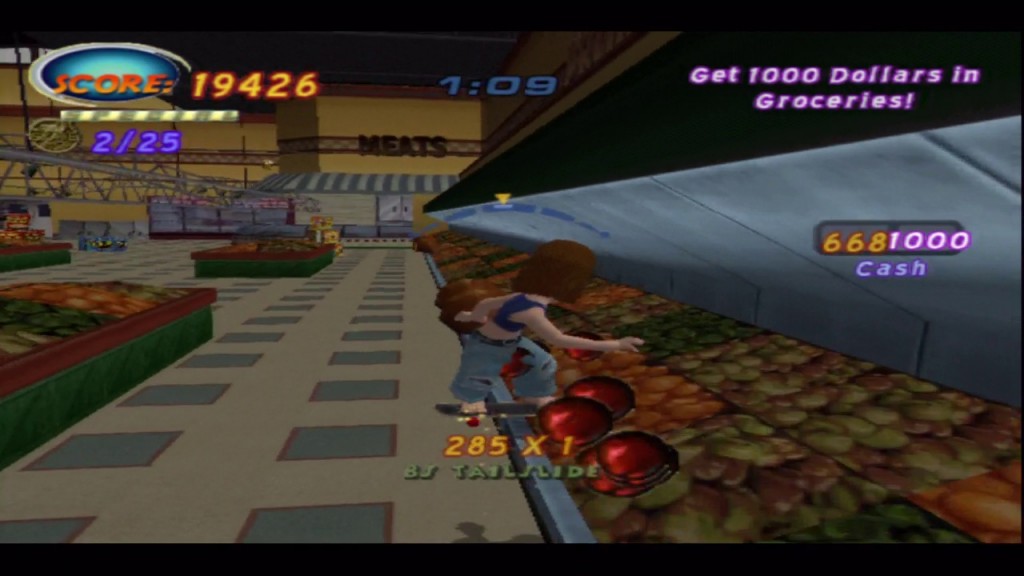 I Get Skate-Bored So Easily.

When it comes to the movie levels, you can take a custom-created skateboarder into them, or you can play through them with their associated movie characters. Toy Story, Tarzan and The Lion King are represented by their associated characters and levels.

Once I’d taken out a few of the goals, I started to realize that there’s no point to this game. With any ordinary Tony Hawk’s game there’s some progression. Here, there isn’t any. There’s no incentive to play through besides having paid money for the game and therefore feeling you have to get your money’s worth. There just isn’t any kind of decent reward for playing through this. The fun died for me early on.

With all these adverts, I feel like the game should have been free. For someone who waits with an itchy trigger finger poised for the “Skip Ad” button to appear when streaming online videos, I can’t stand being around so much advertising I can’t block out with browser plugins. 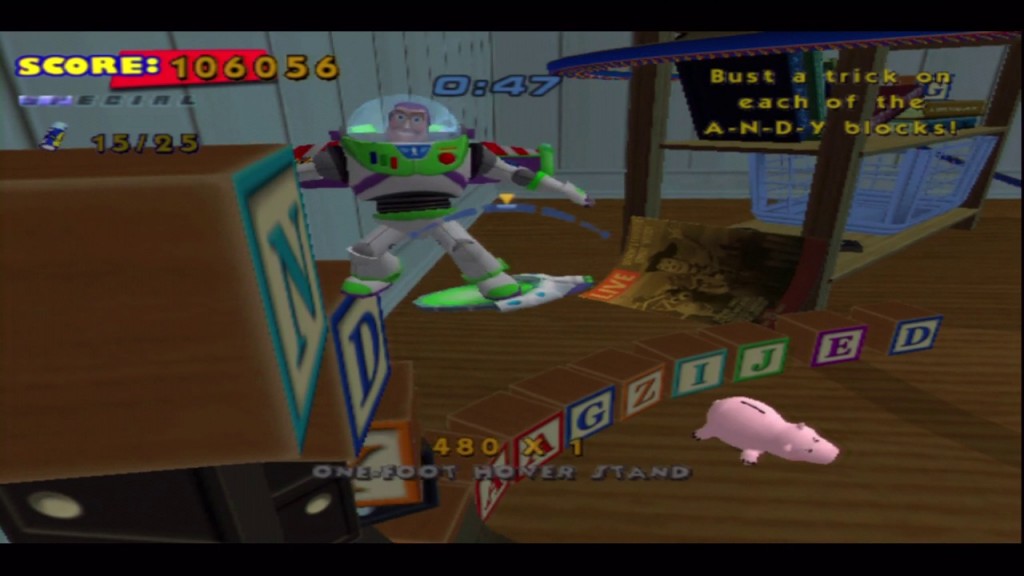 The controls are the worst offender. Although you can turn them back, the game automatically forces you into a one-button trick system. Apart from score challenges being rendered pointless and bewitchingly boring, the controls make it harder to get the on-screen skateboarder to do what you’re telling them to do. It’s like yelling tricks at your Nintendog; it’s just going to do whatever the hell it wants to anyway.

They just don’t make them how they used to. Disney games, I mean. Gone are the days, for me, that a Disney game fills me with joy and pride and glee. I’ve had to sit through Disney’s Extreme Skate Adventure, and write about the terrifying ordeal.

Well, I didn’t really have to do that, to be honest. Don’t waste your time on this. No, really.